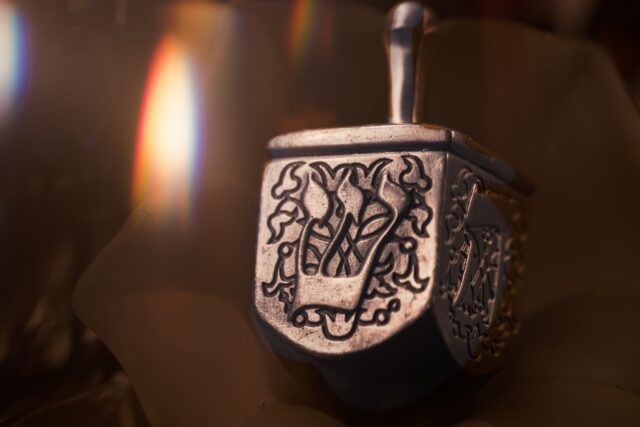 Abraham Walt (1872-1938), who wrote under the pen-name of A. Liessen, was born in Minsk to a family with an eminent rabbinic lineage. Like his ancestors, he demonstrated remarkable intellectual aptitude from a young age, which he put toward the study of Talmud. But like his contemporaries, he was attracted to non-religious works, especially books of history, and at the age of twelve he already had begun to have religious doubts. A year later, he was caught breaking the Sabbath in yeshiva, and from that point abandoned his observance of Halakhah. Because of this, he became an outcast in the Jewish community, leaving him homeless. After wandering in this state, he departed for Vilna, where he joined a group of Haskalists. There, he also became a leader in the realm of Jewish socialism, years before the birth of the Bund; some of his earliest poetry reflects these revolutionary themes. In 1896, he immigrated to the United States, and began publishing his poetry in the Forward. In 1913, he took over as editor of Di Tsukunft, which became the most significant journal of Yiddish literature in the country, and published the rest of his poems almost exclusively in the journal. Many of his later poems deal with Jewish history, nationalism, and heroism, though I am particularly drawn to his more tradition-oriented work. Despite being extremely prolific, no extensive translation of his work exists; someday, I hope to publish one myself.

“Hanukkah,” published in 1932, is a poignant recollection of Liessen’s early experience of the holiday. At sixty years old, far-removed from his childhood home and traditional upbringing, he must have longed for his youthful “memory of the wonder.” But that innocence was something he had lost long before, as his child self set out to find the wondrous spirits, only to find “no sign of their existence.” Although the poem ends on this note of helpless longing, it is not without hope. At this stage in his life, Liessen surely connected with his parents’ experience of the holiday, and particularly his father, who is the one who gave him that sense of wonder through his evocative story-telling. With time, the poem suggests, the naive sense of enchantment we have as children is replaced by the more “realistic,” yet equally wonderful, appreciation of the holiday’s tradition and history.

Wonder of my youth, of my early years,
Of the first stirrings of my conscious mind;
Lights of a world, long since laid to waste,
Beloved delight of Hanukkah nights.

The wind strikes on the window pane,
Where my father looks, uplifted,
With the shamash candle ready.
He looks into the night, snow-drifted,
In the darkness, in the blindness,
Blesses and then lights the candles.

The thinnest glimmer falls from them,
Twitching, playing on my face,
While at the window, in the dark,
A thick panic spins in place.
So, my spine begins to shudder,
As there rages in the darkness,
In this holiday’s fair hour,
A blizzard of a thousand spirits.

Still, the rapture lights up my heart,
As Father sings to the evils outside,
Where the nearby cloister ushers darkness,
And terribly rushes and incites.

Then my heart recalls the joy,
How Father once gave me a gift,
Singing just like this, a dreidel,
And bustling, refined and quiet,
Mother cast out from the kitchen,
Smiles, glows, looks of elation.

In the leaden entertainment
Father was absorbed, like me,
As the fat and little dreidel
Rocked and swayed intriguingly,
Standing, like a pious Jew,
Engaged in the most solemn praise
Until it finally falls down
In a silent weakened faint.

Then Father, proudly, begins to explain,
All the letters on the dreidel’s four sides,
And I listen closely to the story
Of the miracle from distant times.

From outside, I hear the wailing,
As Antiochus’s soldiers
Storm through every crack and fissure
And fall upon us with their numbers—
They, who were so strong and evil;
We, the weak and righteous people.

And the candles still are burning,
Like a luminescent symbol,
So that no wind can possibly
Get so far and reach our people—
When from the darkness, from the white
The enemies breathe out with frost,
The wild, the unruly “Greeks,”
And tearing, clawing, they push on.

Then, Father speaks of the Hasmoneans,
How they stood up to the wicked people.
Their strength came from the greatest hope,
And so took place the Hanukkah miracle.

Like a spirited horse-rider,
It rises from a world far off,
And from every side there shines
The history of times long gone;
It comes through night and wind and snow,
And spins before the candles’ glow.

And in the morning, the wonder wakes me,
Through the gleam of the frosted window,
Glowing with all the rainbow’s colors
Playing with each speck of sun in the snow.

And I let myself out with a cake
Onto the street to seek the spirits;
But all I see is pure-white snow
With no sign of their existence.
And the snow beams, and the snow shines,
In every way I turn my eyes.

Still, I wait for the miracle
In the wondrous world before me,
As it passes through gentle snow
And over the sun-flooded streets.
Will it come today from afar
To spin before the candles’ glow?
Like a spirited horse-rider,
Will it come through night, wind, and snow?

Wonder of my youth, of my early years,
Of the first stirrings of my conscious mind;
Lights of a world, long since laid to waste,
Beloved delight of Hanukkah nights.