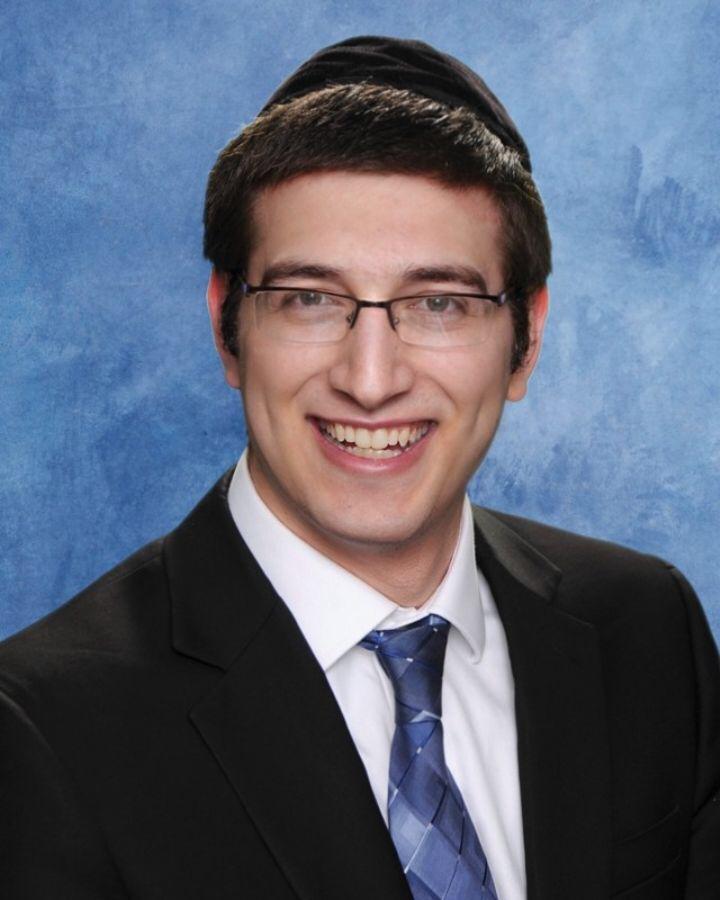 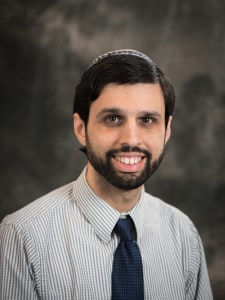 David Fried teaches Judaics at Ramaz Upper School. He has semikha from Yeshivat Chovevei Torah and has learned at Yeshivat Har Etzion. He lives in New Jersey with his wife Molly and their two sons Elchanan and Saadia. 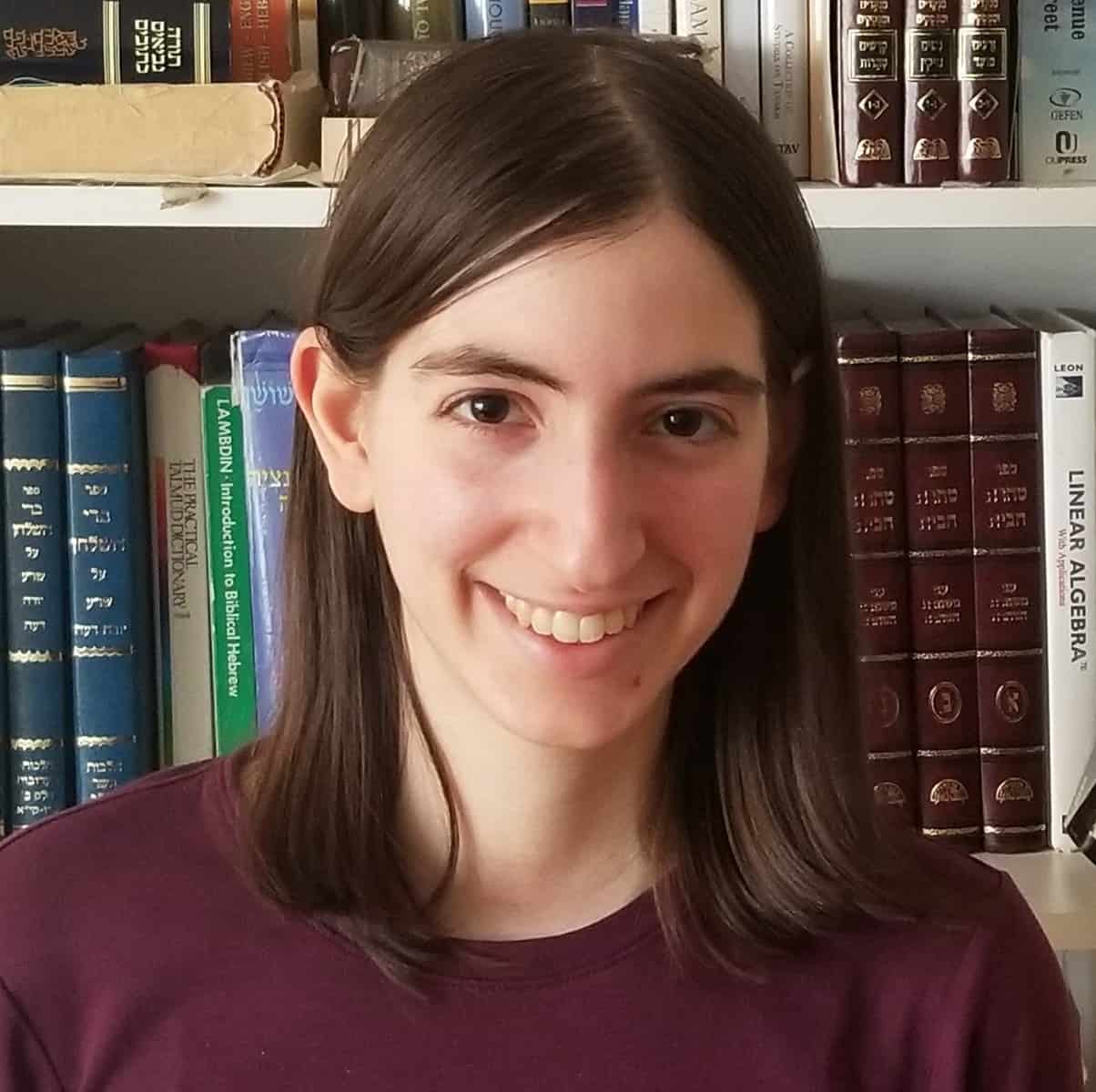 Davida Kollmar is a Data Scientist at Cherre, a real estate data startup. Formerly, she was the Program Administrator at the Center for Modern Torah Leadership, running their Summer Beit Midrash program. She has also tutored Statistics and Jewish Studies to Associates Degree students at Yeshiva University’s Katz School, and taught Halakhah and Physics Lab at Yeshiva University High School for Girls – Central. Davida is a graduate of NYU, GPATS, Stern College for Women, and Nishmat’s Shana Ba’Aretz program. 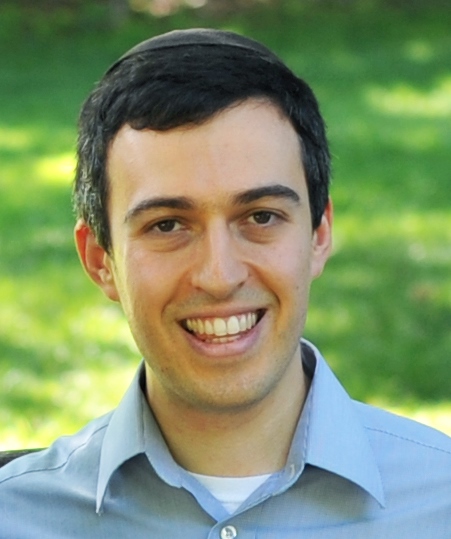 Yosef Lindell is a lawyer, writer, and lecturer living in Silver Spring, MD. He has an MA in Jewish history from Yeshiva University and a JD from NYU Law, where he was a Tikvah Scholar in 2011. His writing spans several genres, from science fiction to Jewish scholarship, and in addition to writing for the Lehrhaus, he’s been published in venues such as the Atlantic, the Forward, Modern Judaism, and Jewish Action. 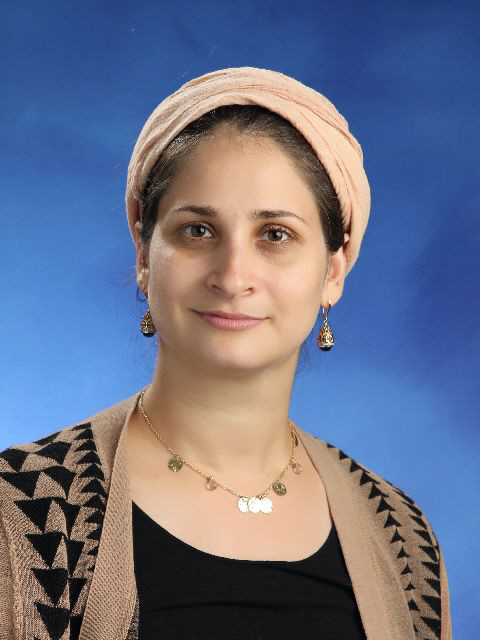 Lea New Minkowitz currently teaches history and Judaic Studies at Bnei Akiva Schools, a religious Zionist high school in Toronto. Lea graduated summa cum laude from Stern College for Women with a B.A. in history where she co-edited the YU history journal with fellow Lehrhaus editor Yosef Lindell. She holds a dual M.A. in Hebrew & Judaic Studies and Education & Jewish Studies from New York University, where she studied as a Wexner Fellow and Jim Joseph Foundation Fellow. More recently, Lea received her B.Ed from the York University Jewish Teacher Education Program. She serves as Rosh Chinuch for Camp Moshava Ba’Ir Toronto and teaches a weekly Tanakh class for the Mekorot Institute of Torah Learning for Women. Lea lives with her husband and two young children in downtown Toronto. 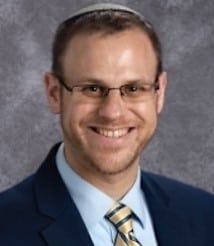 Tzvi Sinensky is Upper School Principal and Director of Judaic Studies at Main Line Classical Academy, and Director of the Lamm Heritage Archives at Yeshiva University. He recently completed his PhD in Jewish Philosophy on the subject of rabbinic conceptions of manhood at the Bernard Revel Graduate School of Jewish Studies. A popular lecturer and author, Tzvi completed three book-length series published by Yeshivat Har Etzion’s Virtual Beit Midrash, and has served as a Lehrhaus editor for over four years. Tzvi lives in Lower Merion, PA, with his wife and three children. 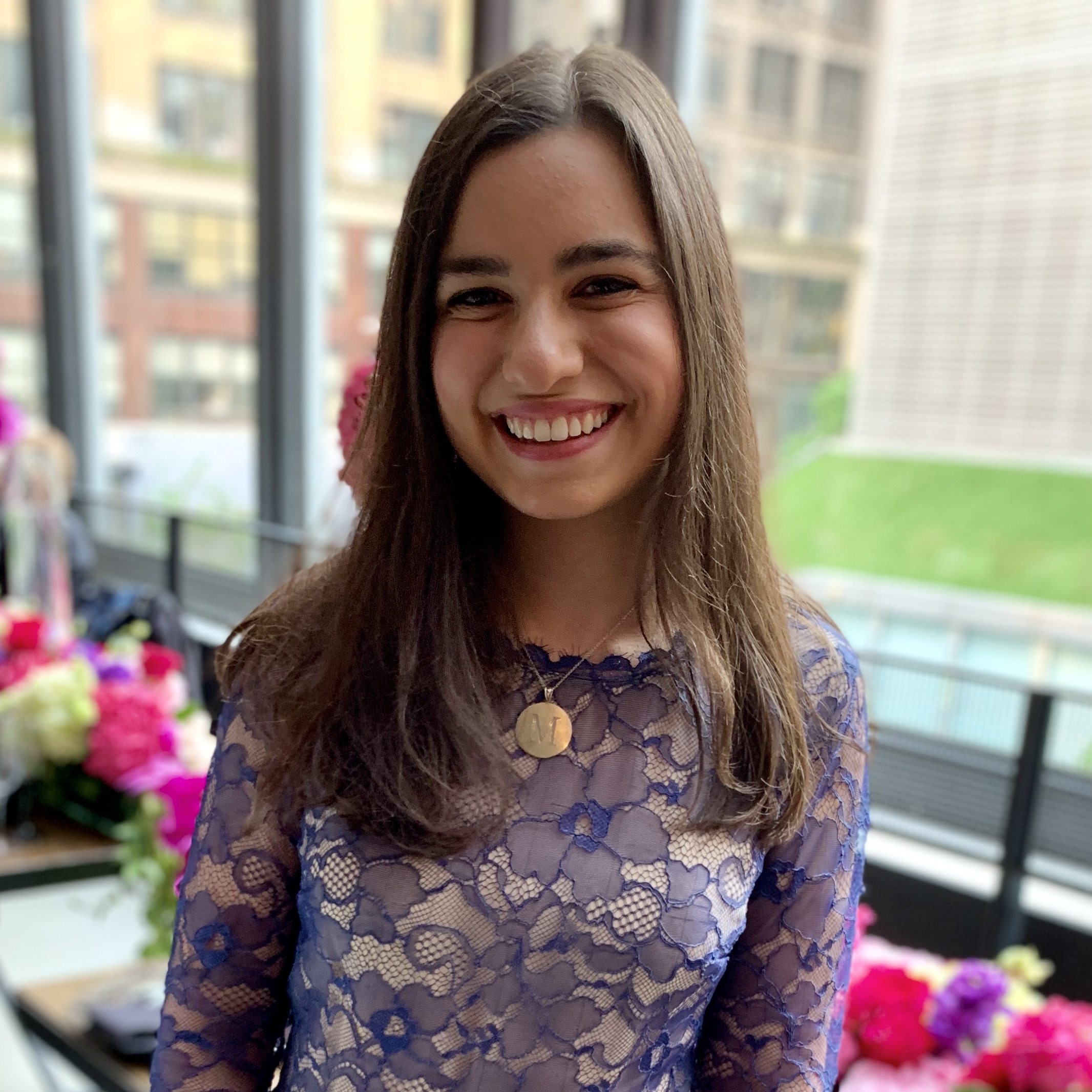 Miriam Zami is a PhD student in Talmud and Ancient Jewish History at the Bernard Revel Graduate School of Jewish Studies. Formerly, she served as the Springboard Fellow for the Hillel at Baruch, City, and John Jay Colleges, where she developed curricula and led Jewish programming for hundreds of students across New York City. She is an alumna of Stern College for Women, Midreshet Lindenbaum, and various bet midrash programs including Drisha and the Center for Modern Torah Leadership. Miriam lives in Manhattan with her husband. 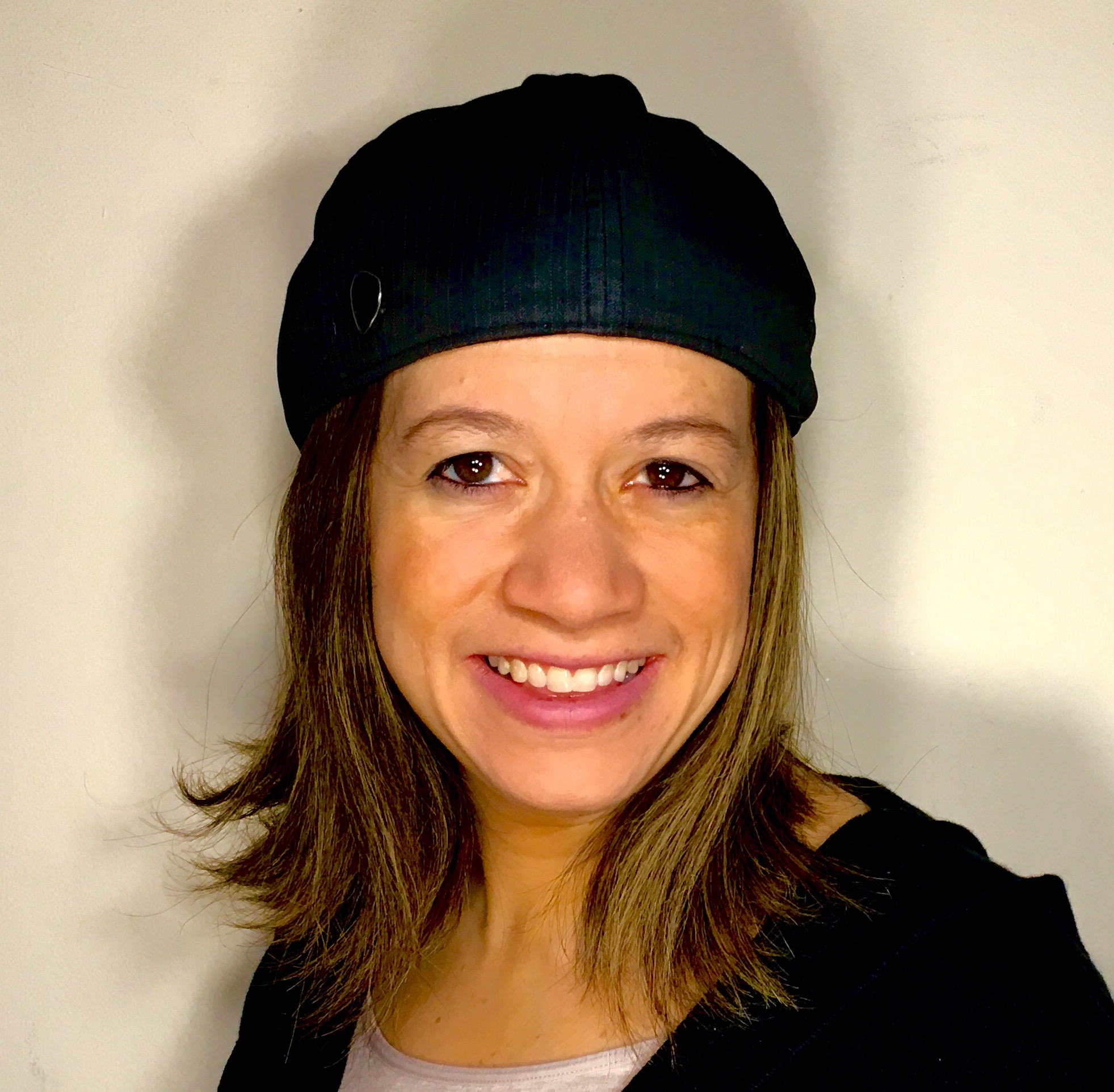 Miriam Krupka Berger currently serves as Dean of Faculty at the Ramaz Upper School in Manhattan, NY, where she has taught Tanakh and Jewish Philosophy since 2006. In addition to her current role, she shapes Judaic Studies curriculum and teaches interdisciplinary seminars. Ms. Krupka completed an M.A. in Jewish Philosophy from Columbia University where her thesis work focused on the messianic writings of Isaac Abarbanel. Ms. Krupka has lectured widely to adult audiences in a variety of venues and sees Biblical Text as the foundation for all thoughtful philosophical discussion.  Miriam currently lives in Teaneck, NJ with her husband, Dr. Ari Berger, and sons, Etai, Gavriel, and Shai. 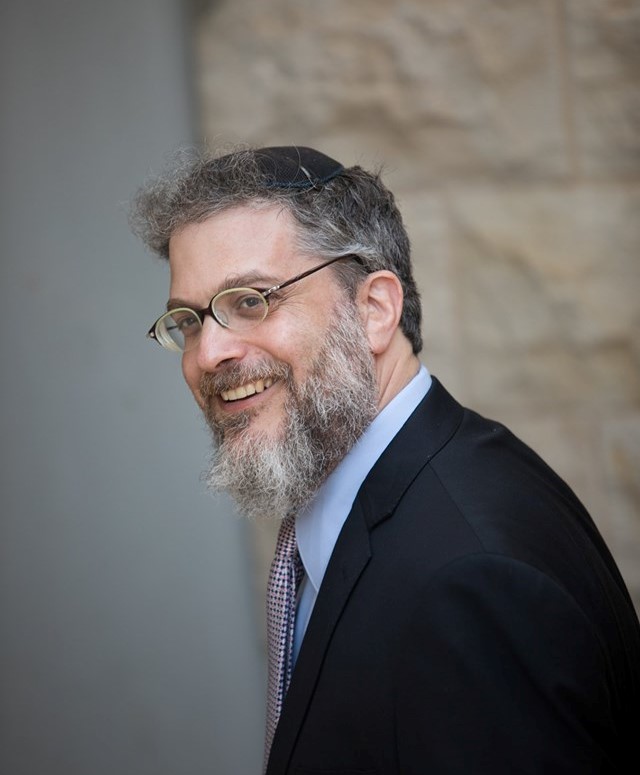 Elli Fischer is an independent writer, translator, and editor. He is editor of Rabbi Eliezer Melamed’s Peninei Halakha series in English and cofounder of HaMapah, an project that applies quantitative analysis to rabbinic literature. He is a founding editor of The Lehrhaus, and his writing has appeared in numerous Jewish publications. Among the issues he writes about are religion and politics in Israel; the interplay between legal and nonlegal elements of the Talmud; Jewish religious culture; and Central European Jewish History. Previously, he was the JLIC rabbi and campus educator at the University of Maryland. He holds degrees from Yeshiva University, rabbinical ordination from Israel’s Chief Rabbinate, and is working toward a doctorate in Jewish History at Tel Aviv University. Originally from Baltimore, he currently resides in Modiin, Israel, with his wife and four children. 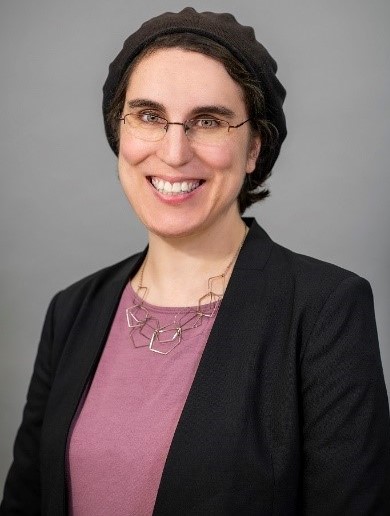 Miriam Gedwiser teaches Talmud and Tanakh at the Ramaz Upper School and is on the faculty at Drisha. She has a B.A. in the History, Philosophy, and Social Studies of Science and Medicine from the University of Chicago and a J.D. from N.Y.U. School of Law. Miriam studied at Midreshet Lindenbaum and in the Drisha Scholar’s circle, as well as at other programs in Israel and Boston. She previously practiced commercial litigation at a large law firm and clerked for the Hon. Debra Freeman, U.S.M.J., in Manhattan.  Miriam serves as a guest lecturer at synagogues and programs around the Northeast, and has written on topics of Jewish and Torah interest for The Lehrhaus, The Forward, the Center for Modern Torah Leadership blog, and Project 929.  She also serves on the board of the Center for Modern Torah Leadership and on the Advisory Board of The Susi Bradfield Women’s Institute of Halakhic Leadership. Miriam lives in New Jersey with her family. 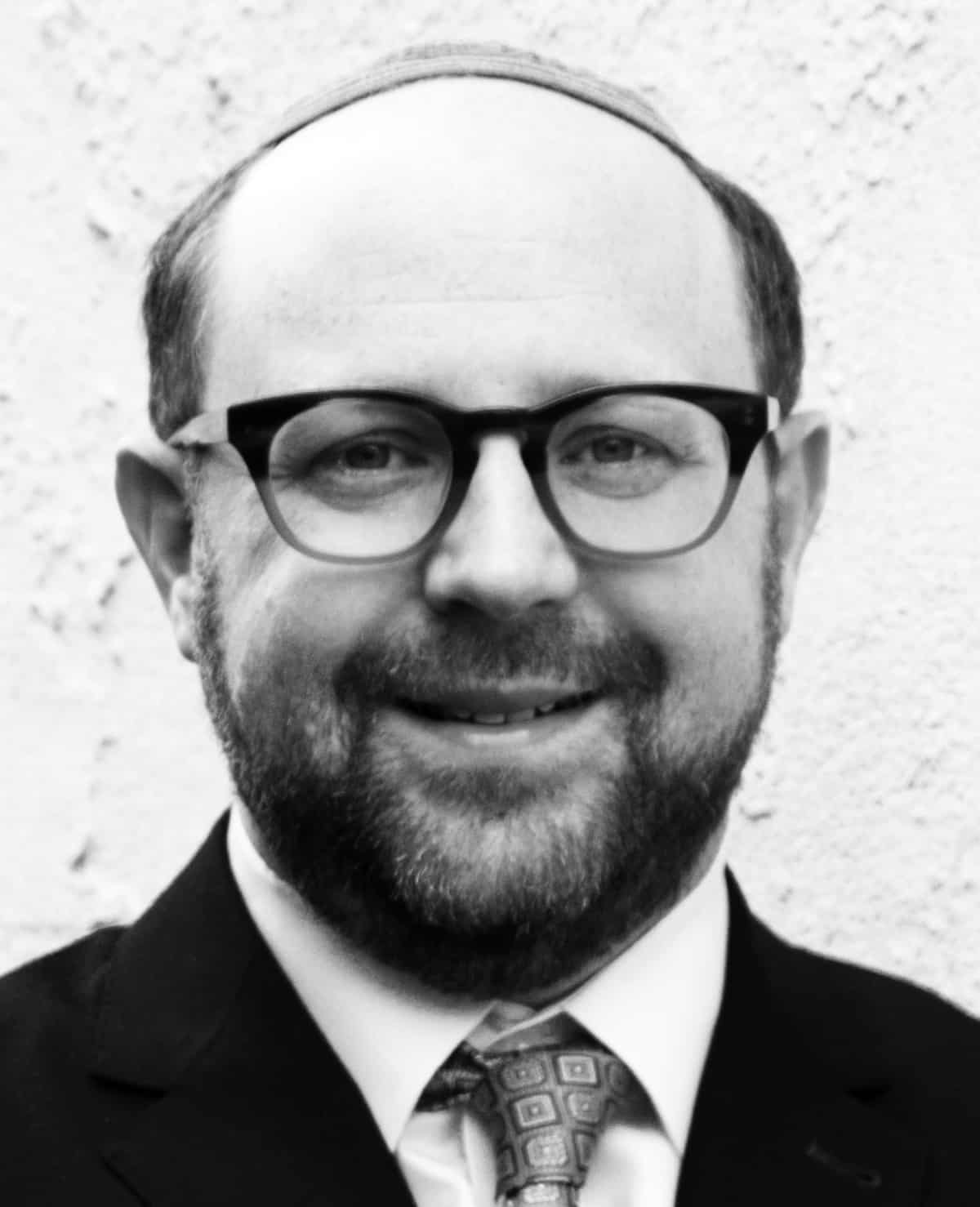 Chaim Saiman is a Professor of Law at Villanova University where he teaches Jewish law, Contracts and Insurance law. He has served as the Gruss Professor of Talmudic Law at Harvard Law School and University of Pennsylvania Law School, as a fellow in Religion and Public Life at Princeton University, and as a visiting professor at Hebrew University and Bar-Ilan. Chaim has also served as an arbitrator on rabbinical courts and as an expert witness in insurance law and Jewish law in federal court. His book Halakhah: The Rabbinic Idea of Law was Published by Princeton in 2018. 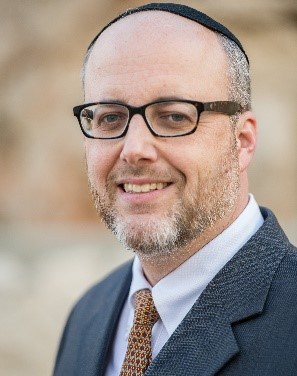 Jeffrey Saks is the founding director of ATID – The Academy for Torah Initiatives and Directions in Jewish Education, in Jerusalem, and its WebYeshiva.org program. He is Editor of the journal Tradition, Series Editor of The S.Y. Agnon Library at The Toby Press, Director of Research at the Agnon House in Jerusalem, and faculty member at Midreshet Amudim. A three-time graduate of Yeshiva University (BA, MA, Ordination), Rabbi Saks has published widely on Jewish thought, education, and literature. 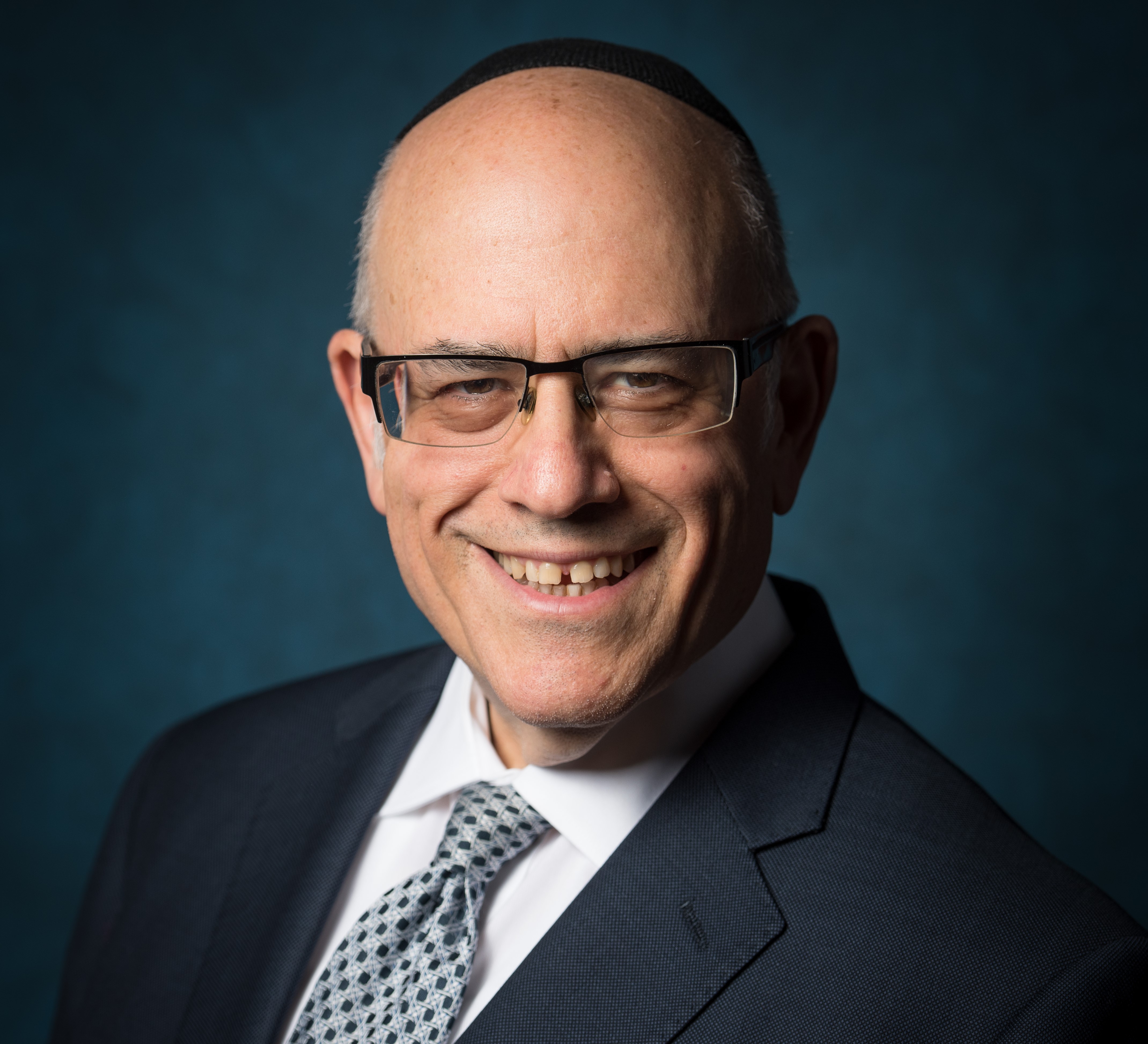 Jacob J. Schacter is University Professor of Jewish History and Jewish Thought and Senior Scholar at the Center for the Jewish Future at Yeshiva University. He previously served as Dean of the Rabbi Joseph B. Soloveitchik Institute in Boston, Rabbi of The Jewish Center in New York City, and Rabbi of the Maimonides Minyan in Brookline, MA. Dr. Schacter holds a Ph.D. in Near Eastern Languages from Harvard University and received rabbinic ordination from Mesivta Torah Vodaath.

Dr. Schacter is co-author of the award winning A Modern Heretic and a Traditional Community: Mordecai M. Kaplan, Orthodoxy, and American Judaism (1996), author of The Lord is Righteous in All His Ways: Reflections on the Tish‘ah be-Av Kinot by Rabbi Joseph B. Soloveitchik (2006), and close to one hundred articles and reviews in Hebrew and English. He is the editor of Reverence, Righteousness and Rahamanut: Essays in Memory of Rabbi Dr. Leo Jung (1992), Jewish Tradition and The Nontraditional Jew (1992), and the award winning Judaism’s Encounter with other Cultures: Rejection or Integration? (1997), and co-editor of The Complete Service for the Period of Bereavement (1995) and New Perspectives on Jewish-Christian Relations: In Honor of David Berger (Brill, 2012). He is the Founding Editor of The Torah u-Madda Journal, a prestigious academic publication which has gained international acclaim. 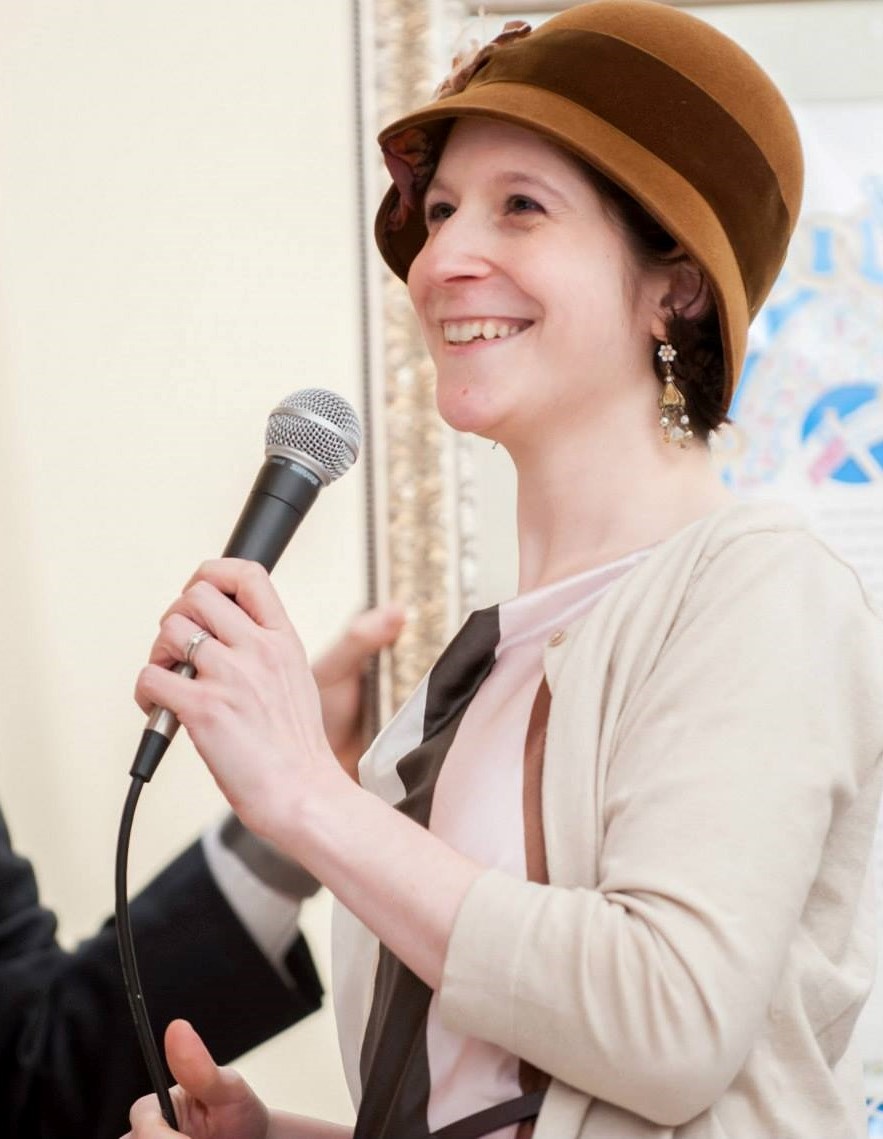 Sara Tillinger Wolkenfeld is the Director of Education at Sefaria, a new online database and interface for Jewish texts. She is passionate about Talmud education and expanding Jewish textual knowledge for all. Her previous experience includes serving as Director of Education at the Center for Jewish Life – Hillel at Princeton University as part of the OU’s Jewish Learning Initiative on Campus. She studied Talmud and Jewish Law at various institutions of Jewish learning in Israel and America including Midreshet Lindenbaum, Drisha, Nishmat, and Beit Morasha and speaks on various Jewish topics at synagogues, schools, and in university communities. She lives in Chicago with her husband and their five children. 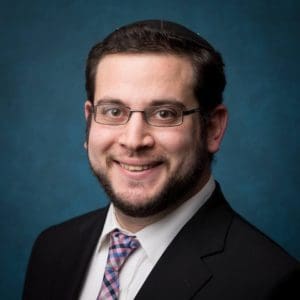 Shlomo Zuckier, a Founder of the Lehrhaus, is the Flegg Postdoctoral Fellow in Jewish Studies at McGill University and a lecturer at the Bernard Revel Graduate School of Jewish Studies. He recently completed a PhD in Religious Studies at Yale University as well as studies in Yeshiva University’s Kollel Elyon. Shlomo was formerly Director of the Orthodox Union’s Jewish Learning Initiative on Campus at Yale University. An alumnus of Yeshivat Har Etzion and Yeshiva University (BA, MA, Semikhah), he has lectured widely across North America, and is excited to share Torah and Jewish scholarship on a broad range of issues. He has taught at Yale Divinity School, Yeshiva University, the Drisha Institute, Bnot Sinai, and Tikvah programs, and has held the Wexner and Tikvah Fellowships. Shlomo serves on the Editorial Committee of Tradition, is co-editor of Torah and Western Thought: Intellectual Portraits of Orthodoxy and Modernity, and is editing the forthcoming Contemporary Uses and Forms of Hasidut. 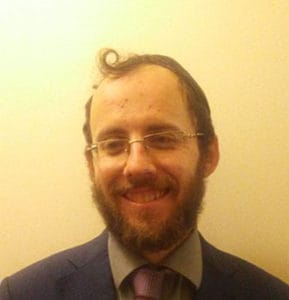 Copy Editor – Jonathan Engel earned his BA in mathematics with a minor in Judaic Studies at Brooklyn College, where he was also an active member of the OU-JLIC community. He completed further academic coursework in Judaic Studies at Hebrew University, Tel Aviv University, and Yeshiva University, and spent four years studying at Yeshivat Netiv Aryeh in the old city of Jerusalem. Jonathan earned his JD, magna cum laude, from Brooklyn Law School, where he was on the editorial staff of the Brooklyn Journal of International Law. Jonathan is currently a Court Attorney for the New York State Unified Court System, and is on the editorial staff of Jewish Bible Quarterly. 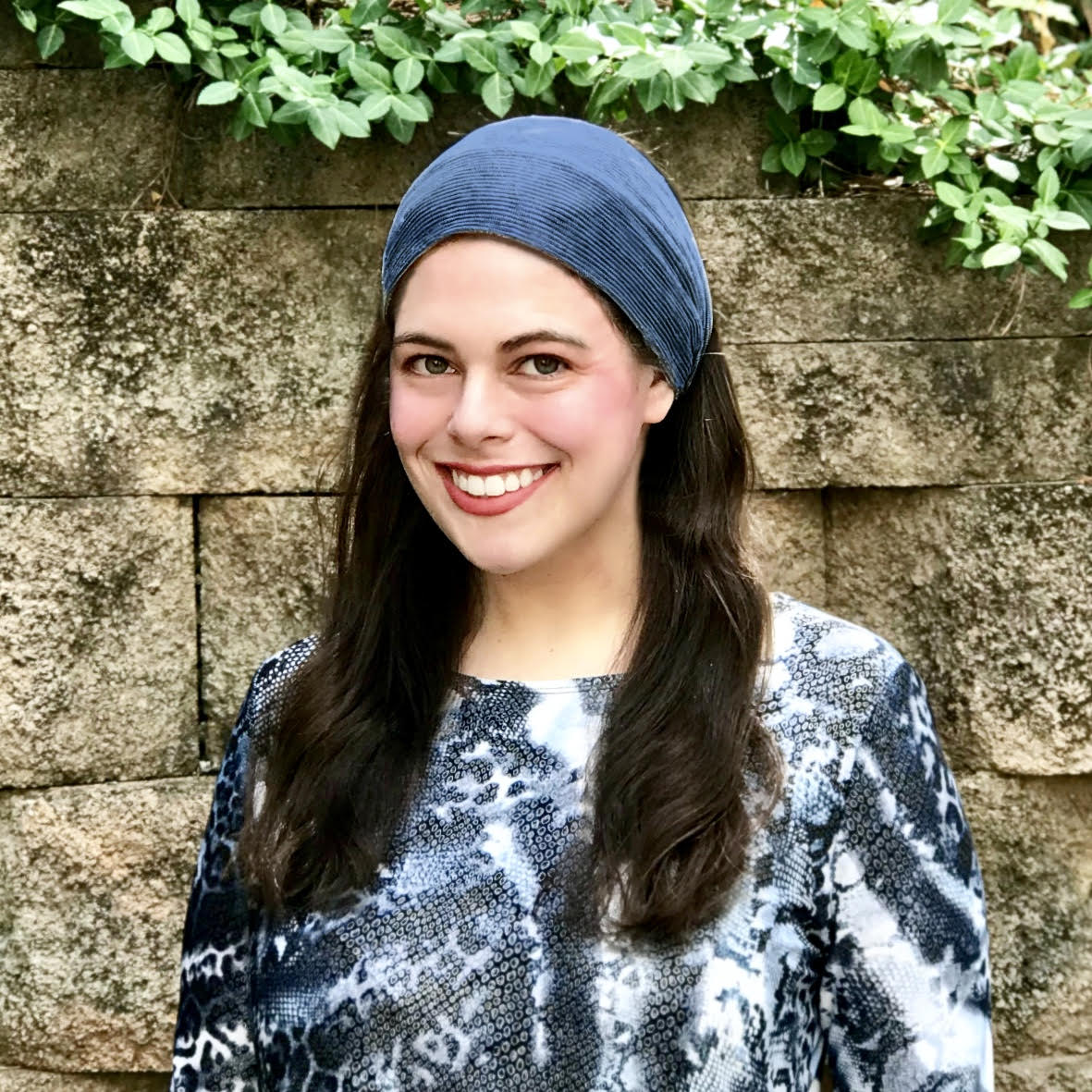 Copy Editor – Ashley Stern-Mintz is a Master’s student at Brandeis University. She is pursuing a joint MA in Judaic Studies and Women’s Studies. In 2019, she graduated from Emory University with a BA in History, Religion, and Jewish Studies. She also works as an academic copyeditor at Emory School of Law in the Center for the Study of Law and Religion, where she assists professors with their publications. Ashley currently lives in Atlanta, GA with her husband, Ariel. 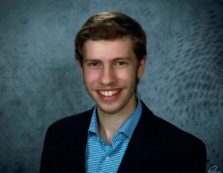 Website and Social Media Manager – Matt Feiler is thrilled and honored to be a part of The Lehrhaus team. Matt is an elementary school Jewish educator. Most recently, he taught Judaics Studies at Solomon Schechter Day School of Bergen County. Matt also edits and produces podcasts such as The Tall Two Jew Show, All About Audiology, and Inspired Jewish Women. On Sundays, he hosts The Jewish Music Show which is streamed on WFDU HD2 Teaneck. In his free time, he enjoys hanging out with friends, traveling, and listening to music. Matt looks forward to supporting the Lehrhaus team through social media outreach and spreading the word about Lehrhaus’ new content.