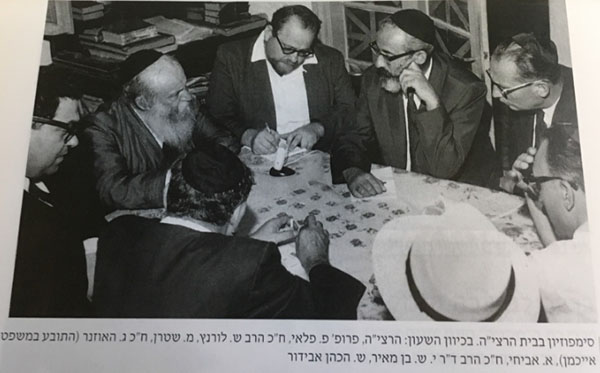 Pinchas Peli (aka Hacohen) (1930-1989), a fourth-generation Jerusalemite, was born in Batei Mahseh in the Old City. He received a traditional yeshiva education and was ordained as a rabbi. Later, in the United States, Peli received a doctorate and went on to become a professor of Jewish thought in various universities in Israel and abroad. In the United States, he befriended two spiritual luminaries, Abraham Joshua Heschel and Joseph B. Soloveitchik. A talented writer and journalist (editor of the now defunct religious magazine Panim el Panim), Peli was instrumental in popularizing the thought of Soloveitchik and Heschel.

Hacohen adopted the pen name “Peli” based on the verse in Judges 13:18: “Why do you ask for my name? It is wondrous (peli).” 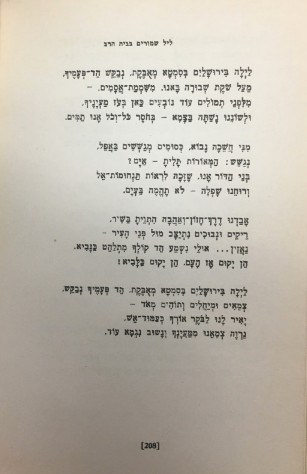 “A Night of Watching in the House of the Rav” appeared in a collection of Peli’s poetry entitled “Mi-Shirei ha-ben ha-shav li-Yerushalayim” (“Songs of the Son Returning to Jerusalem”). The collection was published in Emunim (Jerusalem: Mosad Harav Kook, 1954), an anthology of religious poetry edited by Peli. Besides that of the fledgling poet (Peli was twenty-four in 1954), the anthology included poetry by the celebrated Yosef Tzvi Rimon (1889-1958) and other more established figures.

The poem recreates the atmosphere of one night in Beit Harav (the House of the Rav), a stately structure built in 1923 by New York philanthropist Harry Fischel to serve as the residence of Chief Rabbi Abraham Isaac Hakohen Kook and his yeshiva, Merkaz HaRav.[1] 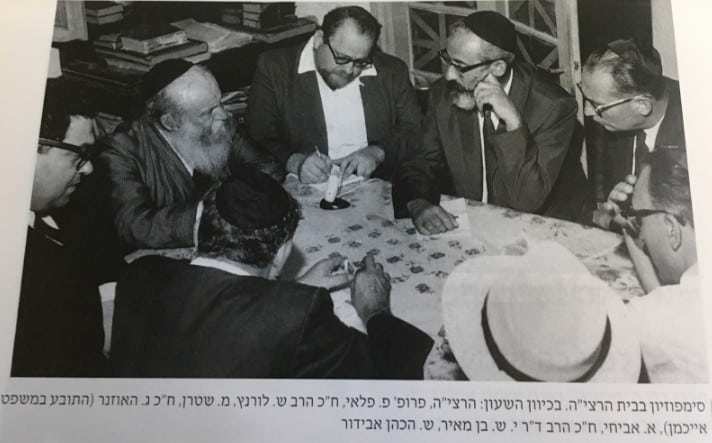 Photo of journalist Pinchas Peli to the left of Rabbi Zevi Yehudah Hakohen Kook, taking notes of the conversation. This symposium took place in the home of Rabbi Kook at 30 Ovadiah Street in the Ge’ulah section of Jerusalem. Peli is seated between Rabbi Kook and MK Rabbi Shlomo Lorincz. Also present during the discussion is Gideon Hausner (who prosecuted Eichmann).

In the world of yeshivot, a “leil shimurim” (“a night of watching”) would be an entire night spent immersed in Torah study. One gathers that during one such all-night vigil, the poet was seized with an intense longing for the prophetic voice of the Rav that once sounded between these very walls and is now muted. The young student of Torah was also struck by a biting irony: The vision of national rebirth that Rav Kook captured in poetry has come to fruition, but alas, the generation who enjoy “God’s consolation” are unable to rise to the occasion. They lack Rav Kook’s vision, his voice. Finally, the poet expresses the prayer that we, the generation of the rebirth of Israel, may yet drink from those wellsprings of prophecy.

A Night of Watching in the House of the Rav

Translated from the Hebrew by Bezalel Naor

Night in Jerusalem.
In a dusty alley
we seek the sound of your steps.
We have come from a broken trough.
Yesterday
there yet flowed here
your mighty wellsprings.
Our tongues languish from thirst.
Lacking all,
we are finished.

From darkness we come
like blind men groping in the gloom.
The luminaries that you fixed in the heavens—
Where are they?
We are the generation
that merited to see God’s consolation
and our spirit is lowly.
It does not roar with might.

We have lost the way
of vision-and-love
that you set to song.
We stand opposite the city
empty and confused.
We listen…
Perhaps we shall hear
the echo of your voice
thundering as a prophet’s.
Then the people shall rise up,
rise up like a lion!

Night in Jerusalem.
In a dusty alley
we seek the sound of your steps.
We are thirsty
and hoping
and searching.
By morning
let your light
shine for us
as a pillar of fire.
From your spring
we shall slake our thirst
and gulp yet again. 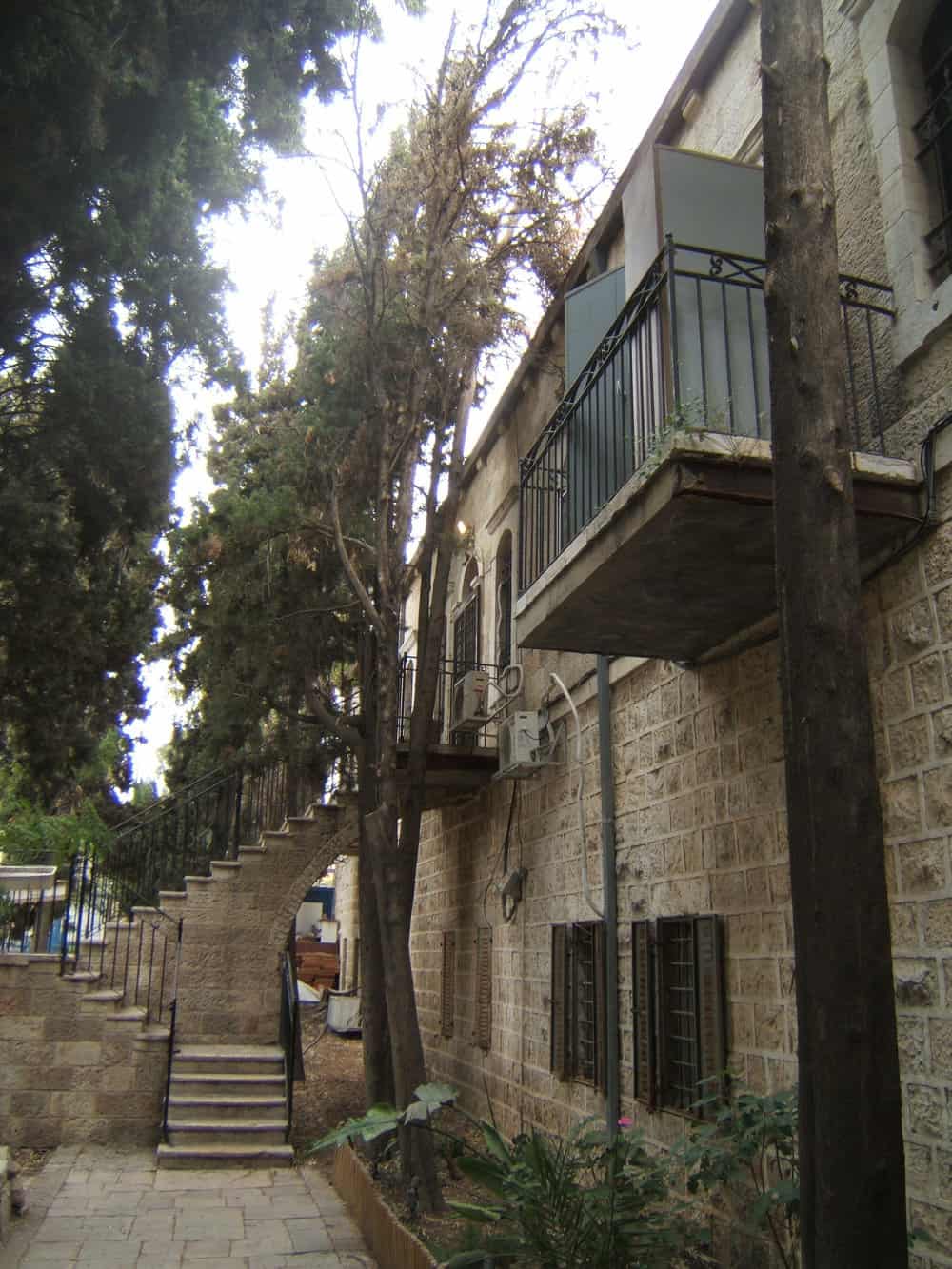 [1] The late Chief Rabbi Avraham Shapira revealed to this writer that as a kohen, Rav Kook felt it would be inappropriate for him to own real estate in Eretz Yisrael. This is certainly not halakhah but a personal practice of Rav Kook and later his son Rabbi Zvi Yehudah Hakohen Kook. Because Rav Kook was never willing to assume ownership of the building, to this day a “cloud” hangs over the real estate at 9 Harav Kook Street, Jerusalem.