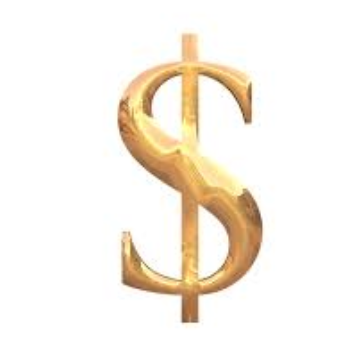 I appreciate Rabbis Kelman and Soffer taking the time to respond to my article and further enrich the conversation about affordability in Jewish education. In their respective critiques, I believe both writers miss the fundamental point of my argument.

In his response titled “Philanthropy Works; We Just Need More of It,” Kelman writes: “It is undoubtedly true that the cost per student has risen dramatically over the years. However, Rapp’s solution—asking donors to stop giving money to schools, thereby forcing serious cost cutting—is extremely unlikely to help, and quite certain to make the problem worse.”

Any why wouldn’t they keep rising? The only way any business or organization is going to lower the cost for a given product or service is if someone else can offer the same product or service at a lower cost, and if the consumer is free to choose between the two. In the market for Jewish education, both of these conditions are imperiled. The market is limited to a relatively small number of schools whose steadily rising costs are buttressed by increased philanthropic subsidy. There is little incentive for a school to lower costs, and there is limited freedom for the consumer to choose to go elsewhere for the same product. As long as schools can keep raising money, increasing the number of families receiving subsidy, they can simply tell families to request subsidy instead of thinking about lowering the cost. Further, as long as schools can successfully invest in cultivating donors, they can sustain the rising costs.

But herein lies the problem. When schools must increasingly invest in cultivating donors to subsidize more and more of their customers, they are incentivized to maintain that subsidy at the cost of their customers’ desires. This is a fairly typical result when any market is subsidized. The consumer is mostly stripped of his ability to impact price because price is now informed by the scale of the subsidy.

Let’s consider a family with four children, earning a total household income of $300,000 per year with an $85,000 tuition bill. The family can squeeze to pay $65,000, and the schools will accept that price. But this family also wants to do some renovations on its home, a purchase that would be in reach for a public school family in the same economic position. So while the family can pay $65,000, obtaining the $20,000 subsidy means it will be forced to forfeit the renovations. (I believe looking at family spending is a reasonable requirement for any tuition committee attempting to fairly allocate resources. It’s a necessary evil resulting from a broken system.)

But what if this family said it only wants to spend $50,000 on Jewish education? What if 20 or 40 or 60 families earning around the same income say they would only like to spend $50,000? As it stands now, this consumer preference has minimal impact on market price because these families can pay $65,000 and the school has fundraised to cover the rest. The only options available to them are to forfeit a Jewish education or pay the $65,000.

Schools will undoubtedly say that they have done everything possible to lower costs as much as possible for this family. But is that true? Did the schools ever have a real economic incentive to lower costs to $50,000, which is what these families want? No, the schools’ primary incentive was to raise enough money to subsidize costs down to $65,000, which may be what the family can afford, but may not be what they wanted.

Now consider the same families in a market where the schools must charge exactly what it costs them to educate each child. And let’s assume nothing else changes. The tuition bill per family is still $85,000. But instead of the school offering a subsidy, an external philanthropic bank offers the same $20,000 subsidy to bring the effective fee down to $65,000. But because the bank is, well, a bank, it also offers a low interest loan of $15,000 payable over 5 years so families can have the choice to take a more affordable loan and have that renovation done. Right off the bat, the consumer has more choice just because of a more flexible financing vehicle.

But the consumer also has much more power: now these families can say to schools, we actually don’t want to take out a loan, and we still want that renovation. We are only willing to pay $50,000. The schools go to donors and say that they can’t afford to provide an education at $50,000, and the donors say, well we’re providing the same $20,000 in subsidy we did when we were giving it to the school. In fact, we’re also providing a facility for a $15,000 loan that we were unable to provide when the financing went through the school. Your customer is telling you to cut costs. If the only way to do that is to cut service, then the customer will realize one of three things: 1. They would rather forfeit the home renovations and pay for the educational product they are used to; 2. They will take out those loans and get both; or 3. They would prefer to take their chances on a new educational product at a lower cost.

Now the purchaser of the education is completely in the driver’s seat to decide on the price and product she wants. There would also be considerable incentive for schools to compete to provide the same level of educational service at $50,000. And the first school that could innovate in structure or offering toward that price point would capture this share of the market. Even better, in the process of that innovation, that school will likely change the landscape of Jewish education permanently.

This brings me to Rabbi Soffer’s critique. He, as well as Kelman, argues that lowering costs is no simple task, and any such effort will certainly mean critical educational trade-offs. Soffer writes: “Small class sizes and individualized instruction means more teachers, which means more salaries. Providing the type of support that helps learners of divergent interests and abilities thrive is, simply put, expensive. Students are different, and learn differently, and Jewish day schools have a responsibility to engage each and every student… We should not apologize for these expenses. In fact, these resources should be our greatest pride, and we should demand that day schools not only continue to provide them, but double down their efforts.”

Again, I wholeheartedly agree. I only ask, shouldn’t it be the choice of each family purchasing the education what type of education they want? Who should be “demanding” what is provided in Jewish schools? Is it not the consumer of that education who is in the best position to demand what education is best for him?

What’s important to remember here is that I am not advocating for one less dollar to be given to providing an affordable Jewish education. I support Kelman and Soffer in their calls for many more philanthropic dollars to be invested in Jewish education. However, sustained affordability has a much greater chance of being achieved when that money is given to the consumers of Jewish education, who are in the best position to assess the product they want to pay for.

When considering my argument I think it’s worth reflecting on the notion that, if you are sympathetic to my points, it’s likely you accept two fundamental premises.

First, you believe that the consumer of Jewish education, the family deciding on Jewish school, is in the best position to decide what is best for it economically and educationally. And while that family, generally speaking, needs every dollar of philanthropic support it can get, it is in the best position to decide on how to use that support and what to demand and accept from the products presented by competing schools.

Second, you likely believe that we have not yet exhausted every possible avenue to lower the cost of a Jewish education while maintaining high quality product. I am no stranger to school budgeting, and each year find myself making many difficult decisions over a myriad of trade-offs in an effort to provide the best possible educational program. And I agree that, within the current structure, there is no magic solution that does not involve increasing class sizes, decreasing resources, and sacrificing on talent and program.

But, as I have argued in these pages, I think it is foolish to assume that the current school structure, designed to achieve economies of scale in education circa the turn of the last century, is not ripe for a major disruption. Every other industry built on information sharing, whether it’s news, entertainment, or politics, has undergone massive disruptions as a result of technological innovation and the ubiquity of accessible content. Why would education be different? While the “University-industrial complex” has maintained a strict presence as the gatekeeper of educational and often of career advancement, the edifice is beginning to show cracks all over the place.

Those who care about the future of Jewish education would be wise to take note: cheaper and better is not an oxymoron. It is a matter of creative will and the proper incentives to unleash that creativity. 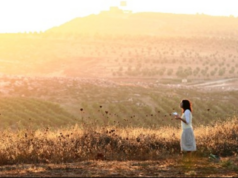 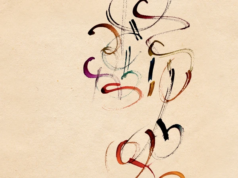 Reeding Between the Lines: Parallels Across the Yam Suf and Baby...