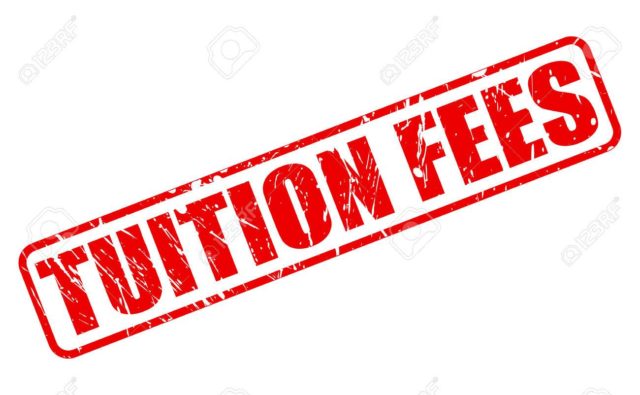 A popular narrative in the Jewish Day School community considers affordability to be the most critical problem facing Jewish education, perhaps even the Jewish future, in the diaspora. It is also likely that more philanthropic money currently flows into Jewish schools than at any point since the Day School movement began. At the same time, cost increases continue to outpace inflation and earnings, with no end in sight. Why is that?

I don’t think the answer is complex. Donors have, by and large, not been giving money to make Jewish education more affordable. While a lot of money has certainly been invested in Jewish schools, that is entirely different from investing in affordability. Even when money is given directly to scholarships and financial aid, the impact on affordability is negligible at best, counterproductive at worst. To be clear, scholarships and financial aid do a lot to help individual families afford a Jewish school. Without the subsidies provided by schools, many, if not most, families would not be able to provide their children a Jewish education. But this is an investment in Jewish families, not in providing a sustainable way to deliver affordable Jewish education for everyone.

The problem of affordability is not any individual school’s problem as much as it is a market problem. The rising price for Jewish education across all schools seems to signal that the average consumer of Jewish education desires the increased value he is getting and is willing to pay for it. Yet our Shabbat table conversations hardly reflect this reality. People seem more frustrated than ever with the increased financial burden of paying for Jewish school. It seems, then, that the current price of Jewish education is artificially inflated through, often heroic, fundraising efforts by schools that results in using a steady stream of subsidy dollars to sustain a high-cost model. When price in a market is not signaling the interests of the actual end user of the product, that market is likely to contain misaligned incentives. That is the problem with our current model.

Consider how our schools have evolved in the last two decades to invest significant resources into fundraising. This effort sustains rising costs while also allowing schools to avoid the most significant economic motivator to lower costs – falling revenue. Subsidies help many Jewish families afford a Jewish education. They also provide perverse incentives. Instead of feeling the push to lower costs, schools feel the push to raise more money to cover rising costs.

So the cycle goes something like this: “It costs more to run our school than our customers can pay so we better raise money. In order to raise money, our school needs to showcase the best overall program to compete for our community’s philanthropic resources. Therefore, we need to expand our program which, in turn, raises our costs and requires us to increase our fundraising to cover those costs.” Fundraising, after all, is a bonus-based business model. Either implicitly or explicitly, fundraising is the easiest decision for a school board to justify and to continually invest more in the people who can perpetually raise more. The cycle continues to incentivize increased expansion and spending.

There is no doubt that expanding what a school can offer often has real educational value that serves our community well. But the system is creating a feedback loop where, as long as there is a donor to cover the shortfall, no one is all that motivated to think about how to get great results while lowering costs. As an example, some schools hire fancy PR teams and professional party planners for Open Houses to best showcase their product. What competitive spirit drives this type of agenda? Are they competing for the business of the average customer who wants the best education at the lowest cost or are they competing for business of donors who want to support a thriving school? There is an honorable purpose in the latter, but it is not going to help affordability and sustainability. Philanthropy can save Jewish education, but only when philanthropists stop giving money to Jewish schools.

Yet another bad incentive occurs when families consider applying for financial assistance. Many Day School families would prefer a lower price. Some of those families might welcome experimentation in educational delivery, reassessing administrative structures or even scaling back on certain resources, if it meant a more affordable product. But they don’t have that option because school boards, which set budgets, are generally risk averse. After all, boards are typically comprised of donors and those community members in the strongest financial position whose incentives are generally to preserve and protect the structures in place, even at an inflated cost. Misaligned incentives again.

Philanthropic support for Jewish education, so much as it wants to address affordability, would be best served by working to realign the current incentive structure. The best way I can see to accomplish that is to stop giving money to Jewish schools. Let schools operate like any business and receive direct data from their end users via the most relevant economic signal – price. In a non-subsidized market, if there is demand for a no-frills education, a school will find a way to provide a no-frills education at a no-frills price. If there is demand for a luxury education, another school will provide the luxury education at a luxury price. But the school that can provide the best possible education at the lowest possible price will corner the market. While some ideas for cost reductions have been offered and tried, most schools have not yet had any real incentive to invest in what’s been suggested or build on what’s been tried.[1] Getting schools out of the subsidy business will encourage greater innovation and serve to realign incentives so that the school and educational consumer (Jewish families) share the same goal.

If schools stop providing subsidies the burden to provide financial aid for those in need will shift as the donations that used to go directly to Jewish schools are available to be allocated elsewhere. This will also allow those seeking to address affordability to do so using a better economic model for the redistribution of resources – banking. Perhaps more suitably, we should call this philanthropic banking. Consider an independent financial organization, or a number of organizations, free to operate with greater flexibility than individual schools to provide a variety of financial aid possibilities. Everything from subsidized loans to collateralized lines of credit to need-based scholarships to alternative investments can all be structured and offered by what is effectively a bank. It will be designed with the primary purpose of assessing the available resources against the financial situation of those seeking assistance. This “bank” will be better equipped to consider applications and implement new ideas for funding, and can be seen as far more independent than the average tuition committee. The bank will also have a real incentive to maximize its communal reach by keeping its per-student costs low, operating in tandem with the desires of the average consumer of Jewish education and pushing schools to provide the best possible product at the lowest cost.

It’s also important to recognize that this suggestion, if adopted on any large scale, seems likely to shed some additional light on certain economic disparities within the Jewish Day School community. One could imagine that different schools within one community offering vastly different products can lead to a sharpening of the lines between the wealthy and the middle class. This is a possibility, but I don’t think it is likely. For one, Jewish Day Schools are fed by relatively small homogeneous communities that are connected across socio-economic positions in various ways, including shared values, shuls, and friendships. In addition, we are at a point where a majority of families are struggling in some way to afford tuition, and that is true for many of those paying full tuition as well. If there is an equal or better product for a lower price, that should garner significant interest from a broad group. Let’s face it, a Jewish family with four kids earning $400,000 a year is likely still interested in a cheaper school, so that makes for a pretty large consumer group that is incentivized to innovate toward cost savings. Besides, if super wealthy families were going to create a high priced luxury school, it likely would have happened already.

Get the incentives right and nearly every school will be attempting to innovate toward cost savings without sacrificing quality, or they will risk losing customers to a school that can. This should result in a better, cheaper product for everyone. Transparent pricing and consumer freedom have always been the essential ingredients for innovation that serves consumers. Right now, Jewish education lacks transparent pricing and consumer freedom. So wouldn’t it be best to allow consumers the freedom to use their individual preferences in price point to drive a better outcome for more people? Doesn’t it make more sense to have school leadership focused on producing a great education at a lower cost instead of focusing on raising money for a great education at a higher cost?

There is much to be gained from philanthropic investments in Jewish education, from promoting a particular educational ideology to generating influence within the institutions that shape our future. But if the goal in giving is to facilitate the most broadly accessible, and best possible, Jewish education, then the best idea is not to donate to a Jewish school. Start a philanthropic bank and give it directly to the consumer instead.

[1] See Yeshivat He’Atid or Adraba for cost saving models currently in use. Also see my previous article for an alternative model.