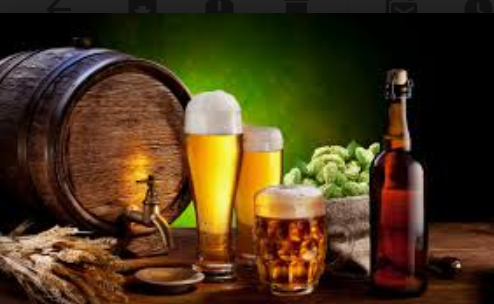 The use of diagrams or pictures by exegetists to “illustrate” their points is well known. One of the most famous of these might be the Menorah as drawn by Maimonides himself: [1] 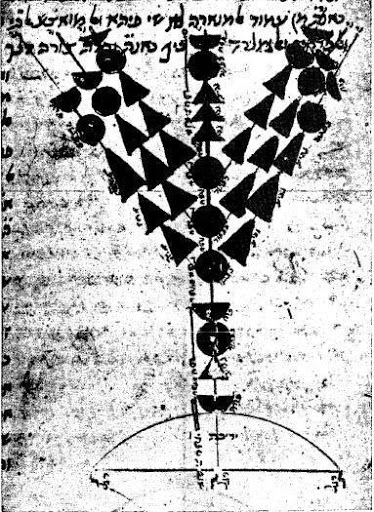 One of the issues that has arisen over the years is that mistakes have been made in reproducing many of these illustrations. This changes the picture considerably.

An example which is especially pertinent to the holiday of Pesah can be found in an attempt to print the Greek letter Gamma and the resulting error, which turns the search for hametz quite literally upside down.

My focus is on an illustration by Maharam Lublin (1558-1616) dealing with the laws of the search for hametz. I will show how a simple mistake in printing resulted in an upside-down view of Maharam’s opinion. This mistake was made approximately 200 years ago and then made its way into the famed Vilna Shas, printed in the 1880’s, where it has remained until this day. Ultimately, in this case, the canonical status of the Vilna Shas led many others to reprint this brief comment of Maharam incorrectly.

Pesahim 8b discusses the opinion of Beit Shammai regarding which part of a wine cellar needs to be searched for hametz, for fear that a servant has accessed the cellar during the year while holding hametz in his hand.

Beit Shammai say, two rows. Rav Yehudah said: The two rows that they stated are from the ground up to the ceiling. And Rabbi Yohanan said: one row at a right angle, like the shape of the letter gamma.

The explanation above contains two main points in the opinion of Rabbi Yohanan: 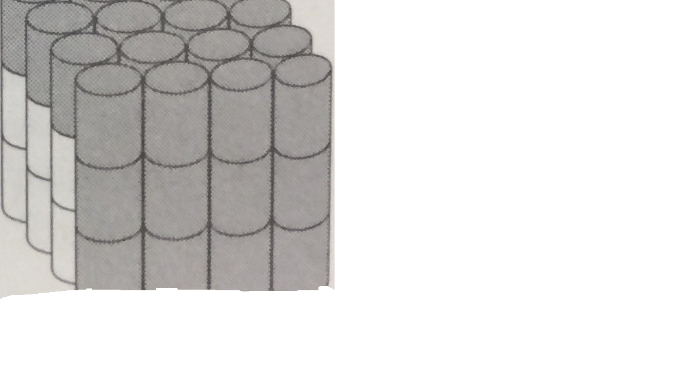 This in fact does look like the Greek letter Gamma, which consists of a vertical line joined to a horizontal line on top. 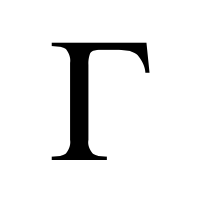 Rashi explains that the Greek letter Gamma looks like the final khaf in Hebrew, which has the horizontal line facing the other way.

Maharam Lublin offers a very short explanation of the phrase, “like the Greek letter Gamma,” simply writing “meaning, like this,” and providing a picture of a Gamma. The version of the text and picture printed in the back of the tractate in the Vilna Shas and most subsequent editions is as follows:

All we really have to go on in understanding his explanation is his illustration,

This, however,  seems to be incorrect on two counts:

We don’t have a manuscript of Maharam’s commentary on the Talmud, but we do have access to its first edition. Originally entitled “Mei’er Einei Hakhamim,” based on his name, Meir ben Gedaliah, this version was first published in Venice in 1619.

It is most likely an authentic reproduction of Maharam’s handwritten notes, and also conforms with the shape of the Greek letter Gamma.

Mei’er Einei Hakhamim was reprinted many times during the late 1600s, the 1700s, and early 1800s. Here is an example of an edition printed in Frankfurt am Main in 1709:

I also found the Gamma depicted correctly in editions printed in Wilhelmsdorf 1737.

In an edition printed in Sulzbach in 1786, the horizontal line on top faces the other way, but it still gives the correct impression that it is the top row which requires it to be searched for hametz:[2]

The first time I found the Gamma upside down was in an edition printed in Polonia in 1809:

It is possible that the editors of the Vilna Shas did not have access to the first edition of Maharam’s commentary and therefore included a replica of an earlier printing which had it wrong. However, because of the iconic nature of the Vilna Shas, this reproduction gave it almost a sense of permanence, which is unfortunate.

One would hope that new editions of the Talmud would rectify this error and turn the search for hametz right side up.

[1] Drawing of the Temple Menorah, in Maimonides’s own hand, in a manuscript of his Peirush ha-Mishnah, illustrating his comments to Menahot 3:7. Reproduced in Y. Kafih’s edition, Jerusalem, 1967, vol. 3 p. 79.

[2] Perhaps it was meant to mirror Rashi’s explanation that it looked like a final khaf. 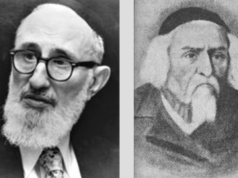 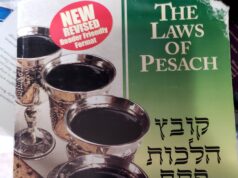 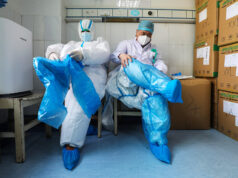