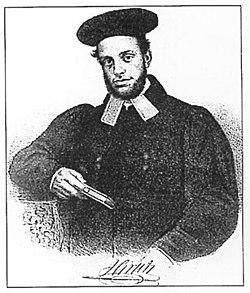 I will not attempt to explain his approach here. Suffice it to say that Hirsch looked back to earlier days when even rabbis who rejected philosophy, such as Rabbi Yehudah ha-Levi and Ramban, were still highly knowledgeable about, and involved with, the world around them. Hirsch sought a median path that identified with the latter two scholars and rejected what he felt was Rambam’s over-appropriation of Greek thought. He thought of Jews understanding the ideas of general culture as the default, and not something the Torah seeks to discourage. And as for the fact that this had not been the case for several centuries in most communities, he attributed it primarily to persecution and restrictions placed upon Jewish communities from the outside rather than anything intrinsic to the Jewish tradition.

In spite of the competition that his uniquely Western European brand of Orthodoxy faced from the much larger and more Jewishly erudite community in Eastern Europe and the dynamism and practicality of the growing American community; it was far from a foregone conclusion when he died in 1888 that Hirsch’s version of Orthodoxy would not become the dominant one. Indeed, it was not only the Polish-born founder of the Bais Yaakov school system, Sarah Schenirer, that looked westward for guidance as to how to navigate Judaism in the modern world. While Hirsch was not unanimously praised in the far more conservative East European circles, there were many who looked very favorably to his ideas: In view of the mass defection from traditional practice and belief that made its way to Eastern Europe when Jews began to have more exposure to the general culture, there were many who saw the Hirschian model as the answer.[1] And had the latter had the day in Eastern Europe, it is highly likely that Hirsch’s ideas would have spread more successfully to North America and Israel as well.

The paradox is that it was often the Eastern European-trained leaders best situated to appreciate R. Hirsch’s approach who did the most to prevent its spread to the new Jewish centers in the West and in Israel.

The Lubavitcher Rebbe, R. Menachem Mendel Schneerson, is a good example. Having already lived in France and the United States for over thirty years, he wrote to a correspondent connected with Yeshiva University, “While it is understandable that the direct descendants of Rabbi Hirsch or those who were brought up in that philosophy should want to disseminate his teachings, I must say emphatically that to apply his approach to the American scene will not serve the interests of Orthodoxy in America.” He continued to advise, “I have written the above only in the hope that you may be able to use your influence with certain circles in Washington Heights [New York], that they should again re-examine the whole question and see if the Rabbi Hirsch approach should be applied to the American scene. My decided opinion is, of course, that it should not, and I hope that whatever measure of restraint you may accomplish through your influence will be all good.”[2] Of course, this is actually quite typical of the Rebbe’s hyper-traditionalist approach and no surprise to anyone familiar with his thought. But the essence of his message was one that would eventually become the unofficial party line throughout the haredi world – that Hirsch’s approach was only useful in his specific historical context.

Rabbi Eliyahu Dessler is another surprising case in point. Like the Lubavitcher Rebbe, he grew up in traditional rabbinic circles in Eastern Europe, and like the Rebbe, he became quite familiar with contemporary Western thought as he moved westward – in this case to England. And yet as his influence in the yeshiva world grew, he too made his active opposition to the Hirschian program very clear.[3] For Dessler, Hirsch’s approach had shown itself seriously deficient in raising high-level Torah scholars. For him, this was not just a lacuna in providing leadership, but something much more profound. Rooted in the elitist orientation of Rambam, many of the Eastern European yeshivot had taught that these scholars were the only ones truly conforming to God’s ultimate purpose in creating man.[4] [5]

Though Orthodox German expatriates could not help but resent the implications of these new anti-Hirschian directives, their rabbinic leaders made a strategic decision to go along. In this regard, Rabbi Shimon Schwab was an important transition figure who led or assisted in leading the the largest post-war concentration of German Jews, Kehillat Adat Yehshurun (KAJ) in Washington Heights, New York from 1958 to 1995. Though German-born, R. Schwab had studied in Eastern European yeshivot and was greatly influenced by the more traditional approach he found there. Given that the Hirschian community always had close political ties with the more traditional wing of Eastern European Orthodoxy, the decision was gradually made to accept the notion that Torah im Derekh Eretz had only limited application outside of pre-war Germany. And while not all agreed with their rabbis, the German Jewish laity had always been very deferential. This would be no exception.

Meanwhile, Orthodox Jews more inclined towards openness to the outside world found other approaches that provided a more open-ended approbation for involvement with secular knowledge. The two greatest thinkers in this regard were Rabbi Avraham Yitzchak Kook in Israel and Rabbi Yosef Dov Soloveitchik in the United States. While the two were very different in just about every other way, neither seemed particularly interested in the teachings of Hirsch. The Eastern European roots of the two certainly ran deep, and this was no doubt a factor in making R. Hirsch’s approach a bit foreign to their sensibilities. In the case of R. Soloveitchik, these roots were marked by the house of Brisk, which had an important impact on the way he would formulate his approach even to the outside world.[6] In the case of Rav Kook, it was a combination of Volozhin and his deep engagement in Kabbalah and Hasidut that was decisive in creating a differing frame of reference. In fact, there were many variables that separated these three champions of secular learning, but laying even the major ones out is beyond the scope of this article.

And what of today? Unless there is some great unanticipated revival of Hirschian thought, it is hard to imagine his influence growing in the years to come. Fortunately, his legacy extends beyond his overarching approach and is passed on in his writing as well, the most famous of which is his commentary on the Torah (although even this has not survived completely unscathed). One of the great advantages of textual commentary is that the timeless nature of the text gives off some of that timelessness to the commentary as well. While many of R. Hirsch’s comments are tied to his philosophy or to his idiosyncratic understanding of biblical Hebrew, many other comments are just plain good parshanut – keenly picking up real textual issues that others had missed and providing insights that give us a deeper understanding of some of the Tanakh’s major figures. Moreover, some of his other works, such as Horeb and the Nineteen Letters, provide exceptional models of what can be done to create larger contexts of meaning from our texts and traditions.

In the final analysis, it is hard to pinpoint one single cause for the disappointing fate of Hirsch’s legacy. Yet above and beyond the question of the merit of his work or even the response it got from some of his critics, we would be remiss not to at least mention the obvious impact of outside events. For had the Nazis not overrun Germany and destroyed its Jewish community, a large and self-confident German Jewish community might have been more successful at confronting their leader’s critics and exporting his vision to other major communities. But this was not to be.

We are neither the master of our own destinies, nor even less the master of our legacies. It was perhaps partly with this in mind that the Mishnah (Avot 2:16) tells us, “It is not your responsibility to finish the work, but neither are you free to desist from it.” To this I can only imagine R. Hirsch answering, Amen!

[1] R. Yehiel Yaakov Weinberg is only the most famous of the Eastern European-trained rabbis who came to enthusiastic support of Hirsch’s program. Less well known is the very positive view of Hirsch held by R. Yitzhak Elhanan Spektor. Thought the latter’s appreciation of Hirsch’s work did not amount to wholescale adoption of his ideas, it was the type of position that provided the high-level legitimation of Hirsch needed for others like Schenirer and Weinberg to first explore the approach.

[5] Indeed, such a position was at odds with R. Hirsch’s attempt to celebrate the contributions of the Jewish layman as equally important as those of the Torah scholar. See, for example, his essay, “Lessons from Jacob and Esau” in The Collected Writings of Rabbi Samson Raphael Hirsch, vol. 3 (New York: Feldheim Publishers, 1997), pp. 319-332.

[6] Based on a conversation with my teacher, Rabbi Aharon Lichtenstein, I got the impression that R. Soloveitchik viewed the type of Talmudic mastery that he had found in Brisk to be a prerequisite for a leading rabbinic thinker. While R. Hirsch was certainly well versed in the Talmud and codes, he was never known as a Talmudic virtuoso. That was not his major area of involvement and his greatest works were accordingly in other areas of Jewish learning. Whether such must indeed be a prerequisite or not, however, is certainly not a foregone conclusion.