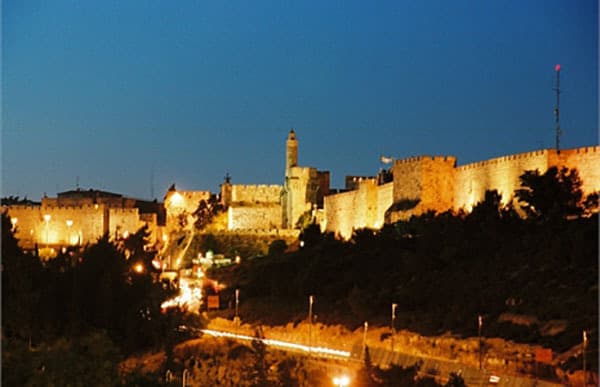 On May 15, 1967, Israeli songwriter Naomi Shemer released “Yerushalayim Shel Zahav” (Jerusalem of Gold). At that time, she did not know that the entire trajectory of Jewish history was about to change. Shemer’s haunting Hebrew ballad laments that Jerusalem’s “cisterns have become desiccated, its bazaar vacant, and there are no visitors to the Temple Mount in the Old City.” And how could there have been? Jordan had long governed the Old City’s winding streets, and Jews were forbidden from entering and praying in her holy places.

“The Temple Mount is in our hands! The Temple Mount is in our hands!” By these immortal words, Lt. Gen. Mordechai “Motta” Gur broadcast to the world the recapture of the Old City by Jewish forces on June 7, 1967. The shofar was blown. Soldiers wept openly in the streets. Throngs descended on the Western Wall as if to demonstrate with their bodies that they had not forgotten the prophet’s words: “If I forget thee, Jerusalem, forget my right hand.” All of Jerusalem was under Jewish control for the first time in almost two thousand years.

With today’s golden anniversary of “Jerusalem of Gold,” the song takes on a double meaning. The city, and Israel as a whole, is more sparkling, lively, and vibrant than ever. It is a dazzling place. At the same time, gold represents something deeper: a couple’s enduring love, which, like the gilt watches or rings they exchange to mark their half-century anniversary, is cherished, treasured, and prized ever more profoundly with each passing year.

For the Jewish people, Jerusalem is the “wife of our youth” (Proverbs 5:18). We were overcome with love, only to see her torn from us for nearly two millennia. But we did not forget her. No, our love for her endured year after year after year. By the rivers of Babylon and Rome, Spain and Germany, Morocco and Yemen, and so many other places, we pined for her, begged and prayed for her, and too often died for her. But we also returned to her, and eventually she was returned to us.

The great Rabbi Akiva, after living through the destruction of the Temple and the end of the prior epoch of Jewish sovereignty in Israel, is said to have promised his wife Rachel a golden crown depicting Jerusalem—an actual Jerusalem of gold—as a symbol of his undying love for her. The promise came while the couple was trapped in deep poverty; the gesture is one of the most profound hopefulness and optimism—both personal (“we will have great wealth one day”—a vision borne out, as the Talmud tells it, by a series of fortuitous windfalls in the ensuing years) and communal (Jerusalem, too, will rise from the ashes and be rebuild in splendor).

At the same time, in promising a crown depicting Jerusalem, Rabbi Akiva’s gesture acknowledges the couple’s shared experience of tragedy; romance is not escapism, but an appreciation for the intertwined joy and heartbreak that the couple, and the Jewish people, have lived through.

In the heady days following the Six Day War, Shemer penned a final stanza to “Jerusalem of Gold,” transforming it from an elegy to a paean. Inverting the lines she had written just weeks earlier, she added: “We have come back to the cisterns, the bazaar, and the town square. And now a ram’s horn calls out on the Temple Mount, in the Old City.” Rabbi Akiva’s vision, writ large, had come true. Jerusalem of Gold was real again.

But Shemer’s closing verse is not entirely celebratory. It cannot, and does not wish to, erase the pain of what came before. The shofar symbolizes both trial and redemption. It’s reverberations transport us on a journey of memories and dreams, both heart-wrenching and jubilant: we cry sorrowfully for what the city and the Jewish people were forced to endure, together and apart. At the same time, we shed tears of joy for these last fifty years together, and for what we dream and pray the years ahead will bring.