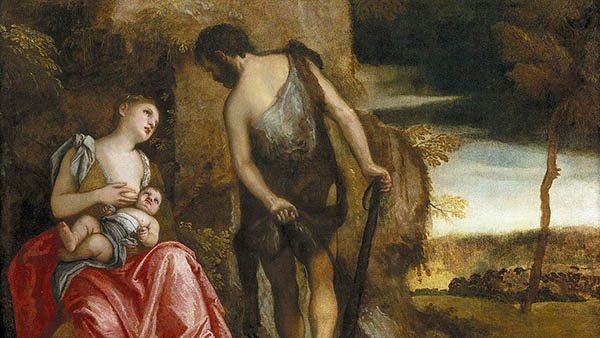 Following Adam’s sin, the Midrash (Midrash Hagadol to Gen. 3:23) uses him as a cautionary tale to remark on how severe sin can be.

Come and see what the sin [of Adam] wrought. For once Adam committed a single sin, his stature was reduced, his countenance became faded, his diet became altered, he became a fugitive and a wanderer, and death was inflicted upon himself and all his descendants until the end of generations.

Among the severe repercussions is that he is to become a wanderer throughout the land. This is problematic, however, because such a punishment was applied biblically to Cain following his murderous act, not to his father!

My friend and colleague Ari Lamm offered an interesting account of how Adam’s actions might have shaped Cain and been at least partially responsible for Cain’s actions.

I’d like to offer a different angle in understanding this Midrash, one focused less on the overall story and more on the mechanics of how the theme of wandering might have migrated from Cain to Adam. In order to do this I will focus on intertextual connections, finding which verses the Midrash might be drawing upon in order to conclude that not only was Cain punished by being sentenced to wander (נע ונד), but his father Adam as well.

So God drove out Adam; and He placed to the east of the Garden of Eden the cherubim and the turning flaming sword to guard the tree of life.

Adam is banished from Eden, with angels and fiery swords guarding its East flank.

What was Cain’s punishment for his sin? Upon his murder of Abel, as noted, the text sentences him to be a wanderer (4:12):

When you till the ground, it will not yield its strength to you; you shall be a fugitive and a wanderer on the Earth.

Following this sentence, Cain does settle, but in the land of wandering, eretz nod (4:16):

Cain left the presence of the Lord and dwelled in the Land of Wandering, east of Eden.

Note that this Wander-Land is situated kidmat eden, East of Eden, the same place where Adam had been exiled to!

And thus, concludes the Midrash, like son, like father; both Cain and Adam find that their sins condemn them to wander the land.