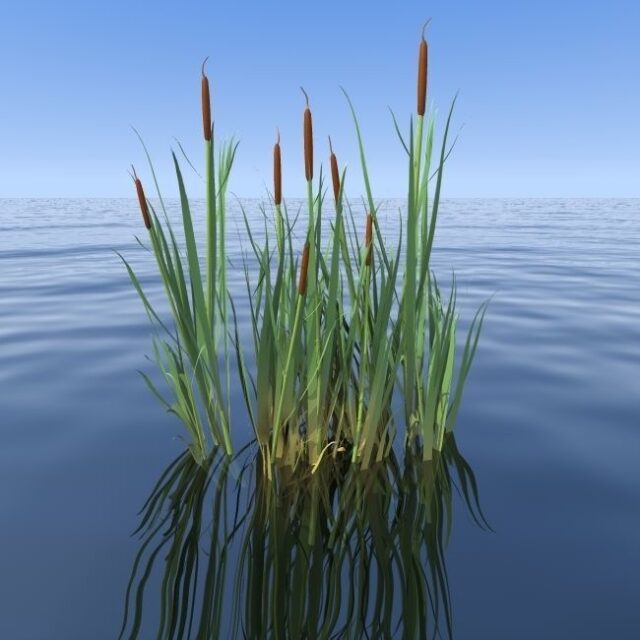 The Splitting of the Sea (in Parshat Beshalah) and Moshe’s infant rescue from the river are written as parallel stories, meant to be read side by side. This essay highlights the many layers embedded in this seemingly simple parallel, and uses the intensity of that connection to explain a number of otherwise awkward and difficult words that appear in the Torah text.

Both narratives tell of an Israelite safe passage through dangerous waters. Indeed, baby Moshe is placed into the suf, the reeds (2:3,5), while the Israelites traverse the yam suf, the Sea of Reeds (13:18, 15:4,22). Of course, both stories also feature an Egyptian royal: at the river, it is Pharaoh’s daughter; at the Sea, it is Pharaoh himself. In each text, the royal is accompanied by a retinue. For the daughter, its her attendants and servants; for Pharaoh, his soldiers and drivers. Nor are we, the reading audience, unaccompanied. There is another onlooker, standing there and reacting with us. Not coincidentally, it’s the same person in both scenes: Miriam. She is there to see what will happen to her younger, infant brother; she is there to celebrate with her heroic adult (though still younger) brother. Not only is Miriam witness both times to Moshe’s safe passage, but as soon as his piece of the story concludes, the text trains its focus upon her activity. At the river, she organizes two women — Pharaoh’s daughter and her own mother — racing between them in the height of this tense and dramatic moment, and thus taking the child’s fate in her hands. At the sea, she leads all the Jewish women, taking the instruments of celebration in her hand and giving voice to the song of salvation. Interestingly, the rescue of young Moshe and the rescue of young Israel are immediately followed by the same question: what shall they drink? “Shall I go and call you a nurse woman?” (Exodus 2:7) to provide milk for this child, Miriam immediately asks. And then, in the desert, the people ask: “mah nishteh — what shall we drink?” (15:24). Here, Miriam is less obviously involved in the crisis, but her name still hovers all around it: shall the people find sweet, potable water in a place which is called Marah because its waters are bitter, marim (15:23)?

There is one final parallel upon which this connection rides: vehicles. Both scenes feature a mobile prop. At the river, it is the ark, in which the child rests. At the sea, it is the Pharaonic chariots, which stand as perhaps a mere detail in the popular memory of the scene, but are mentioned a full six times in the course of the story and another four times in the Song at the Sea. Here, the parallel use of vehicles serves to highlight not a similarity, but a contrast: ark vs. chariot. If there is one thing we know about Moshe’s ark, it is that as humble and barebones as it is, this little ship can float. Patched together from pitch (heimar) and reed — a nod to the ingredients of slave oppression, mortar (homeir) and straw (1:14, 5:7–18) — the ark is empty of might, yet full of hope. The Torah includes and emphasizes the chariots for they constitute a perfect symbolic contrast: full of strength and pride, the chariots can do anything except swim.

The heaviness of the chariots is highlighted not just in its narrative contrast to the light, floating ark, but also in the Torah’s intentional repetition of the root k.b.d. Thrice we are told that God will “be glorified” (kavod, honor) through Pharoah and his chariots (14:4,17,18). This pledge ultimately manifests in God making the chariots drive heavily (be-khveidut, 14:25) across the seabed. The root k.b.d. hovers over the entire story, emphasizing the heaviness that came to define, and ultimately destroy, the Egyptian army.

Taken together, the parallel structure and symbols of these two scenes could not be clearer. We find the Jewish character, in dangerous waters, ultimately saved; one from amidst the reeds, the other from the Sea of Reeds; beside them, the Pharaoh figure and his or her accompanying posse; Miriam standing there, watching along with us to see what will happen and then springing in to complete the rescue; the immediate turn to questions of how the rescued shall find drink; in one a solution is offered by Miriam, in the other, its a problem caused by waters that are marim; a barebones ark representing a patchwork people, that floats on despite all odds, and militant chariots representing an oppressive regime, whose own weight and might are their downfall.

Beyond a parallel structure, the Torah also employs a number of unexpected and atypical words to bind the two stories even closer together. The most obvious is the aforementioned suf, reeds. While reeds play a utilitarian role in Moshe’s salvation (presumably, it is safer to place the child there than into the center of a rushing stream), the term’s appearance in the latter story (i.e. that the body of water happens to be named Yam Suf) serves no practical role and merely reinforces the connection back to Exodus 2. Another noteworthy linguistic connection occurs at 14:13. With the Egyptian threat on the horizon, Moshe tells the people not to fear, but instead “hityatzevu (y.tz.b) u-reu — stand still and watch,” what God shall do. This is a clear echo of Miriam’s role back at the river, where we read “vateitatzav (y.tz.b) … le-deah ma yaaseh lo — and she stood still … to know what would happen to him (2:4)”.

This pattern of parallel language can help explain three otherwise odd word choices. In 2:6, Pharaoh’s daughter opens the discovered ark. We are told “she saw the child (yeled) and behold the lad (na’ar) was crying.” The use of “na’ar” has long troubled commentators, as it typically refers to an adolescent or teenager, not a three month infant. Later, at 14:20, we learn that the Pillar of Cloud served as a nighttime barrier between the Egyptian and Israelite camps. We are told: “and there was the cloud and the darkness, and it lit up (vaya’er) the night.” Vaya’er represents another surprise. If there was darkness, what was lighting up the night? Finally, there is the noteworthy use of sim as the verb through which God transforms the sea into dry land: “vayasem — and God set the sea into dry land” (14:21). Typically sim means “to set” or “to place,” while here it communicates something like “make into,” “turn into,” or “transform.” While this is within the word’s flexible set of meanings (see Gen 48:20 for an example of that flexibility), it remains a striking choice.

In all three cases, the awkward or notable word choice serves to rhetorically bond the narratives of the Splitting of the Sea and Moshe’s ark. “Na’ar” appears twice at the Splitting of the Sea. At 14:27, God is vayinaer (n.’a.r) the Egyptians in the Sea — that is, God churns or shakes them. At 15:8, the breath of God’s nostrils is described as ne’ermu (n.’a.r) the waters, that is, churning or shaking it up. Indeed, this form of the root might be what the Torah means when it describes baby Moshe as a na’ar crying: perhaps Moshe was trembling, or shaking, as he sobbed (a connotation suggested by Sforno). Whatever na’ar means in Exodus 2, its clear mirroring of the language of Exodus 14 further connects these two stories. Likewise, the unexpected vaya’er in Exodus 14 parallels a central term which appears thrice with baby Moshe: yeor,, river (2:3,5). Though the Reed Sea and the reedy riverbed are obviously different bodies of water, Exodus 14 still manages to find a way to sneak a yeor into its narrative. Finally, the sim of God turning water into dry land echoes two places where the word sim appears in the baby Moshe story: Moshe’s mother placing him into the basket, then placing the basket into the reeds (vatasem, 2:3 twice). To clarify, na’ar still probably means lad, vaya’er likely means to cast light, and in context, sim doesn’t mean to set but to make into. But in intentionally choosing to employ these unexpected terms — whatever their meaning — the Torah again has each respective story of rescue at the water evoke the other.

In structure, symbol, and even word choice, the Splitting of the Sea and Moshe in the Ark are parallel stories, written so as to be read side by side. But why would the Torah choose to write them this way?

Perhaps there is a simple, literary beauty in creating a kind of narrative envelope, where Israelite enslavement begins and then ends with matching stories. Perhaps the Torah wishes to emphasize that personal redemption comes first, itself empowering and enabling a national redemption. Perhaps the Torah seeks to justify the mass drowning of the Egyptians, and points us back to the policy of Israelite newborns cast into the river, which is the legal impetus behind the Moshe in the ark story.

Or perhaps the Torah wishes to bring us into the minds of the Israelites, as they faced down the prospect of stepping into the Yam Suf. These were people who remembered the original Pharaonic decree — who knew what it is like to watch Egyptians force Jews into the water. The trauma no doubt lingered. Here, as a last step before freedom, they were asked to do what Moshe’s mother had done before. Place yourself into the water. You too will walk out free.