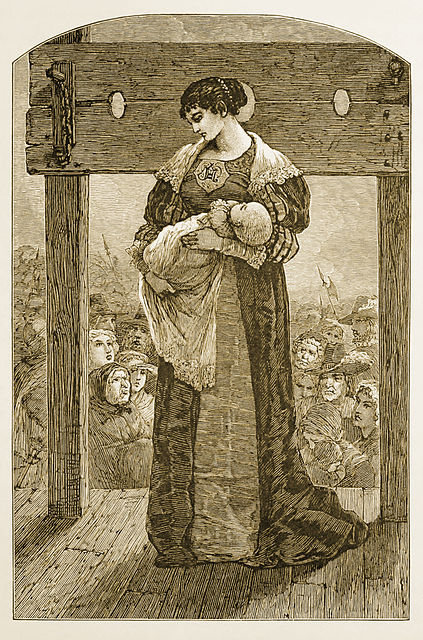 Megillat Esther tells us precious little about Esther’s inner world. We know about her early life: the death of her parents, her maturation in Mordecai’s house, and how she is taken first to the harem and then to the palace. We know of her accomplishments: how she found favor in the eyes of those who saw her, approached Ahashveirosh, and became savior of the Jews. And the text does drop a few hints as to her emotions and development: she shifted from passivity to proactivity, as Mordecai’s challenge compelled her to make a fateful decision to throw in her lot with the Jewish people. Yet we wonder: how did her orphaned childhood impact her? What was it like growing up in Mordecai’s household? How did she process – if at all – the traumatic experience of being coercively taken into Ahashveirosh’s harem, raped, and forced to marry the King? Did she experience her rise to the throne with pride, shame, or ambivalence? The Megillah responds to our inquiries into Esther’s emotional life with deafening silence.

This omission, of course, is to be expected from biblical narrative. As Erich Auerbach develops in his magisterial essay “Odysseus’ Scar,” the protagonists’ internal experience is conspicuously absent in the “biblical epic.” He offers the example of the binding of Isaac:

God gives his command in direct discourse, but he leaves his motives and his purpose unexpressed; Abraham, receiving the command, says nothing and does what he has been told to do. The conversation between Abraham and Isaac on the way to the place of sacrifice is only an interruption of the heavy silence and makes it all the more burdensome. The two of them, Isaac carrying the wood and Abraham with fire and a knife, “went together.” Hesitantly, Isaac ventures to ask about the ram, and Abraham gives the well-known answer. Then the text repeats: “So they went both of them together.” Everything remains unexpressed.

As is equally typical of biblical personalities, midrashim fill in some of these lacunae. In one place, the Rabbis offer a graphic depiction of Esther’s anxiety upon hearing of Haman’s decree against the Jews:

“Then the queen was exceedingly distressed” [va-tithalhal] (Esther 4:4). What is the meaning of va-tithalhal? Rav said: She began to menstruate. And Rabbi Yirmeyah said: Her bowels were loosened. (Megillah 15a)

Then, following the midrashic viewpoint that Esther and Mordecai were married, the Talmud offers an alternative interpretation of the phrase “If I perish, I perish”:

“Go, gather together all the Jews not according to the custom” (Esther 4:16). Rabbi Abba said: It will not be according to custom, for every day until now it was under compulsion, but now it will be of my own free will. “And if I perish, I perish” (Esther 4:16): Just as I was lost to my father’s house ever since I was brought here, so too, shall I be lost to you [for after voluntarily having relations with Ahashveirosh, I shall be halakhically forbidden to you]. (Megillah 15a)

On this reading, Esther is profoundly anxious about not only her survival but also about the eventual prohibition against her return to intimacy with Mordecai.

Finally, the Talmud teaches that upon deciding to enter the King’s throne room, Esther was nearly seized by an internal paralysis precipitated by the departure of the divine presence:

“And she stood in the inner court of the king’s house” (Esther 5:1). Rabbi Levi said: Once she reached the chamber of the idols, which was in the inner court, the divine presence left her. She immediately said: “My God, my God, why have You forsaken me?” (Psalms 22:2). Perhaps it is because You judge an unintentional sin as one performed intentionally, and an action done due to circumstances beyond one’s control as one done willingly. Or perhaps You have left me because in my prayers I called Haman a dog, as it is stated: “Deliver my soul from the sword; my only one from the hand of the dog” (Psalms 22:21). She at once retracted and called him in her prayers a lion, as it is stated in the following verse: “Save me from the lion’s mouth” (Psalms 22:22). (Megillah 15b)

Yet, even taking these aggadic statements together, we are left with a decidedly piecemeal portrait of our protagonist’s state of mind.

And so, in seeking to account for Esther’s inner experience, we turn to an unexpected source: Hester Prynne, the central character in Nathaniel Hawthorne’s 19th-century classic The Scarlet Letter. Let us begin by briefly reviewing the novel’s plot.

Set in mid-17th century Puritan Massachusetts Bay Colony (today Boston), The Scarlet Letter tells the tale of Hester Prynne, whose much-older husband Roger Prynne has sent her ahead to the New World. He disappears and is assumed to have died at sea. Having lost hope of his survival, Hester falls into a secret relationship with the minister Arthur Dimmesdale, and ultimately gives birth to a girl, whom she names Pearl. As punishment for her illicit relationship she is compelled by the magistrates to wear a scarlet letter “A,” standing for adulterer, across her chest. All but excommunicated, she lives with Pearl on the margins of society, supporting herself through her work as a seamstress. Despite her marginalization, Hester’s inherent goodness and acts of kindness ultimately win over the hearts of the community members.

Meanwhile, her husband, who had in fact survived a shipwreck, takes on a new identity as Roger Chillingworth, and comes to suspect that Dimmesdale may be the child’s father. Seeking revenge, he becomes the pastor’s personal physician, eventually becoming his live-in caretaker. Dimmesdale deteriorates, repeatedly harming himself in seeking to atone for his sins. He and Hester finally decide to flee on a ship to Europe, but are forced to abandon the plan upon learning that Chillingworth has intentionally booked passage on the same vessel. Dimmesdale confesses publicly and dies on the town scaffold from self-flagellation. Pearl and Hester travel to Europe. Pearl marries an aristocrat and remains in Paris. After some time, Hester returns to Boston, living out the remainder of her life performing good deeds in the Colony.

A handful of scholars have noted the biblical precedents for Hawthorne’s characters.[1] Pearl’s name is borrowed from multiple passages in the book of Matthew (13:45-6). Chillingworth, whose all-consuming hatred for Dimmesdale ultimately devours himself, has much in common with Haman, who was hanged on a gallows of his making. Dimmesdale might be a stand-in for Mordecai, another religious leader with whom Esther may have had an intimate relation.

Most obvious is Hester, whose name is nearly identical to that of Esther, and whose life experience shares numerous parallels with that of her biblical namesake. Both are beautiful, strong women who are compelled to live in lonely environments, distanced from their communities. They are unhappily married to older men, clinging to secrets whose revelation is essential to the unfolding of their narratives. Both overcome profound adversity, retain an abiding commitment to their core values in the face of hostile societal opposition, and come to be deeply respected by the people of their communities.

Critic Ariel Silver Clark has further noted the parallels between Esther standing before Ahashveirosh to plead for her nation, and Hester’s (successful) petition to Governor Bellingham to allow Pearl to continue living with her, as well as Hester’s royal bearing as strongly resembling the character of Queen Esther.[2] As Clark puts it, “The more time I spent with Hawthorne, the more I saw the type of Esther in his work. In The Scarlet Letter, the type of Esther is a thinly veiled type of redemption through the female” (viii).

But these interpretations fall well short of the mark. In reading Hester as Esther, Hawthorne sheds light not only on the character of Hester, as well as the Puritans’ hypocrisy, but also on the book of Esther. For we may identify four outstanding aspects of Hester’s inner world. First, due to events not entirely in her control, Hester suffers immensely. Second, relatedly, she experiences an extended period of communal censure. Third, her kindness is an essential part of her personality, and ultimately wins over the members of her community. Fourth and above all, she draws her resilience from remaining true to her own internal ethical compass, refusing the temptation to assimilate the values of the society around her.

In drawing such a strong parallel to Esther, Hawthorne suggests that we should see Esther in the same light. Esther too experiences tremendous suffering, from the death of her parents, to her traumatic experiences in the harem and palace, to living at the margins of her community. Second, the comparison to Esther suggests that Esther too was met with significant criticism by members of her community – or, at the very least, was wracked by internal doubts as to what others thought of her. Third, in winning others over with her good will and deeds, Esther distinguished herself with kindness. Fourth and most important, Esther too was driven by immense internal conviction. While it was Mordecai who urged her to approach the King, Esther made the decision on her own. It was at her initiative that the Jewish community fasted, and she independently hatched the ingenious plot of Haman and Ahashveirosh’s feasts. And she, along with Mordecai, established Purim as a holiday.

Historical context clinches this reading of Hawthorne’s Esther. Hawthorne read Cotton Mather’s Ornaments for the Daughters of Zion, a conduct manual in which Esther is one of the biblical heroines adduced as a model of proper behavior.[3] Mather’s guide was highly influential, and was widely read throughout the 19th century. Yet for Mather, Esther was the ideal woman inasmuch as she supported her husband Ahashveirosh (!) even as she urged him to improve his character. Hawthorne, alongside other 19th-century authors, broke from Ornaments, transforming Esther-as-Hester into an independent-minded, strong-willed, creative, elegant woman who was willing to break convention in order to do what was right. In so doing, Hawthorne offers us a three-dimensional view of Esther’s rich inner world.

[1] For a list, see Matthew Gartner, “’The Scarlet Letter’ and the Book of Esther: Scriptural Letter and Narrative Life,” Studies in American Fiction, 23:2 (Autumn 1995).

[2] Ariel Clark Silver, The Book of Esther and the Typology of Female Transfiguration in American Literature (Rowman and Littlefield, 2018).