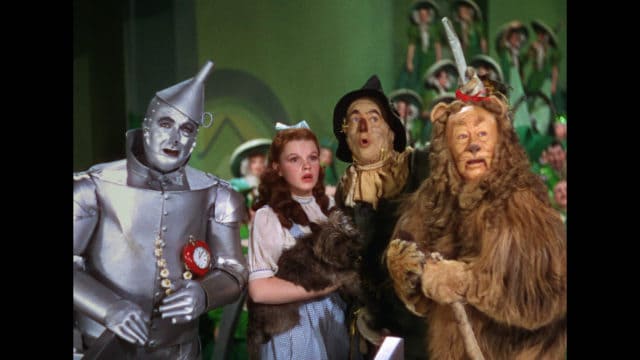 Dorothy: You are a very bad man!

The Wizard: No my dear, I am a very good man, I’m just a very bad wizard

The recent symposium in The Lehrhaus on women and Talmud Torah filled me with pride. It is inspiring to see such important gedolim coming to the defense of high-caliber women’s Torah learning, from the Lubavitcher Rebbe to Rabbi Joseph B. Soloveitchik to Rabbi Aharon Lichtenstein. It seems like this is a consensus topic that we can all agree about in some form or another.

Yet, on a more personal level, I must admit, the tenor of the discussion feels rather distant. Is Torah study the kind of thing one needs human permission to engage in? How connected are these milestones to the substance of learning, spiritual growth and Avodat Hashem?

Women who were capable and interested have always learned Torah—we saw it in the Talmud and we continue to see it today in manifold forms and contexts throughout the Jewish world. The ArtScroll Talmud is available to all—ask any dedicated ba’al teshuvah in a far flung locale. And if one is not that interested in Jewish learning, for women as with men, it’s not clear to me what any rabbinic pronouncement on the topic would accomplish. While outside barriers to spiritual growth exist, when it comes to the modern, free world, are they ever as formidable as the barriers within?

At various points in the past few months, the OU weighed whether to retain within its orbit those synagogues that employ female clergy. If the synagogues had been expelled, we can all imagine what the usual round of protests and/or approvals would have sounded like. And eventually, as with most of these debates, the discussion would have faded into oblivion. Still, if the question here is about Jewish women and their ability to lead, to influence, or to inspire, what exactly is at stake with or without the OU imprimatur of approval?

In considering these questions, I find myself returning to a classic film, The Wizard of Oz, which I recently re-watched with my children. The Wizard of Oz was a groundbreaking film for many reasons including its use of Technicolor, brilliantly introduced only upon Dorothy’s entry into Munchkinland. Yet, in its thematic concerns it is actually an anti-movie: the great climax of Dorothy finally reaching the Wizard is to discover that he is no wizard at all, just a nebbish salesman from Nebraska.

In a similar vein, when on the way to meet the great Wizard, Dorothy adopts a host of misfit friends: the Scarecrow, the Tinman and the Lion. All three of her friends want something from the legendary Wizard: the Scarecrow wants a brain, the Tinman a heart and the Lion some courage. The irony, of course, is that throughout their journey these three figures exhibit exactly these traits themselves: the Scarecrow shows brilliant ingenuity, the Tinman great depth of feeling, and even the anxious Lion musters the ability to protect his friends.

To the disappointment all of these figures, they ultimately discover that the Wizard is a cipher. He is the externalization of what they all want, and what they are all capable of finding on their own. The Wizard presents them with fancy certificates, testimonials and medals to attest to their respective brains, hearts and courageous dispositions. Yet, we understand that these tokens are ironic. The triumphs of the film happen through overcoming challenges on the yellow brick road, and not in the satirical faux-ceremony with which it concludes.

When I see the legendary picture of Rabbi Soloveitchik teaching the very first Talmud class at Stern College, with Rabbis Norman Lamm, Saul Berman and Mordechai Willig looking on in the background, I will admit that I am reminded of the Wizard of Oz.

I don’t mean to imply that Rabbi Soloveitchik is, God forbid, a false wizard—he was likely as close to a real “wizard” as possible for a modern sage. However, at the end of the day his power to pass on the mantle of Torah was largely dependent on the women (and men) who received it. Even more so, when I see the excitement surrounding photos of white bearded rabbis providing semikhah to their grinning cohorts of learned women, I see contemporary wizards of the L. Frank Baum variety as well.

Lest one assume that these impulses are limited to the Orthodox, the brilliant recently published scholarship of Hadar rabbis declaring that women need to take on various male obligations to be considered full members of the Jewish community is, on some level, more wizardry. When I hear disappointed Jewish feminists upset with a rabbinic establishment that does not grant them these magical powers, again, I wonder whether they are looking for leadership or if they are looking for wizards as well.

The history of semikhah originates in the Bible, when Moshe passed on his leadership to Yehoshua. Yet, according to most opinions, contemporary semikhah is not a direct continuation of this form of semikhah, or even classical forms of semikhah we see in the period of the Mishnah and the Talmud. We are blessed with some phenomenally learned modern rabbis. Even in these cases, more often than not, it is the person, not the title, who teaches us, inspires us and shows us the correct path.

The model of semikhah has its place in the tradition to be sure, but it is not nearly as fundamental as the more basic and quintessential form of transmitting religious responsibility: covenant. That is to say, the brit between God and the Jewish nation as a whole, inclusive of men, women and children. Covenant is not the bequeathing of powers from one being onto another. It is a living agreement, or a relationship. Entry into the covenant was not a human power grab at the expense of the Almighty and so it remains today. God continually entrusts the children of Israel as a collective, and as individuals, with a sacred responsibility and it is always in our hands to fulfill that responsibility.

Yet, what about the obstacles to that fulfillment? I won’t deny that, even for motivated women, there are some. Access to rabbinic texts via education, access to fixed prayer through the synagogue, access to the halls of “power” in the Orthodox community if one is looking for such things, etc. Here, The Wizard of Oz may also be instructive. When Dorothy arrives in the Emerald City and first meets the Wizard, she asks him to grant her wish: to finally return home to Kansas. The Wizard, who we will ultimately find is rather impotent in the magic department, brushes off her very reasonable request and instead asks her to instead do something for him: kill the witch and get her broomstick.

Despite the difficulty of the task, Dorothy does a stellar job with the help of her friends. After she returns she discovers, to her disappointment, that the Wizard is not who she thought he was. He is not even really a wizard at all. She turns to Glinda the Good Witch to help her out of her bind, but then Glinda offers a message that recalls the Wizard : “You don’t need to be helped any longer,” Glinda tells Dorothy, “you’ve always had the power to go home to Kansas.” With three clicks of her red sparkly shoes, and the iconic pronouncement “there’s no place like home,” Dorothy finds herself activating an internal power that she always possessed, but needed to overcome challenges in order to discover.

We are left then with two interpretations for how to view the Wizard. Either he is a bit of a masochist, forcing Dorothy to jump through hoops and embark on a life-threatening mission before trying to help her. Or, more generously, the Wizard is a leader. He sees something amazing in Dorothy. For Dorothy to bring out her inner strength she needs to defeat witches. The Wizard knows more than anyone that not very much depends on the Wizard.

Dorothy must continue to perform acts of courage in order to find her way home. In Oz, being courageous means fighting wicked witches. For a Jewish individual in the contemporary Western world, this courage involves following the commandments of the Torah, standing up for the Jewish people, and passing on the wisdom of Judaism to future generations.

I think of my Jewish feminist contemporaries as being a little like Dorothy: intelligent, brave, well-meaning—and wrong in one fundamental way. They confuse wizards with witches, and direct their anguish toward the former when they really should be fighting the latter. By “witches” I do not refer to any discrete foe, rather to the myriad obstacles standing in the way of a full engagement with Jewish religious life in the face of a culture that is increasingly inimical to it. An unambiguous fight against such witches may in fact cause the rabbinic legitimization that these women seek to magically materialize.

Or just as likely, the crucial importance of their mission will render irrelevant any possible wizardly objections or approbations. In comparing rabbis with wizards, I do not mean to minimize or make light of their awesome tasks. I am eternally grateful to the talmidei hakhamim who proudly bear the mantle of Torah for each generation. Yet, at the end of the day, it doesn’t really matter what is bequeathed upon us, or even denied us, as women. It’s upon each of us step up to the plate.

I will add that there’s something beautiful in the manner in which Dorothy traverses the Yellow Brick Road. She is a magnetic young woman and she brings out the best in the three “men” (loosely disguised as a scarecrow, a tinman, and a lion) who are drawn to her kindness and her resolve. Dorothy has none of the bells and whistles that the Wizard possesses, no title, palace or legions of followers.

She only has her character, convictions and her little dog Toto, and ultimately it is Dorothy who saves the day. Our sages understood the power of even anonymous Jewish women when they said that it is “in the merit of righteous women we were redeemed from Egypt.” As debates about the role of women in Judaism continue, this is a lesson that is at least worth keeping in mind.