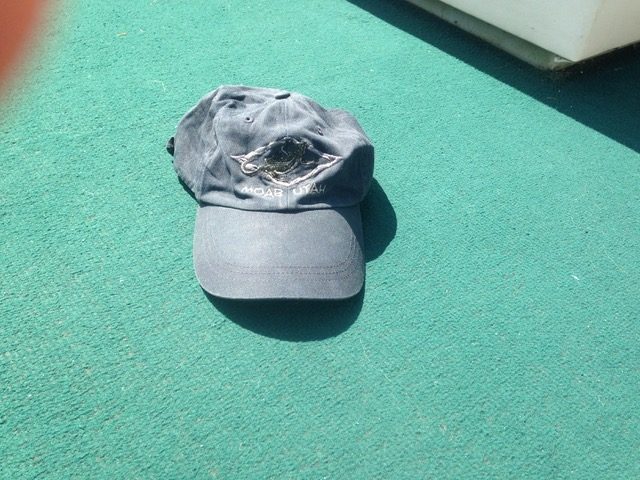 My husband Gary died 10 years ago, at the age of 62. At 53, he had been diagnosed with colon cancer, soon after colonoscopy became a household word.

The fact that we had six children was not causally related to the fact that Gary and I, secular Jews, became shomer Shabbat, Sabbath observers, when he was 34 and I was 30. Gary had wanted a big family anyway. But the impact of faith near the end of his life was dramatic. It buoyed him. He inspired friends who came to visit at the hospital. He never lost his smile or the twinkle in his eye.

On what turned out to be his last evening of consciousness, after looking at our wedding pictures, I asked him what advice he had for me. “Pay your bills on time,” he said. (Among other things, he was a CPA, but still.) Then he said, “Life goes on.” That I understood.

When I got back to the hospital the next morning, he was in a coma. With our children living in New York and Florida—and in Israel, where we had purchased burial plots a month before—he died that night in Chicago with close friends around him. When his havruta, his study partner, who learned Jewish texts with Gary for 25 years, cracked open the window and uttered the Hebrew words giving permission for the soul to leave, I felt a pang I’ll never forget.

This year, yahrzeit memories struck three months early, when a blustery wind blew across a lake in Wisconsin, where I was on a family vacation with my husband Howard.

I met Howard eight years ago, when Tova, a professional shadkhan, matchmaker, came to Chicago for her nephew’s wedding and spent Shabbat at the home of my friend Miri. Tova and I hit it off, and soon she was popping ideas. Tova not-exactly knew Howard from Jewish philanthropic work in Pittsburgh, where he had run the city’s federated charities. When Tova and I met, Howard was living and working in New York running the federations of North America; he had lost his wife a year earlier.

By the time Howard and I met in person, six weeks later, in New York—I had to go there anyway to work on a documentary I was making, ironically, about Jewish women who can’t get a get, a religious divorce—I was hooked.

Howard and I both—we had discovered via calls and emails—made our most important decisions intuitively. Gary and I had gotten engaged in seven days. Howard and Tina got engaged in six days. They too were married 38 years. They had two children.

Gary and Tina had things in common. They both loved giving things to people. They both pulled no punches when it came to expressing their opinions—Gary had once thrown a martini in someone’s face at a party in reaction to his opinion—and they both drew raves from friends for their culinary feats, particularly their sour pickles and tomatoes. They were both buried in Israel.

Like Gary, Howard wore wire-rim glasses and blue jeans. Like Gary, he had a Ph.D.—Gary, sociology; Howard, political science—and both had strong street creds as community activists. Like Gary and like me, Howard too had grown in his appreciation of Judaism over the years and become a Sabbath observer.

Like me, Howard liked small theaters, jazz clubs, ethnic food, art exhibits, workouts, and neighborhood-improvement projects. Like me, he continued to feel his late spouse a part of himself. Like me, he had had a Hungarian grandmother whose name was Malvina. And though he had lived in exile for 40 years, Howard too was a native Chicagoan, whose father owned a jewelry shop on the very same block—if ever an address sealed a deal—as my childhood orthodontist’s office.

We got engaged in July and married in September 2008.

In August 2016, Howard and I rented houses in Wisconsin Dells with two of my children and their families. While the kids spent the day thrill seeking at a water park, Howard and I dallied out on the lake on a pontoon. I was merrily steering, when a wind blew the cap off my head and into the water.

I panicked. “Howard, we’ve got to save it!” It was my Moab cap, and it was my most treasured keepsake of Gary.

“We can’t. I don’t see it,” he shot back. The prospect of losing something irreplaceable, in a time-honored place of happy family memories, lashed my heart to a sinking anchor. Then Howard spotted the cap. He got behind the wheel, I flattened myself out near the prow, and as if propelled by an Elmer Bernstein score, we went after it.

Howard pulled up beside the cap bobbing on the water. I reached, Howard urging caution, and it slipped away on a wave. Over and over, it kept getting away from us. Howard would back up to the cap, anticipating the ripple; he’d align the boat to set up my grab, and the cap would disappear under the hull. As Howard fought valiantly, I prepared for the worst, consoling myself that at least we tried.

Finally, the water becalmed, I swooped up the cap and unleashed a triumphal victory cry. “I got it, I got it!”

In the tradition of observant Jewish men, Gary had taken to covering his head, but with hats that made a statement. Some 15 years ago on a road trip through Utah, at Arches National Park, he found what became his favorite—a soft-denim cap with a relaxed crown. It bore the image of an iguana and below it: MOAB UTAH. Gary didn’t like sports caps. He couldn’t care less who won a game. He could have bought a cap at Zion National Park, but in a community like ours, that would trend literal. He was too puckish for that.

But Moab, biblically speaking, epitomizes the paradoxes of Jewish history. From Abraham’s nephew Lot, whose incestuous liaison gave rise to the Moabite nation; to the Moabite sorcerer Balaam, whose task was to curse the Israelites but who blessed them instead; to the righteous Moabite convert Ruth, who stayed true to her adopted people; to Ruth’s descendant King David, Moab evokes a future messianic time that culminates an epic global journey.

On Gary, the Moab cap winked: I do it my way.

I placed it on the deck to dry. It sat like a diamond on display. Howard pulled out his phone and took pictures from every angle.

In the early days of my marriage to Howard, lighting candles on Friday night, I’d wonder if my husbands would like each other. I imagined introducing them and watching initial awkward resistance give way to gratitude and even begrudging friendship.

I imagined Gary pitching opinion research to Howard. Professionally, besides being a university professor, Gary did research for decision makers to help them set policy. I imagined Gary trying to convince Howard why he needed research to develop the best messages to retain donors. I imagined Howard being impressed, but I couldn’t quite see him buying. If he didn’t buy, I could easily imagine Gary questioning Howard’s intelligence.

In real life, they disagreed on some things. Gary, a one-time campus radical and counter-culture activist, became a neocon. Howard stayed true to a liberal course. But Gary would have respected Howard—he would have recognized a kindred spirit—because Howard has hat puckishness too. A sports fan, Howard wears a Pirates cap in Chicago, where we live part-time, and a Cubs cap in Pittsburgh, where we also live part-time. At a Cubs-Pirates game at Wrigley Field, Howard had the sass to wear both a Pirates cap and a Pirates jacket. That was hutzpah worthy of Gary.

Political differences aside, yes, I think they would like each other. But the more perplexing question to me was, can one woman love two husbands at the same time?

Dreams can be an educational medium. I was somewhere in France. Gary walked toward me, beaming a beautiful smile. We were gloriously happy. A creepy dread set in. Uh oh, I’m married to Howard … how did I get myself into this? I slipped away to another charming French town to meet Howard. (I don’t remember which husband got Paris.) We were so happy. A fix had to be found. It came to me. I’ll keep them in different cities! Perfect solution.

And then I understood. It’s fine—it’s inevitable—to love two husbands. And the yahrzeit tradition is a tacit nod to this truth of the heart.

Why would you ever stop loving someone you never stopped loving?

Marriage, as much as being about love, is about closing the door on competing possibilities. But yahrzeit, the flame that gets lit and fades out and gets rekindled every year, is about the flame that is never fully extinguished.

When the Beggar Knocks