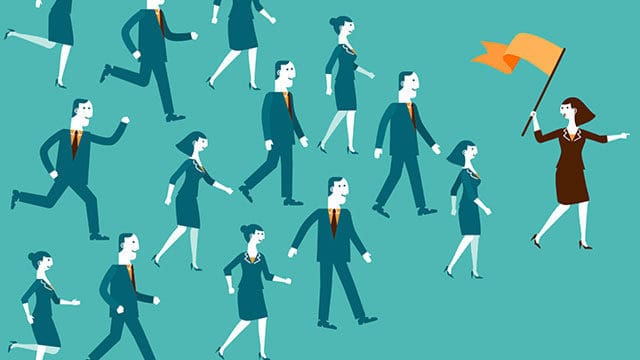 I’ve been following the conversation on The Lehrhaus regarding women’s halakhic education and leadership, and want to weigh in not only with regards to the question of halakhic training, but more broadly in terms of whether we are sufficiently nurturing young Orthodox women to become leaders in a variety of communal, educational, and halakhic facets.

Prof. Chaim Saiman argues that Orthodox Jewish women, even the most talented ones, cannot attain positions of halakhic leadership because of societal strictures within the Centrist Orthodox movement. He suggests that there are different tiers of women’s halakhic leadership which are more or less accepted by centrist organizations like the OU. I believe, as Saiman likely does, that among the “third tier” and “second tier” elite women are some women who have the required qualifications to lead congregations and give basic pesak. These women have the ability and interest to commit themselves to intense and long term study that would result in their being ranked with high level male halakhic experts. As Saiman suggests, most of these women have failed to attain positions of halakhic leadership not because they were insufficiently committed or lacked the necessary time, but because they reached the limit of their training, and saw no professional doors being opened to them.

My question, then, is not about women’s potential, but about whether we are doing enough to train and mentor women into such positions. Fortunately, there are those who oppose the societal strictures described by Saiman. I would ask these people to make some proactive changes, changes that are perhaps riskier than Rabbi Judah Goldberg’s approach, which requires both men and women who are committed to women’s halakhic leadership to keep their heads down and toe the line. Whereas Rabbi Judah Goldberg has suggested that women study as much as possible in order to make organic change, I believe that there may be more proactive steps that can be taken.

As a start, women could more actively support organizations that are devoted to nurturing and supporting their goals, training, and professional development. These organizations enable women to network with one another and provide them with a platform to make their voices heard in the public sphere.

While such organizations provide Orthodox women with significant benefits, they do not, as far as I know, offer mentoring or training to younger women scholars. This is where I see a major opportunity for improvement in preparing young Orthodox women to take on leadership roles. If women in mid-level and senior positions took a proactive role in mentoring women in junior positions, the level of retention when it comes to young women in leadership positions might rise. Unfortunately, however, I have read and heard statements by women in high-level leadership positions to the opposite effect, discouraging young women from pursuing such positions because the uphill battle is demoralizing and often defeating.  With more training and mentoring of women on the part of more experienced women, a collaborative cohort could emerge that would yield a more supportive system that would help ensure women interested in Jewish education, academia, and other forms of communal leadership to thrive.

Both within and outside of the framework of such organizations, Orthodox women also might consider systematically communicating with one another regarding how to make the diverse chorus of their voices heard.  More women should consider sharing, for example, professional and financial information that one is often expected to keep private. Women should likewise communicate with men who hold positions that are similar to those that women aspire to occupy. When women know what other men and women in their positions make, they are more comfortable asking for the price that they deserve – and the people hiring them are more willing to give it.

While women should take ownership of some of the proactive changes that can be made, men who work in the fields of rabbinic clergy, yeshiva and higher education, and community leadership should also work to help women rise into leadership positions. Too often public learning events and leadership organizations include no women. Although some have excused all-male panels and all-male yemei iyun by saying that the kind of women they sought were unavailable, organizers of these events must be persistent and proactive in ensuring that women are included. Assembling a database listing talented and qualified Orthodox Jewish female leaders will help enable such inclusion.

While it may be unrealistic to organize events where half the speakers are women, it is also unsatisfactory to organize events and panels with three or more men alongside a single “token woman.” This is unfair to the woman in question, who must act both as representative of her own interests, and as a representative of women in general. I have been in such a position many times and often have had to make clarifying statements such as “I don’t claim to represent all women on this issue,” when asked to speak from a “woman’s perspective.” Moreover, studies have shown that when a participant who represents a minority has another partner who shares her representation, the participant feels freer to more actively and honestly engage with others who represent the majority.

An additional drawback to including merely one “token woman” is that having just one woman on a panel or speaking event creates rivalry between women rather than collaboration. When women are become accustomed to receiving opportunities primarily as “token women,” they risk viewing one another as competitors for these lone spots. Including more than one Orthodox woman on a panel, board, administration, or learning event will enable women to take part in a supportive network of leaders whose goal is to nurture collaboration rather than competition.

By implementing the strategies above and proactively working to mentor and include women where they have traditionally been excluded, young women scholars who have already received training in education, Tanakh, rabbinics, Jewish history, and communal leadership can become situated in upwardly mobile careers. Above all, however, we must treat young women scholars as the potential talmidot hakhamim that they can become, and will become, once they see that there is a seat at the table waiting for them. My hope is that we will reach a point in time when the above strategies are no longer necessary, since they are meant to accommodate a reality in which most high-level leadership positions are controlled by men. Indeed, perhaps a time when half of the leadership positions in Orthodox communities are held by women is not so far away. Such equity in our leadership system will give way to an environment which nurtures the potential of both men and women. 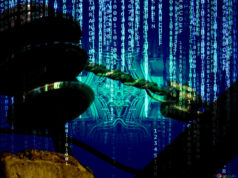