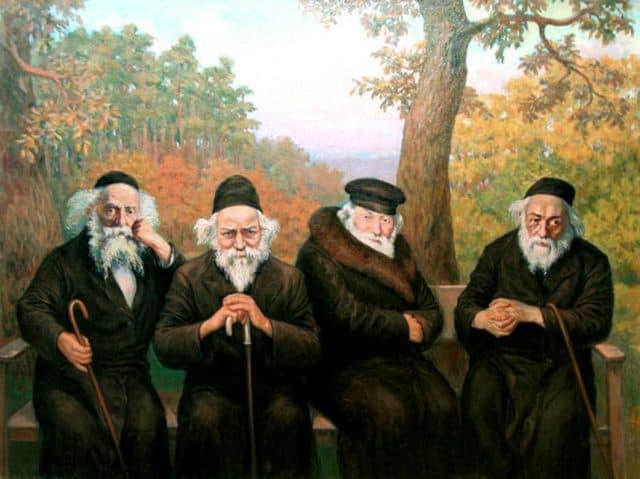 While I greatly enjoyed reading Chaim Saiman’s thoughtful essay, “The Market for Gedolim: A Tale of Supply and Demand,” nothing about it made me long wistfully to live in a community led by a gadol. If indeed, as Saiman puts it, such a community is defined by members who “are willing to talk, act, speak, and conceive of themselves as being led by a rabbi who . . . has divine imprimatur if not direct divine inspiration,” I find the longing for such a model to be problematic for several reasons.

First, a community seeking to stake its identity around a romanticized leader who evokes past authority figures will by nature always exclude those who have not traditionally occupied this position. Because it is difficult to imagine a woman as a gadol, or a Jew of color as a gadol, the community will continue to privilege only those who have previously had access to this role.

Second, for a community to cede autonomy to a lone, powerful, until now always male figure is an abdication of personal responsibility and leads to an environment with the potential for abuse.

Third, even in communities that are led by a gadol, the very act of choosing to ask the gadol a question and framing how it is asked invariably affects the answer given. This does not make the gadol less powerful, but it puts him on a spectrum with other rabbinic advisors who are called upon more intermittently. While my community chooses which questions to ask our posek, Rabbi Daniel Sperber, every community (and in fact every conversation) is always shaped by the choice of what to say, what not to say, and how to say it. Some communities are more explicit about the boundedness of this choice, but the interplay of she’elot and teshuvot (queries and responsa) is inherently a deliberate solicitation of an opinion.

I am privileged to know several men and women who are gedolim in both their Torah knowledge and the integrity with which they lead their lives. I am grateful that I am able to ask them questions and to discuss Torah and worldly matters with them. At no point though, would I wish to sublimate myself to their thinking and their opinions. Instead, what I most value is the refining of thoughts and the expansion of knowledge that comes from a respectful exchange of ideas.

At the conclusion of the essay, Prof. Saiman worries that without recourse to a powerful figurehead, Liberal Orthodoxy will be unable to generate a “sense of commitment to and commandedness by halakha.” In this election season, this argument reminds me of the original concerns of how the American colonies could function without a monarch. There was a fear that without a king, there would be no respect for law, no physical reminder that one had to submit to authority. As the Royalist Daniel Leonard wrote in 1775, without a monarch, democracy will “degenerate into tumult, violence and anarchy.” Today these anxieties read as antiquated. We are rightfully suspicious of politicians who arrogate too much power, who claim that only the force of their own authority can bring about order. If this conception of power structures is unacceptable in the realm of government, why would we wish for it in our religious communities?

I affirm Prof. Saiman’s posit that the Liberal Orthodox community likely could not function under the model of gadolhood. It is not clear why they would want to.