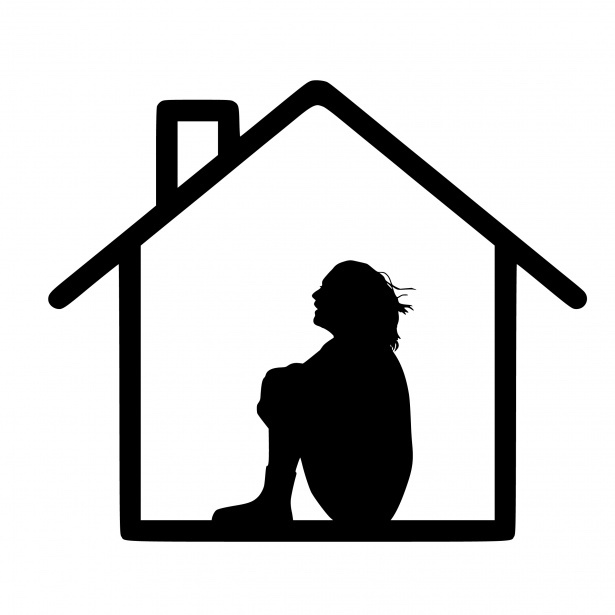 In this strange, new dystopian landscape, I find myself repeatedly saying ‘Who knows?’ – as a rhetorical and practical question, to be sure, but even more as an existential expression of uncertainty. Who knows if I or those I love and care for will avoid this virus? Who knows how many more days my synagogue will be shuttered, our school doors locked, our offices closed? Who knows how many Zoom calls I will have in place of classes and meetings, as we try to convince ourselves that online education works and that parents can replace teachers? Who knows how many memes and funny videos I will share today to block out the tragic new reality that has set in across the globe? Who knows when my head will feel clear enough to do all the thought work this isolating time was supposed to promise? Who knows when I will next feel like myself? My routine, my regular anchors, my life in community has, to use an Urban Dictionary word, been cancelled.

Something about the anxiety and pathos of these two words – who knows? – touches a simple, primal, and universal response to uncertainty. As I hear others use this question as today’s verbal drumbeat, I find myself simultaneously translating the expression in my head into Hebrew – “Mi yodea? Mi yodea?” – and then connecting it to places where the expression appears in Tanakh. Some of the places were immediately apparent but not all. I took out my worn Concordancia and went through the nearly two pages of biblical references to identify each appearance of this expression.

Ecclesiastes did not disappoint:

So, too, I loathed all the wealth that I was gaining under the sun. For I shall leave it to the man who will succeed me, and who knows whether he will be wise or foolish? (2:19)

Who knows if a man’s lifebreath does rise upward and if a beast’s breath does sink down into the earth? (3:21)

Who knows what is best for a man to do in life—the few days of his fleeting life? For who can tell him what the future holds for him under the sun? (6:12)

We cannot know if our toil and efforts, the legacy we leave, will continue after us. We cannot know if transcending our base desires and achieving holiness is within reach. We cannot know for certain the best formula for a good life, the summum bonum, nor can we know what the future holds. What we can do is learn from past experience, from the wisdom of others, from the laws and expectations of our tradition, and the memetic teachings within our families.

What I also discovered is that the contemplative “Who Knows?” of Ecclesiastes was matched by the action-driven “Who Knows?” of other biblical texts. When King David has an illegitimate child with Bathsheba and the child was ill, David immediately fights the sin of his illicit behavior with religious practices to try to save the life of a child until the infant dies. King David then rises from his place hungry, much to the confusion of his courtiers. David explains: “While the child was still alive, I fasted and wept because I thought: ‘Who knows? The Lord may have pity on me, and the child may live’ (II Samuel 12:22).” Until we have an answer “no,” we need to do all that is within our power to get to yes. But if the answer is finally “no,” we must accept the new reality with all of its tragic consequences.

We encounter a similar royal response in a very different biblical narrative: the Book of Jonah. The king of Nineveh got word that his city was about to be destroyed, yet, rather than sinking into despair, he rose, declaring a fast throughout the city and adjuring his constituents to change their ways: “Who knows but that God may turn and relent? He may turn back from His wrath, so that we do not perish” (3:9). The king’s uncertainty made him equally unsure that God was certain. Perhaps God would see the way the city transformed and be Himself transformed. And it was so.

The prophet Joel, in a moment of contrition and suffering, asks the Israelites not to engage in the superficial and external signs of mourning in response to a terrible situation but to introspect, rend their hearts, and use tragedy as an inflection point to change:

Rend your hearts rather than your garments, and turn back to the Lord your God. For He is gracious and compassionate, slow to anger, abounding in kindness, and renouncing punishment. Who knows but He may turn and relent, and leave a blessing behind for meal offering and drink offering to the Lord your God? Blow a horn in Zion. Solemnize a fast. Proclaim an assembly! (2:14)

Here, too, the question “Who Knows?” is preceded by a speculation that our change can influence God’s change of heart and is followed by a series of actions: horn blowing, fasting, and assembling as a community. Shifting a human mindset to correlate with God’s possible repeal of fate is again indicated by the psalmist: “Who knows Your furious anger? Your wrath matches the fear of You. Teach us to count our days rightly, that we may obtain a wise heart” (90:11). Precisely because we do not know what God has in store do we have to teach ourselves to use time well, to work hard, to obtain a wise heart.

I was struck by the two types of “Who Knows?” questions in Tankah: the unknowable future is either a shrug of human limitation or the unknowable future is the opposite, a spur to human possibility. If these two responses are both authentic in Tanakh, for both individual leaders and for the Israelites as a people, they may also help us formulate a way to move from the personal to the organizational in these dark days, extending the reach of what may be possible. Who knows if the challenges of being a truly global world can also release the gifts of being a deeply connected universal community? Now when we say, in the Talmudic idiom, we are all responsible for one another, we understand its profundity as never before.

Within families, communities, and workplaces, we look to leaders for light in all this confusion. In their book Primal Leadership, Daniel Goleman, Richard Boyatzis, and Annie McKee mention the important role that leaders have to make meaning for us in ambiguous situations that are unprecedented, where there is no right and obvious way to respond:

Because the leader’s way of seeing things has special weight, leaders “manage meaning” for a group, offering a way to interpret, and so react emotionally to, a given situation…group members generally see the leader’s emotional reaction as the most valid response, and so model their own on it – particularly in an ambiguous situation, where various members react differently. In a sense, the leader sets the emotional standard.[1]

The authors cite research that at such times, we look at our leaders for guidance even when they are not speaking, reading body language and reactions to measure and adjust our own. In “Who Knows?” times, we want to feel that someone knows better than we do and will set strategic directions.

Leaders today, just like their ancient forebears, face not only “Who knows?” questions but many “how” questions: How should we lead in this moment? How should we conduct day-to-day operations in such unusual circumstances and ensure fiscal security in insecure times? How do we assist those most vulnerable? How do we remain true to the values that drive our work, even when it changes dramatically? How can we offer compassionate and honest reassurance?

Russell Reynolds Associates in their report “Leadership through Uncertainty” also advise that leaders balance the urgent short-term issues that demand attention with a focus on long-term strategic goals that can get unsettled and neglected at such times. The report also advises a kind of moral clarity that leaders need to hold onto that is not masked or tarnished by the circumstances: “In the face of uncertainty, weak leaders are guided primarily by concerns over the ‘optics’ of their decisions; strong leaders are guided by a clear view of the sacrifices required to preserve strategic direction.”[2] You need not be in a leadership position to appreciate the difference between optics and sacrifices.

This notion of managing meaning and staying true to one’s core values is demonstrated by the most well-known expression of “Who Knows?” in Tanakh that, just like today, follows a crisis of confusion. In the Book of Esther, word goes out in the city of Shushan and the 127 provinces of King Ahasuerus’ kingdom that the Jews were to be killed, causing utter social mayhem and terror, as reflected in the narrative:

The text of the document was to the effect that a law should be proclaimed in every single province; it was to be publicly displayed to all the peoples, so that they might be ready for that day. The couriers went out posthaste on the royal mission, and the decree was proclaimed in the fortress Shushan. The king and Haman sat down to feast, but the city of Shushan was confused. (3:14-15)

In the very next verse, Mordecai acted, stepping into the public arena at a time of frightening ambiguity, and led the way. He showed his followers a genuine and authentic response to crisis in an unprecedented situation:

When Mordecai learned all that had happened, Mordecai tore his clothes and put on sackcloth and ashes. He went through the city, crying out loudly and bitterly, until he came in front of the palace gate; for one could not enter the palace gate wearing sackcloth. Also, in every province that the king’s command and decree reached, there was great mourning among the Jews, with fasting, weeping, and wailing, and everybody lay in sackcloth and ashes. (4:1-3)

Mordecai did not only model despair. Out of confusion, he created a strategy and inspired action with his simple two words, nestled into a short speech to his ward, Queen Esther: “And who knows, perhaps you have attained to royal position for just such a crisis” (4:14). Mordecai did not know the answers, but he knew how to use the ambiguity of the situation to catalyze action. Esther’s answer to a question of two words would forever change her life and ours.

‘Who knows?’ as a question may be followed by the reasonable but ultimately unsatisfying response: no one knows, and, therefore, I will do nothing. But ‘Who knows?’ can also be followed by the wordless response of positive action: since we do not know, we will do all that we can to change what we can, in the hopes that God will do the same.