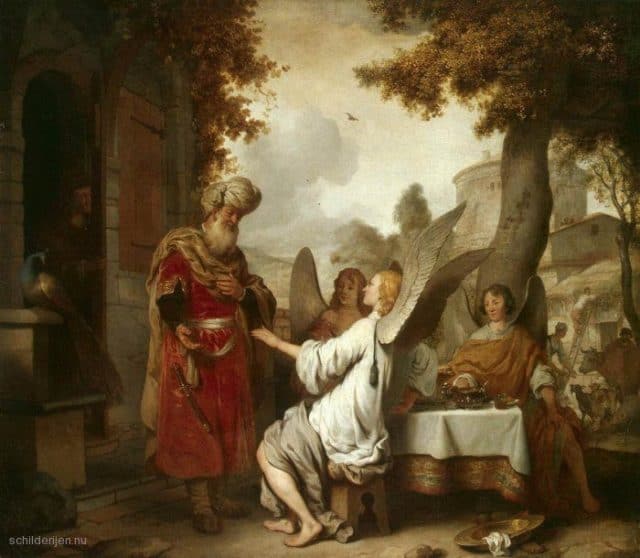 God isn’t angry with Sarah, when she laughs at the idea of birthing a child in her old age (Gen. 18:12-15). God is angry with Avraham.

God had already told Avraham that Sarah would bear a son (17:17). The reader—and God—might expect that Avraham would share this monumentally good news with his wife. Perhaps Avraham would initiate an exciting but difficult conversation about the future of the family. They might even do the only thing currently standing in the way between themselves and Divinely promised pregnancy: attempt to conceive.

But instead, when Sarah hears the news now, from three wandering strangers, she laughs. Because it’s the very first time she’s heard of this laughable proposal.

Apparently, Avraham didn’t act on the Divine promise. He never shared God’s word with his spouse, let her know anything in their future was about to change, or tried to conceive with her. Apparently, Avraham never believed that which God swore to him.

Which is why God’s disappointment is delivered not to Sarah but to Avraham:

God isn’t angry with Sarah, when she laughed.

God is angry with Abraham, because she laughed.