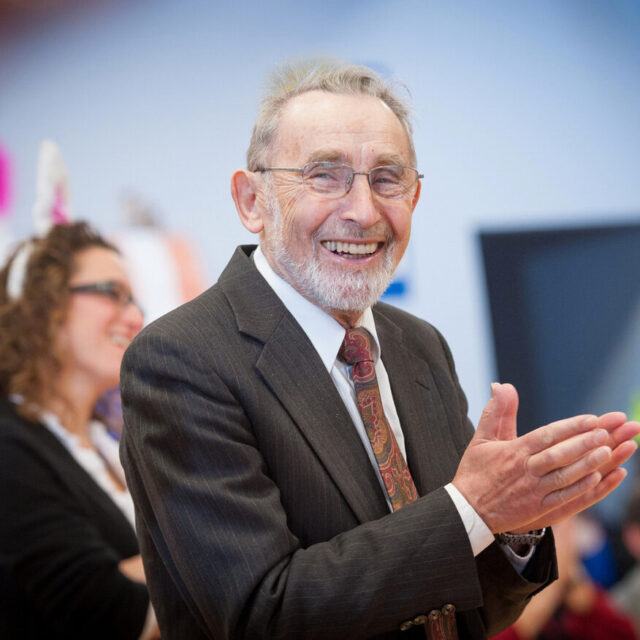 Just over a month ago, the Jewish world lost Rabbi Professor David Weiss Halivni, one of its greatest and most creative Talmudic minds and perhaps the last giant of Torah trained in prewar Europe. Lehrhaus is proud to host this symposium in his honor, which will include contributions from a number of his disciples and proteges. Dr. Elana Stein Hain describes the experience of being a student of Prof. Halivni over the course of twenty years, addressing his pathbreaking theory about the formation of the Babylonian Talmud, the intuitions and methods that he developed around his historical theory, and the abiding love of Torah study that animated his entire project. Rabbanit Channa Lockshin Bob offers us a glimpse of a person whose sensibilities and demeanor were that of a rosh yeshiva, yet who found himself in the Department of Religion of an Ivy League university, and the implications of that setting for himself and for his students.

Although I had the opportunity to attend his shi’urim at the Givat Ram campus of the Hebrew University for a few months, and I once had the privilege of driving him from the National Library of Israel to a class he gave in Modi’in (during which we played Hungarian Jewish geography, naturally), I was not his student, and most of what I learned from him is from his books. Nevertheless, there is one theme that seems to recur like a scarlet thread in his writings – and his life.

What leads a person to construct a new and brilliantly creative theory for the formation of a work like the Babylonian Talmud? Surely personal genius plays an outsize role, but Prof. Halivni was not the first or last Talmudic genius. As Dr. Stein Hain describes, his method was intuitive; he looked at a passage of gemara and intuitively perceived its seams, how its editors, the stamma’im, took earlier sources and traditions – mekorot and mesorot – and provided the connective tissue that places them in dialogue with one another, provides abstraction, and often shifts the meaning of the source material. But from where did such intuition, which was at such variance with how the gemara had always been studied, arise?

The Babylonian Talmud was not the only work for which he provided a theory of formation. He addressed the formation of the Torah itself, as it has come down to us, in Revelation Restored: Divine Writ and Critical Response (and, to a lesser extent, in Peshat and Derash). The gist of his theory, which, like his theory on Talmud, was controversial to some within the Orthodox community, is that the contents of the original revelation at Sinai became corrupted during the course of the sinful First Temple era, with different groups reinterpreting and even rewriting the Torah to comport with their sensibilities and needs.

Notwithstanding the immense ontological differences between the Torah, a divine document, and the Talmud, which all agree was produced by humans, the role he assigns to Ezra the Scribe, who Prof. Halivni identifies as the Torah’s redactor, shares some important similarities with that of the stamma’im. Both inherited a corpus of authoritative teachings and undertook to assemble them into a smooth, comprehensible whole. This role is necessary because teachings are never transmitted pristinely and human behavior and sensibilities shift imperceptibly over time. Text and tradition fall out of sync, necessitating reinterpretation. And so human fingerprints, or “maculations”, creep into the texts or, at the very least, interpretations are provided that are clearly out of step with the text’s plain meaning.

Perhaps Prof. Halivni’s twin theories about the restoration of the Torah and formation of the Talmud, his notion of how the heirs of a grand but broken tradition made their best effort to reassemble the shards and fragments into something whole, originates in his personal experience. (For a similar analysis, see R. Dr. Shlomo Zuckier’s discussion here.) He was raised in Sighet, a major center of Torah in Greater Hungary, in a tradition that emphasized vast erudition. He was recognized as a prodigy, an ilui, and he was considered an accomplished Torah scholar already as a teenager. But that life, the entire culture in which he was raised, was shattered into a million pieces during the spring and summer of 1944. Surviving alone and reaching the shores of a land so different, he himself had to undergo what he later ascribed to Ezra and the stamma’im – of picking up the shattered fragments and attempting to reassemble them into something whole but in a new and vastly different set of circumstances and sensibilities. The result, the best result we can hope for, is a good faith effort by human beings to recover God’s word. Inevitably, it will not be the same as what was lost and will be all too human, yet it is the only path forward.A verse in Iyov (19:26) states: “From my flesh I behold God.” The Hasidic interpretation of this verse is that one’s physical existence can become a vehicle for perceiving insights into the divine. Prof. Halivni’s life’s work was devoted to understanding the individuals – the stamma’im and Ezra the Scribe – who sought to reassemble the fragmented word of God. But maybe he was drawn to these individuals, maybe he was able to perceive the traces of their work so clearly and intuitively, because he viewed himself as being engaged in a similar process of reassembling the word of God from shards of a shattered world.