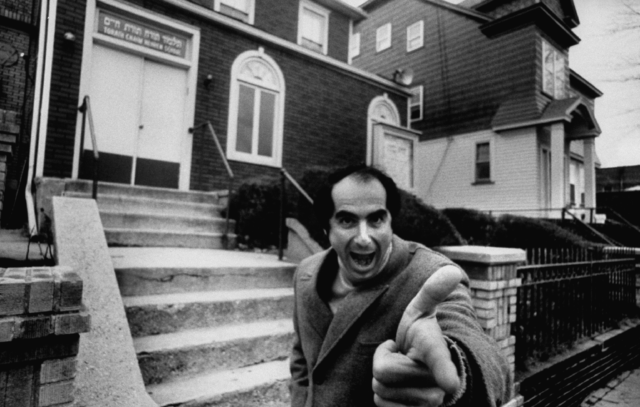 Philip Roth was the best of us because there was a moment around the hinge of the middle of the last century, when the world was wild and Jewish parents still remembered the shtetl, that he dared to be the worst. Goodbye, Columbus (1959) and Portnoy’s Complaint (1969) detonated at a time when American Jewry could still be shocked, because it still felt like it had something to lose. Forget Roth’s protestations that he was not a Jewish writer. He is the essential one. Like Moses at the burning bush, he tried to shrink from speaking to and for his people. Roth was forced into service by his own outrageous talent and fertile material. His prose never stuttered; endlessly fluent, and fluent to the end.

Like any great artist, Roth’s insights brush the future. There is no better example of the complexities of race on college campuses than The Human Stain, and The Plot Against America glimpsed an American right-wing demagogue far before most of us did. The debates over Israel that have come to be the only ones that matter in American Jewry are all rehearsed in The Counterlife (1986) and Operation Shylock (1993); no writer has more vividly captured the pathologies and possibilities of the relationship of American Jews with Israel. At a time when American Jewry increasingly sees Israel as an abstracted piñata in a morality play of its own making, Roth did the hard work of imagining his way into its people and places, staging debates but rarely taking sides. The Israel that emerges in Roth’s novel is a country in full, an aesthetic and empathetic triumph. Even as writers like Nicole Krauss, Jonathan Safran Foer, and Nathan Englander nudge Israel to the center of Jewish American fiction, Shylock and The Counterlife will remain the defining works. And they are just tributaries off the broader stream of Roth’s cascading masterworks, a parade of distinctive covers and seething syntax.

There are two junctures of Roth’s career that resonate deeply for me, now that there will be no more wild sentences. The first is its very beginning, the first decade bookended by Goodbye, Columbus and Portnoy’s Complaint. These books map how to be an American Jew, and if they broke boundaries they also sketched wide new circumferences. Two non-fiction essays, “Talking About Jews” and “Writing About Jews,” brought the fierceness of a young writer’s novelistic gaze to bear on the still-vital questions of the relationship between artist and tribe, writers and critics, the Jewish people and the American promise. These essays chart everything to come, but Roth was the first one in the sea, before anyone knew if the waters would part. On the other side, forty years later, Roth had a late resurgence that textured his achievement. As an older man he produced work young in spirit and mature in craft; Sabbath’s Theater (1995), American Pastoral (1997), The Human Stain (2000), and The Plot Against America (2004). These are the books that will last longest, because they cut the deepest, and leave the freshest wounds.

It is not Roth we should mourn. He lived long and well, and a Nobel is hardly missed among the garlands of his achievements. Rather, what merits righteous defending are the reading audience and Jewish civilization that produced him, collaborated with him, and came to define itself in no small measure through his work. He was wicked in the service of wisdom and managed to refuse identity politics even as he mined the richness of the ethnic in its most imaginatively lucrative vein. This wild discipline smuggled the apocrypha of Jewish experience into the canon of Jewish letters. May his memory be a boisterous blessing.