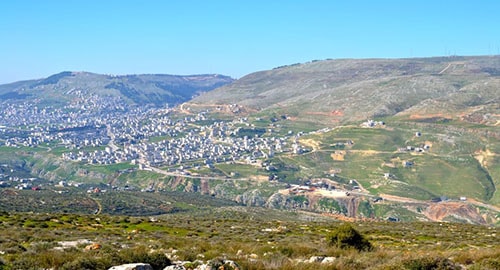 If we wish to understand the tragic tale of Dinah’s abduction, recounted in Genesis 34, we must read it against the backdrop of three earlier episodes with which it shares striking similarities: those of Genesis 12, Genesis 20, and Genesis 26. With slight variations, the storyline of each of these three episodes basically runs as follows: One of the avot (Avraham/Yitzchak) settles among foreigners (Egyptians/Philistines) and, fearing that the local ruler (Pharaoh/Avimelech) will kill him on account of his wife (Sarah/Rivkah), chooses to present that wife as his “sister.” The ruler, believing that the woman is unmarried and seeking to consort with her, abducts her and brings her into his palace. As he is about to violate her, however, he learns that the woman is not actually the man’s “sister,” but rather, his wife. He therefore returns the wife and showers gifts upon the husband. The two men then form some sort of treaty, or covenant. All’s well that ends well, right?

Well, not so fast. Granted, Sarah and Rivkah each emerge from their ordeals relatively unscathed. Yet what if one of these matriarchs had not had the good fortune of being married—what if she had not been a wife, but indeed a sister, and thus readily available according to the dubious mores of the Ancient Near East? For the answer to this question we need look no farther than Genesis 34. Like his father and his grandfather, Yaakov settles among foreigners. Like them, one of the women in his family (Dinah) attracts the attention of the local ruler (Shechem). This ruler, like those rulers, abducts the woman he has set his eyes upon. He, like them, is prepared to shower gifts upon her brothers and to form a covenant with them as well. There is only one difference: unlike Avimelech, and unlike Pharaoh, Shechem actually consorts with the woman whom he has abducted—for in his case, that woman is not a wife, but a sister. And the prince could find no precedent in which patriarchs had protested the violation of their sisters.

Make no mistake: Shechem committed a grave sin, and he is fully responsible for that sin. Yet he might not have felt as free to act as he did had he not belonged to a culture which had consistently condoned the very conduct in which he sought to partake. What if Avraham and Yitzchak had condemned that conduct when Hashem brought its practitioners directly into their laps? What if, with their wives returned safely to them and the would-be offenders standing shamefaced before them, Dinah’s forefathers had taken the opportunity to teach these imperius monarchs that just as it is wrong to abduct a “wife,” so is it wrong to abduct a “sister?” What if, in the course of negotiating their respective covenants, they had raised this issue with indignation equal to that expressed over the economic injustices perpetrated against them? Or what if, famine notwithstanding, they had sidestepped the sordid business altogether, by refusing to inhabit societies in which passing off one’s wife as one’s sister stood as a precondition for one’s own survival (see Ramban to Genesis 12:20)?

We cannot know if any of these options occurred to Avraham or Yitzchak, nor, if they did, why they were ultimately dismissed. Inasmuch, moreover, as the solutions to Genesis 34 remain unclear, even in hindsight—who can assert definitively that any of the aforementioned suggestions, if implemented, would have prevented Dinah’s abduction?—one certainly cannot criticize the avot for lack of foresight.

What these episodes do permit us to conclude with confidence, however, is this: one can only leave moral threats unchecked for so long before the close-calls crystallize into wake-up calls. Therefore we ought to treat such threats seriously—even when they do not impact upon us directly—and combat them as soon as is practically possible. In this respect, we would be wise to heed the words of Hillel: “If I am not for myself, who will be for me? And when I am only for myself, what am I? And if not now, when?” (Avot 1:14). 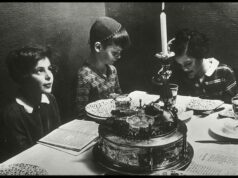 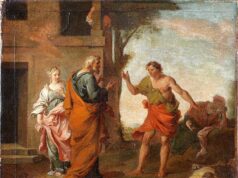