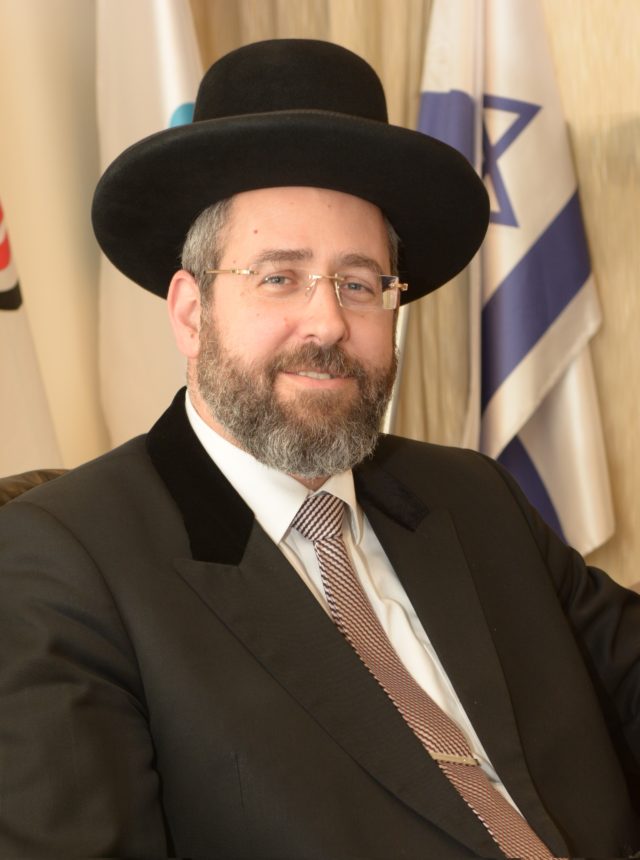 On August 20th it was reported that Israeli Chief Rabbi David Lau had ordered a burial society to deny burial to the mother of infamous get refuser Mer Kin. Kin was civilly divorced over ten years ago, and while he has remarried via the halakhic mechanism of heter meah rabbanim, he has not yet given a get to his first wife. The online reaction was swift. While Kin had few supporters, many people were concerned that there was no halakhic justification for harming a third party in this dispute, and that the rabbinate was overstepping its bounds. Other issues such as kavod ha-met (respect for the deceased), the obligation to bury a person in a timely fashion, and the scope of the Chief Rabbi’s authority were also raised. While I will leave the question of whether this was an appropriate penalty in this instance to people with more knowledge of the case in question, the idea has a long halakhic history and is supported by many great rabbis over time. Although usage of penalties like these that target the family members of someone who ignores the directives of a rabbinic court are rare, they are not unheard of.

The first to suggest refusing burial as a potential penalty was Paltoi Gaon (842-857). In a responsum found in several places[1], Paltoi Gaon lists the penalties that can be levied on a person who is put in herem for ignoring the ruling of a beit din. The penalties include not counting such individuals in a minyan, not joining them to a zimun, pulling their children from school, banning their spouse from attending synagogue, declaring their wine and bread to be like the wine and bread of non-Jews, removing a person’s tzitzit and mezuzot, not permitting their sons to be circumcised, not allowing them to bury their dead, and not eating or drinking with them. Paltoi Gaon’s list of possible penalties is not specific to a get refuser; in fact he does not even mention that case, rather it is more generic and applicable to anyone put in herem by a beit din. Among the Rishonim it appears that Rivash considered some of Paltoi Gaon’s penalties to be too harsh, and reports that they were not employed in his day.[2] However, most other Rishonim supported Paltoi Gaon’s list of possible penalties. Among them are Rif, Nimukei Yosef,[3] Rashba,[4] Rabbeinu Yeruham,[5] R. Aharon ha-Kohen mi-Lunel,[6] Binyamin Ze’ev,[7] and Beit Yosef.[8] Among the Aharonim, some notable dissent comes from Maharshal and Hatam Sofer, who take issue with removing a man’s children from school and his wife from the synagogue. However, neither takes issue with denying burial to his relatives – a notable silence given that they were willing to attack similar penalties listed by Paltei Gaon.[9]

Rabbeinu Tam (1100-1171), meanwhile, considered the case of a husband who was ignoring a beit din’s order to grant his wife a get.[10] He too laid down penalties that could be levied by the beit din without being considered coercion, as that would invalidate the get. These penalties include refraining from engaging in commerce, avoiding socialization, not eating and drinking with the recalcitrant husband, and not visiting him should he become ill. The most notable difference between the penalties suggested by Rabbeinu Tam for a get refuser and Paltoi Gaon for an excommunicated individual is in the area of penalizing the individual’s family. Paltoi suggests not burying a person’s family members, not circumcising his sons, and removing his wife from the synagogue. Rabbeinu Tam, by contrast, suggests no penalties for family members. This is most likely because in the case of a family dissolution, penalizing the husband’s family members (especially the wife) smacks of penalizing the victim. Rabbeinu Tam’s ruling, often referred to as Harhakot de-Rabbeinu Tam, serves as the basis for many of the actions taken today against recalcitrant husbands.

R. Binyamin Ze’ev Marta (1475-1545) was the first to combine these two disparate threads. He explicitly combines the harhakot of Rabbeinu Tam and the herem of Paltoi Gaon stating that any of Paltoi’s penalties can be applied to a get refuser and it would still not be coercion according to Rabbeinu Tam.[11] In doing so, he allows penalties which fall primarily on the family of a get refuser, and is the first to explicitly permit not burying the family members of a get-refuser. This responsum is also quoted by Rama in his commentary on Shulhan Arukh’s discussion of a get refuser, which undoubtedly gave further credence and publicity to this position.[12]

Any actual implementation of any of these penalties would obviously have to be handled with care and utilized with discretion. It is therefore significant that there have been a few cases which have dealt with these issues; some of them can help inform ours. The first similar case is found in Responsum Shevut Yaakov (1661-1733). A man was in violation of a beit din‘s orders, and his son-in-law died without sons. The court was allowed to prevent his daughter’s halitza until the man consented to follow the court’s demands. We see that the beit din was willing to forgo a positive mitzvah by a family member of a person they were trying to pressure.[13]

A second case is from an Israeli rabbinical court in 1950 penned by then-future Chief Rabbi Ovadia Yosef. The court was trying to put pressure on a man to grant a divorce to his wife. While they never got to the point of actually issuing a seruv, they did entertain the option of refusing to bury members of his family should it get to that point. Ovadia Yosef does say that removing a man’s children from school should no longer be practiced based on the aforementioned comment of Maharshal, but does not say anything about no longer refusing burial to family members. It would seem, then, that even seventy years ago Israeli Rabbinical courts were open to the idea of refusing burial to the family of a get refuser.[14]

A third related case is from Israel in 2017. Israeli Rabbinical courts were trying to convince a man to grant a divorce to his wife. The court imposed various penalties, including an order not to include him in a minyan, not to do business with him, and not to bury the recalcitrant husband himself if he died. The husband fled the country and sued, claiming that the courts didn’t have the authority to impose these penalties. The Israeli Supreme Court denied his claim on all accounts, except regarding the burial issue. The Court ruled that since a husband’s obligation to grant a divorce expired upon the passing of the husband, denying him burial was a violation of Israeli law. That part of the order was therefore rescinded.[15] In any case, we can see from this that as long as rabbinical court decrees do not conflict with Israeli law, Israeli courts have given them a wide latitude to impose creative penalties on get refusers.

The final issue is how a beit din can allow a Jewish corpse to go unburied or a Jewish boy uncircumcised. Several of the aforementioned Rishonim and Aharonim address this issue. Binyamin  Ze’ev, Rashba, and Maharshal all take the same approach. First, they point out that the Gemara gives courts permission to uproot a positive commandment for the sake of building a fence around the Torah in order to preserve it.[16] However, they still need to justify the actions of those refraining from performing a positive mitzvah. Is a Jew permitted to turn a Jewish child away from school or refuse to bury a Jewish corpse? These responsa analyze the technical aspects of a shevuah (oath) and determine that in fact a Jew can. While a person cannot take an oath to directly annul a mitzvah, a person can take an oath to refrain from a behavior that includes both mitzvah and non-mitzvah components. For example, while a person cannot swear to refrain from sitting in the shade of the Sukkah, one can swear not to sit in the shade, and then be forbidden from sitting in the Sukkah or any other shady location. By the same token, a Jew can swear not to help a certain person, even if some of that help means not performing a positive mitzvah, such as burying a dead body or circumcising a child.

In conclusion, we can see that while the idea of not burying the body of a fellow Jew strikes an obvious emotional chord, it has a long halakhic history. The concept was first proposed by Paltoi Gaon as a measure to be used against someone who needed to be brought to beit din, and it found support among many Rishonim. Binyamin  Ze’ev was the first to combine it with the Harhakot de-Rabbeinu Tam and suggest that it be used against a get refuser. Similar measures penalizing the family member of someone the court is trying to target are rare but not unheard of.