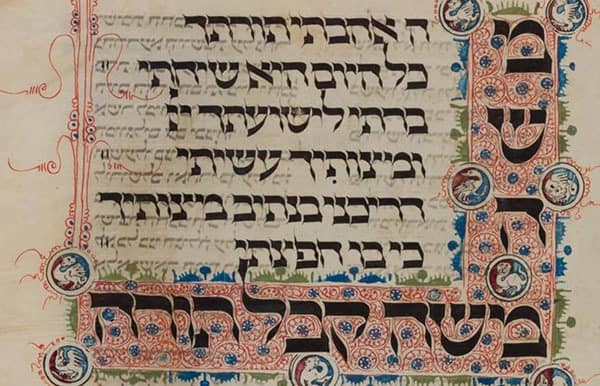 After the tsunami of reactions to the recent OU statement on Orthodox women clergy, one wonders what more there is to say on the subject. The issue is so explosive, and the discussion often so extreme, that though there is much more to say, it would appear that discrete silence is presently the better part of valor; at least until the present wave of passionate intensity recedes. Perhaps then, after the adrenaline driven protestations have entered the blogosphere, that people who only seek the greater glory of God and His Torah will be able to listen to one another. Perhaps then, the moderates who fully support the study of Torah by women, yet oppose the ordination of women as rabbis (in its present iteration), will also have their turn to offer an opinion.

In the interim, I would like to offer a few observations concerning the OU paper and some of the published reactions thereto. I hope, thereby, to introduce an element of precision and a degree of nuance to a discourse that has been frequently lacking in both.

Owing to the fact that it has been invoked by both sides, with varying degrees of imprecision, I would like to concentrate here on the term Mesorah.

Mesorah has a long and venerable history, though it might be called by other names. It also refers to very different things, though one would hardly know that from many of the articles and social media posts of the past few weeks. So, in full cognizance of the limitations of a Lehrhaus essay, here are several salient examples.

1) Mesorah is an important factor in verifying realia or skills. The question of Mesorah looms large in kashrut (e.g., the permissibility of fowl (among Ashkenazim), allowing consumption of new types of animals, or the proper method of removing prohibited portions of an animal [nikur]). It is not, however, restricted to kashrut. Much of the discussion concerning wearing tekhelet, or identifying the exact site of the Beit Ha-Mikdash, revolves around the existence of a living tradition. Opinions are sharply divided as to the possibility of restoring a living tradition, once it has disappeared. [For the record, my personal conviction and practice aligns with those who believe this to be possible.]

2) Mesorah, more importantly, refers to the corpus receptus of Jewish practice. The ‘Burden of Tradition’ is a very potent, and frequently determinative, factor in Traditional Judaism. One expression of this is the absolute authority of the Babylonian Talmud. From the time of its redaction and ratification, the Talmud is the foundation of all Halakhah. Its explicit rulings are set for all time, and all subsequent rulings must pass muster with the Talmud in lie with the broads lines of traditional interpretation thereof (Bi’ur ha-Gra ad Hoshen Mishpat, sec. 25 s-p. 6).

At the same time that the authority of the Talmud cannot be impugned, established halakhic consensus, otherwise known as sugya de-alma, also represents a formidable portion of Mesorah. Halakhah is cumulative, as anyone who has studied Rosh, Sanhedrin 4:4 and Hoshen Mishpat 25 knows. Its cumulative wisdom is self-perceived as binding. It is not, of course, static and can change over time. However, as Rosh and Rema (ad loc.) note, halakhic consensus can only be overturned when two factors are at play: an overwhelming, halakhically defensible objection (kushya mefursemet) and advocates of change who possess towering scholarship and piety.

3) Millennia of usage demand that it be addressed with reverence and deference, for the collective wisdom of the Jewish People has a certain vox populi, vox Dei quality to it (as long as the ‘People’ are God-fearing and observant). As Hillel the Elder once declared, ‘Rely upon Israel. If they be not prophets, they are the sons of prophets.’ This is the reason that the observations of the Shakh (themselves rooted in the normative discussion of the fifteenth century scholar, Rabbi Joseph Colon Trabotto in shoresh 172) figure in the statement of the rabbis who signed the present statement. Yet, as with the first iteration of the term, in this sense Mesorah does not have an absolute veto on proffered changes. Its valence, however, is formidable. Depending upon the weight of the question at bar, one can easily affirm that ‘He who would proffer change (especially tectonic change), must prove his/her case beyond any reasonable doubt.’

4) Mori ve-rabi, Rabban shel Yisrael, Rabbi Joseph B. Soloveitchik zt’l invoked the concept of Mesorah on many different occasions, and it is appropriate that his teachings and authority stand in the center of the present discussion (though, for some reason, his halakhic and talmudic oeuvre is nowhere to be seen). Anyone who either had the privilege of studying with the Rav (as I did for almost a decade) or who has studied his writings, knows that he was very deferential and reverential towards received tradition. Thus, he opposed altering elements included in the above understandings of Mesorah. At the same time, more than anyone else, it was he who advanced the notion that women must serve God through Torah study in the fullest sense.

Nevertheless, when he discussed the definition of Mesorah, he consistently described the character of Torah Study, in its wider sense. Torah study, and by extension halakhic decision-making, is an encounter with God and must be enveloped with awareness of that fact. The Torah is not a ‘text.’ It is the Word of the Living God, and must be treated as such. Talmud Torah is carried on from a posture both of deep and abiding humility, alongside great empowerment since He invites man (and woman) to join in the exploration and applications of its endless vistas. Creativity and Initiative are balanced by Deference not only to God, but to the collective wisdom of Hazal and the great post-Talmudic authorities. In a recently published essay, found in the volume Halakhic Morality, the Rav expands upon this last point by discussing the intimate and loving relationship between Teacher and Disciple, which is the manifestation of Mesorah, literally, ‘passing on.’ I must register my deep dismay that Mesorah in this sense, in its most important sense, is almost totally absent from the present discussion. That, I assert in deep pain, is a serious indictment of the state of ‘Orthodox’ Judaism in the United States.

5) Rabbi Soloveitchik explicitly asserted that there is a methodological component of Mesorah. On more than one occasion, he emphasized the autonomy of Torah Study and the existence of a unitary dialogue that unites generations and spans the centuries. Even though there are clearly different schools of Law and Commentary within Rabbinic Tradition, it remains a fact that the Texti Recepti provided the fulcrum for talmudic and halakhic study and decision-making. The encounter between protean reality and the Talmud and Codes was effected by the imminent study of the latter, and its application to the former. As a result, one can certainly see the ‘signs of the times’ in responsa and Law Books. However, these are limited and modulated by the accepted canons of Torah study and halakhic decision-making. Only in extremis did the greatest of Rabbis deviate from this approach, and only then using tools that Tradition itself provided and through consultation with colleagues of equal, or greater, stature.

It was for this reason that Rabbi Soloveitchik categorically rejected the application of Historicist reductionism and psychological analysis to Talmud and Halakhah (and we could add Lacan-based Literary Analysis). History and all the disciplines of Western Culture have a legitimate interpretative, yet ancillary place, in the Santum Sanctorum of Talmud Torah. However, the Rav taught that these remain essentially speculative and materialist atheist approaches, which corrode Tradition and raise the dangerous prospect of turning the Torah into nothing more than a Jewish ornament on value systems that are in many ways at odds with the Torah.

Each of these (pace, the first) different, but related, meanings of Mesorah directly impact upon the serious question of creating Torah leadership structures for learned women, who thirst for the contests of Abaye and Rava. Personally, I am deeply committed to the position that we owe it to them, to ourselves, and to our forebears to develop such structures. However, for those structures to be meaningfully Orthodox, they must emerge out of the methodology of Mesorah and be expressed, above all, as a deep and abiding yearning by Jews (of both genders) for the Greater Glory of God and His Torah.