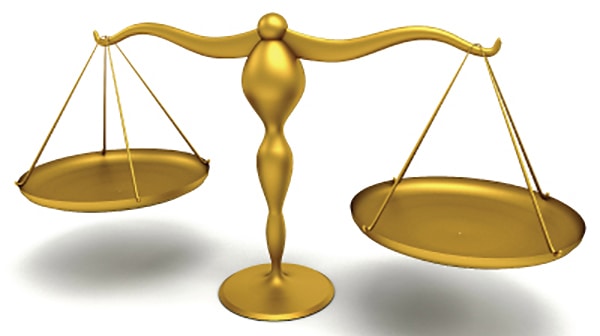 The Talmud records two remarkable anecdotes concerning baalei teshuva. Diametrically opposed to one another, the tales appear to present conflicting paradigms of repentance. One anecdote appears in Avodah Zarah 17a:

It was said of R. Elazar b. Durdaya that he did not leave out any harlot in the world without coming to her. Once, upon hearing that there was a certain harlot in one of the towns by the sea who accepted a purse of denarii for her hire, he took a purse of denarii and crossed seven rivers for her sake. As he was with her, she blew forth breath and said: As this blown breath will not return to its place, so will Elazar b. Durdaya never be received in repentance.

He said: The matter then depends upon me alone! He placed his head between his knees, and wept aloud until his soul departed. Then a heavenly voice was heard proclaiming: Rabbi Elazar b. Durdaya is destined for the life of the world to come!

This story offers a case of the baal teshuvah for whom the only course of repentance is demise and death. So deeply has sin tainted this individual’s life that it cannot be extricated without the inevitable consequence of death.

The second anecdote, recorded in Menahot 44a, presents a different vision of repentance:

The harlot prepared for him seven beds, six of silver and one of gold; and between one bed and the other there were steps of silver, but the last were of gold. She then went up to the top bed and sat upon it naked. He too went up and sat naked next to her, when the four fringes of his garment struck him across the face; he slipped off the bed and fell upon the ground. She also [let herself fall] and sat upon the ground.

She said to him: By the Roman Capitol, I will not leave until you tell me what blemish you saw in me. He replied: By the Temple, never have I seen a woman as beautiful as you are; but there is one commandment which God has commanded us, that is called tzitzit, and with regard to it the expression “I am the Lord your God” is written twice, signifying, I am He who will exact punishment in the future and I am He who will give reward in the future. The tzitzit appeared to me as four witnesses.

She said: I will not let you go until you tell me your name, the name of your town, the name of your teacher, and the name of your school in which you study the Torah. He wrote all this down and handed it to her. Thereupon she arose and divided her estate into three parts; one third for the kingdom, one third to be distributed among the poor, and one third she took with her in her hand; the bed linen she kept.

She came to the house of study of Rabbi Chiyya, and said to him: Master, give instructions that they may make me a convert. He replied: My daughter, perhaps you have set your eyes on one of my students? She thereupon took out the paper and handed it to him. He said: Go, and enjoy your acquisition. Those very bed-linen which she had spread for the student for an illicit purpose she now spread out for him lawfully.

This multi-layered story has much to teach us, but the final sentence is most instructive. Instead of the inescapable death that Elazar b. Durdaya’s repentance necessitated—the unnamed disciple and harlot exercised a type of repentance that encouraged pure life. The very bed-linen used in sin was converted to holiness.

For them, penitence meant a rechanneling of living impulses and energies so that they are in tune with a higher moral and religious calling. Perhaps more precisely than redirection or rechanneling, the inner motion of this type of repentance is rediscovery.

Very different stories, indeed. A third source, however, might bring these two narratives closer together. Pirkei De-Rabbi Eliezer records an episode in which Rabbi Eliezer’s disciples posed a question to their teacher: “How can we repent, yet live?” The question’s emphasis is not repentance, but rather life: How is it possible to repent, to leave a life of sin and iniquity, and yet to live? Is this indeed possible—or does repentance compel a total withdrawal from life, in the manner of the convent and the monastery?

To this, Rabbi Eliezer replied with two verses. “Hashem will answer you on the day of strife” (Ps. 20:2). And yet it is stated: “My beloved put his hand by the hole of the door; and my heart was moved for him” (Song of Songs 5:4). On the one hand, Rabbi Eliezer confirmed his disciples’ intuition: the day of repentance is a day of strife—a day that requires painful detachment from former practices. This is the repentance of Rabbi Elazar b. Durdaya. Yet, it is at once a day of moving elevation, a day in which our very same life, with its very same practices, is elevated in closeness to God.

Both paradigms are true, each applying to different elements of our lives. There are some elements in the life of a baal teshuvah from which he must detach himself, elements that are incompatible with a life attached to the Godly. By necessity, these need to be cut off, as the decree of death that is passed on the Goat of Azazel. Other elements, however, are elevated by the process of repentance, as the twin goat that survives, later to be brought as an offering to God. Rather than being cut off, they are brought into the realm of holiness and purity, raised to a mitzvah level that has legitimate place in a life of religious wholesomeness—a living offering to God.

The task of discerning which elements of our lives fit which paradigm of teshuva is a delicate one. Mistakes, made this way or the other—as we know from our own experience or from that of others—can be costly. But that is the task of repentance.

Yet the default position, wherever it can possibly apply, is made clear by the verse. God declares that He takes no pleasure in the death of the wicked, but wishes them “to turn from their wicked ways, and live” (Ez. 18:23). God urges us to choose life—on Yom Kippur perhaps more than on any other day of the year.