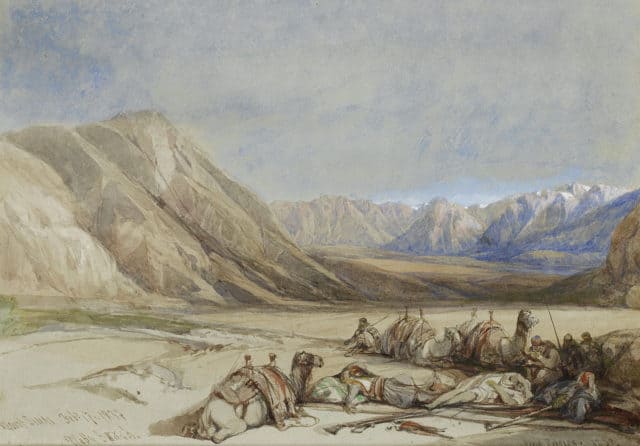 Rabbi Tzvi Sinensky’s essay on the meaning of elu ve-elu divrei Elokim hayyim raises nearly as many questions as answers. I wish to humbly suggest a response from the world of legal theory to this section of his article in particular:

A closer examination of the Torah-prophecy relationship, however, particularly in light of elu ve-elu divrei Elokim hayyim, demonstrates that the rabbis undercut precisely the very Torah-prophecy connection that they have labored to establish. For our brief examination of Yirmiyahu chapter twenty-three shines a harsh light on a glaring irony. As noted, Yirmiyahu invokes divrei Elokim hayyim in support of his claim that there is only a single truth, and that the other prophets are charlatans. This is precisely the opposite intention of elu ve-elu divrei Elokim hayyim, in which the rabbis make precisely the opposite point, namely that there are multiple legitimate interpretations of the Torah.

While seeming to clash, these two threads are not in conflict. They are, rather, two essential components of the same idea: the outer fence dividing that which is within Torah and that which is outside.

In his celebrated article Nomos and Narrative, the foreword to the Harvard Law Review issue reflecting on the 1982 Supreme Court term, Prof. Robert M. Cover, z”l, proposed a profound theory of law derived from Torah. “We inhabit a nomos — a normative universe,” he wrote. Indeed, as he noted, “Torah” was translated as “nomos” in the Septuagint. Cover explained:

We constantly create and maintain a world of right and wrong, of lawful and unlawful, of valid and void … No set of legal institutions or prescriptions exists apart from the narratives that locate it and give it meaning. For every constitution there is an epic, for each decalogue a scripture. Once understood in the context of the narratives that give it meaning, law becomes not merely a system of rules to be observed, but a world in which we live. In this normative world, law and narrative are inseparably related. Every prescription is insistent in its demand to be located in discourse — to be supplied with history and destiny, beginning and end, explanation and purpose.

Torah is the living tradition of the living God, and our lives are embedded in the sphere of that normative universe.

Our normative universe, however, is not anomalous. There are other narratives, of course, and these narratives constitute their own nomoi. The existence of alternative narratives requires us to recognize the boundary between what is within our nomos and what is foreign. Etymologically, nomos is a fence-word (Zaunwort), determining what is inside and what is outside. The fence is thus “constitutional,” in that it constitutes the nomos in contradistinction to what it is outside the nomos.

The concept of a living narrative is inherently dynamic. The novelty of each new day that passes must be inscribed, somehow, into the developing narrative. The coherence of a nomos thus demands constant maintenance, Cover wrote, requiring the “expulsion and exile of the potent flowers of normative meaning.”

Whether done consciously or unconsciously, intentionally or unintentionally, this exercise of maintaining a normative universe by expelling unwanted narratives is ever-present. Consider how much of halakhic discourse has been motivated by the desire to differentiate our rabbinical tradition from Babylonia, Greece, Rome, Christianity, Islam, and now Reform Judaism.

Cover very nearly connected these ideas to elu ve-elu divrei Elokim hayyim. According to his own exposition of the line, Sinaitic Revelation legitimated “radically diffuse” authoritative interpretations of Torah obligations, “but one could not have a worldview which denied the obligations” entirely. In other words, these and those diffuse interpretations are included among the words of the living God, but to deny the obligatory nature of obligations imposed by God is to deny that God is living – a manifestly heretical claim contrary to the words of the living God.

This same concept has a parallel in what might seem an unlikely source: Nazi legal theorist Carl Schmitt. Schmitt was far too diseased with antisemitism to have engaged rationally with Jewish legal thought. In fact, antisemitism dominates Schmittian theory, most especially the concept of the political.

But with that giant caveat, there remains something to be gleaned from Schmitt’s exposition of the concept of the political. The political is the distinction between a friend and an enemy of the people. “In a very concrete sense,” William Scheuerman explains, “the Volk is always ‘constituted’ first and foremost by defining itself in opposition to a ‘foe,’ by gaining a capacity for violent action against challenges to its collective identity.” For our purposes here, it suffices to translate Volk into the Hebrew am. Such a group, Schmitt said, “is therefore always the decisive human grouping, the political entity. If such an entity exists at all, it is always the decisive entity, and it is sovereign…” In a separate work on Hobbes’ Leviathan, Schmitt explored further how sovereignty, which “possesses divine character” but “is a product of human work and comes about because of a ‘covenant’ entered into by man.”

Setting aside the insidious motivations and implications behind these aspects of Schmittian thought, there remains something familiar here with respect to the Jewish view of covenant, particularly that of Sinai. These covenants of the whole people decided the political and thereby constituted the Jewish nation. In this regard, Rabbi Sinensky’s emphasis on Sinaitic Revelation in his search for understanding “divrei Elokim hayyim” is entirely unsurprising.

If there is one guiding pillar by which we distinguish between legitimate and illegitimate interpretations of the Torah, between the words of the living God and heresy, it is the integrity of a coherent narrative stretching back to Sinai. Every aspect of our nomos and every word of the living God relates back to Sinai. As Cover said, “All law was given at Sinai and therefore all law is related back to the ultimate heteronomous event” in which the Jewish people was chosen from among the nations.