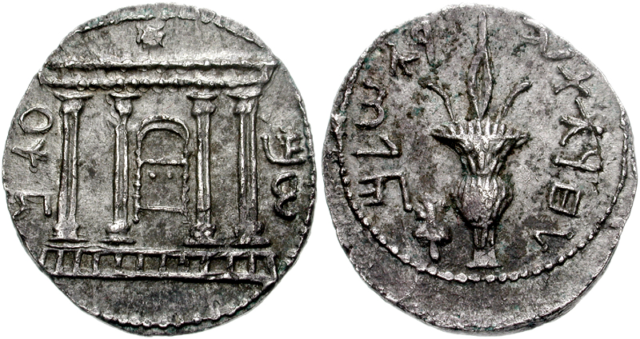 A close analysis of Talmudic and Halakhic literature dealing with economic issues can often yield insight into Talmudic theories of economics, a fascinating if underexplored field. Rabbi Dr. Aaron Levine was a trailblazer in this realm, and scholars such as Yisrael Aumann, Guido Calabresi, Yuval Sinai, and Benjamin Shmueli have contributed as well.

The juxtaposition of Talmud and economics provides opportunities for each field to learn from and build upon the other in a variety of ways. Bava Kamma, dealing as it does with torts, may be the tractate most associated with economics in the Babylonian Talmud. This essay will examine two issues appearing in Bava Kamma that seem to pose a problem from the standpoint of economics and will draw upon developments in recent decades in the field of economics that may assist in solving these questions.

The Talmud has a principle that people do not generally wish to part with their land or possessions, and only do so upon some degree of financial coercion. The Gemara in Bava Kamma 89b and elsewhere (Ketubot 53a, A.Z. 72a) describes the concept of zuzei hu de-ansuha, that a person who sells their land presumably does so only due to “the coercion of money,” i.e. a particular need for cash. (This principle has ramifications in certain cases, including backtracking on a commitment to sell to one person and then selling to someone else for a higher price.) Absent this financial pressure, there would be no reason to sell one’s land, even if offered full price for it, as land is worth more than its cash value. This concept seems to imply that land or possessions are actually worth more than their face value; in other words, all possessions are underpriced.

But this principle seems to contradict the widely accepted economic principle of the efficiency of markets. In general, the presumption is that a price in a free market represents the true value of an item. If the item were worth more than its price, people would be willing to pay more for it, and if its owners were reasonable, they would only be willing to sell it for a higher price, so the price would rise to reach the item’s value; if the item were worth less than its price, reasonable people would not be willing to pay the stated price and the price would thus decrease. If so, how can the Talmud have this concept of zuzei hu de-ansuha without running afoul of a basic and demonstrated economic principle?

Exodus 22:4 rules that one who damages their fellow’s field must repay from the “choicest (meitav) of his field and vineyard.” The Talmud in Bava Kamma 6b-8b analyzes this verse, considering what precisely meitav, also known as iddit, may mean. It raises the possibility that if one damages a field of a certain size, one must pay the value as if that field were of the highest quality. Thus, if one damages an acre of a field of low quality, one would need to pay not the cost of a low-quality field (for argument’s sake, $100 per acre) but the cost of a choice field (let’s say, $200 per acre). But the Gemara rejects this option: akhal kehushah meshallem shemenah? – how could it be that one does $100 of damage but repays $200? Rather, the Gemara (6b) rules, the one who did the damage must pay an amount of money equivalent to the damage, but he must pay from high quality land (whether this quality is determined based on the tortfeasor or the victim is disputed by Rabbi Yishmael and Rabbi Akiva). In other words, if he damaged a low-quality, acre-sized field ($100), he now pays back that damage with a half-acre of higher quality field (with a value equaling half of $200, or $100).

The obvious question emerges: since both fields are worth the same amount of money, what is the special preference for having him pay with the smaller, higher quality field rather than the larger, lower quality field? The standard answer given for this question is based on Rashi (Gittin 48b and elsewhere):

A basic problem is posed to this approach from the perspective of economics, again building on the concept of efficient markets. If a $100 iddit field is worth more than a $100 zibborit field, why do they remain at the same price? Shouldn’t the iddit field’s greater value be reflected by a correction in the markets such that it is now worth more than $100? Shouldn’t the concept of market efficiency dictate that (at equilibrium) two fields costing $100 are equivalent to one other? If some $100 fields are worth more than others, why wouldn’t enterprising businessmen buy up all the iddit $100 fields and sell them for $105!?

It may be possible to resolve both of these problems on the basis of a revolution in the study of economics that took place over the past half-century. Amos Tversky and Daniel Kahneman, two Israeli psychologists and scions of rabbinic dynasties, earned the Nobel prize in Economics in 2002 (received by Kahneman; Tversky was deceased by that point) on the basis of their research in the 1970s on behavioral economics. Prior to their research, it was generally assumed that people always acted rationally; if something could be shown to prescriptively be the logical way to earn the most money, economics textbooks would present it descriptively as the way that people would function. Kahneman and Tversky, approaching the field of economics from their backgrounds in psychology, took a new perspective on these issues. They pointed to all sorts of irrationalities that are built in to the human psyche and raised the question of their significance for economics. For example, people are loss averse, which means that a person values not losing $5 more than they value earning $5, despite the fact that from an economic perspective these things are equivalent. Kahneman and Tversky suggested that economists should study closely all of the irrationalities of human behavior and incorporate them into economic models. If one is attempting to understand the real world, the models should be based not on fully rational actors but on human actors, with their peculiar mix of rationality and irrationality.

APPLICATION TO THE TALMUD

Against this backdrop, it might be possible to explain the problems posed by economics to the Talmudic passages noted above. Classical economics assumes an equivalence between the objective value of a field and the amount of money at which they will subjectively value it; a person should value a $50 field as much as they value $50 in cash and it should thus be a fair deal to sell one’s field. However, on a psychological level, on the plane of behavioral economics, there is a discrepancy between these scenarios. Given the psychological principle of loss aversion, people prefer not to give up their field or their object, even if they receive money that is fully equivalent. This is spelled out in the psychological literature as the endowment effect, which dictates that people place a higher value on a good they own than one they do not own.

A similar resolution can be offered to the problem that on an objective plane a field that is iddit is no more valuable than one that is zibborit at the same price. While this is true from the perspective of classical economics, one might argue that, behaviorally, people would generally prefer to have the higher quality item over a similarly priced item of lower quality. This is for the simple reason that people enjoy having something of higher quality, even if its objective value is equivalent. As some scholars put it, “the consumer’s sense of gain or loss is directly related to the usefulness of the goods in question”; it can thus be argued that the item that is subjectively valued at a higher level will generate the greatest loss aversion, regardless of its objective value. Based on this, when people give up land in payment, the loss aversion is much stronger regarding their higher quality assets than it is regarding their lower quality assets. Therefore, although giving up one’s iddit field or one’s zibborit field is an equal cost to the damager’s wallet, the cost to their psyche will be greater in the first case.

On this basis, it is possible to explain these Talmudic principles of zuzei hu de-ansuha and the preference for iddit over zibborit on the basis of behavioral economics. These preferences, though irrational, are very much at work in the real world, and the Torah takes into account lived reality for these purposes rather than theoretical value alone. Thus, when assessing why someone sold their field, it is likely due to duress rather than a view of the equivalence between cash and land. And in assessing what would be a more severe punishment for the tortfeasor, imposing the penalty that damager pay from iddit is indeed more powerful, but on a psychological basis rather than an objective financial one.

This case study has revealed that, by using the approach of behavioral economics, and appealing not to objective but to subjective value, it is possible to resolve both the question of zuzei hu de-ansuha and of meitav. There may be additional economic conundrums that can be resolved as well using similar methods, as the data of the economic behavior noted in the Talmud and the ever-developing field of economics continue to mutually inform one another.

The author would like to thank R. Chaim Packer, Davida Kollmar, Mindy Schwartz, and Dr. Jeffrey Mensch for their feedback to earlier drafts that improved the quality of this piece, even and especially where they disagreed.