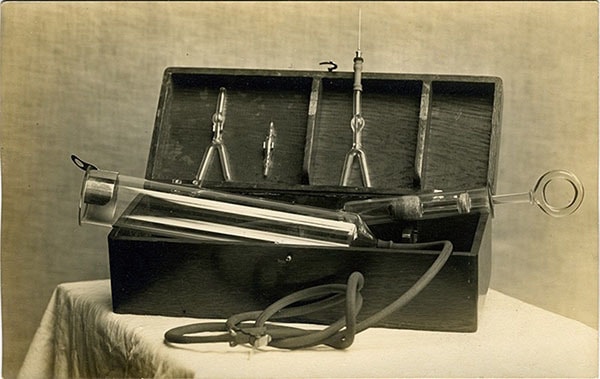 In a new book, Alternative Medicine in Halachah, Rabbi Rephoel Szmerla attempts to make the halakhic case for alternative medical treatments. It’s a heavy tome; 11 English-language chapters and about 400 pages of Hebrew appendixes.

Szmerla is a proponent of these alternative therapies. He’s been involved with so-called energy medicine for twenty years and is something of an evangelist for this cause. For this reason, his devotion to this project, perhaps, the author struggled to provide a cogent rationale for his arguments. He also represents a curious trend among the Orthodox Right to declaim modern science as wisdom as beyond the acceptable pale of traditional Jewish thinking. The sinuous logic often takes some unorthodox and untraditional turns. His new book, therefore, is emblematic of a trope that, in my view, is far too often overlooked; probably, I might add, because it derives from the religious right and not the left.

The failure centers on the author’s attempt to be the medical and halakhic expert. This was not a challenge for some of the twentieth century’s leading halakhic authorities. For example, Rabbi Moshe Feinstein frequently called on the scientific knowledge of his son-in-law Rabbi Moshe Tendler, who had received his Ph.D. in microbiology from Columbia University. In Israel, Rabbi Shlomo Zalman Auerbach relied on experts in biology and physics when addressing halakhic issues related to these fields.

But it is troubling in this more recent project. While he quotes extensively from myriad new age sources, Szmerla does not reference any non-alternative scientists or medical doctors. What is more, the book’s bibliography lists a mere 29 citations, none of which are science-based works. The result is a goodly number of botched scientific proofs and imprecise—or wrong—terminologies. One example is his equating data and evidence as being the same.

Sometimes, the scholarship just does not back up the claim. For instance, an “aura,” according to new age thought is an emanation that encloses a human body. However, the myth-buster Joe Nickell writes that tests to observe alleged aura emanations have repeatedly met with failure. Nonetheless, Szmerla writes that “it is worthwhile to note that there exists scientific data supporting the existence of the aura.”

It’s not just Szmerla’s understanding of science that is lacking, his disdain for the halakhic process and understanding of the nature of halakhic development are also quite troubling. His portrayal of the rabbis of the Talmud deserves specific mention. Szmerla portrays rabbis of the Talmud as gullible. He writes that “halachic determinations do not require the rigorous evidence of scientific double-blind studies.” This is plainly crass, ignoring the fruitful scholarship conducted by Rabbi Nahum Rabinovitch, among others. The rabbis of the Talmud certainly didn’t use a chi-squared test or regression and correlation analysis as we know it, they did operate with sophisticated levels of statistical analysis, the best of what was known to them in their time.

To boot, Szmerla’s proof for this criticism is rather simplistic. For example, he notes that “in the eyes of the Torah, any phenomenon that has been validated three times is considered authentic.” He is referring to the Talmud in Shabbat 61a that discusses when amulets are to be approved as medical devices. He takes a discussion limited to amulets and applies it to all medical therapies. In any system, be it legal, mathematical, or theological, one can’t take a limited item; and pro forma apply it globally.

Further, Szmerla’s methods are precarious from a practical halakhic perspective. He assumes to know exactly what the Talmud is discussing, and can precisely correlate it to a particular new age therapy. Contrast that with the notion that the Talmud states in Shabbat 35a: that we are not experts in identifying “medium-sized stars” to determine nightfall. If we can’t expertly identify the size of the stars in the sky, it’s hard to understand how he can know the specific new age therapy. Yet, Szmerla does exactly that. For example, the Talmud in Horayot 12a discusses the concept of a babuah di-babuah, a shadow of a shadow. Szmerla writes that this description is identical to the description of the “aura” given by energy healing practitioners, a therapy he therefore allows.

He also ignores notions of rabbinic consensus and debate. In the foreword, Rabbi Shmuel Meir Katz of Lakewood writes that a “hallmark of a genuine moreh hora’ah is the intellectual honesty to examine an issue from various standpoints and the capability to honestly evaluate dissenting opinions.” Yet, one of the most egregious problems with Szmerla’s approach is that he does not significantly reference those dissenting opinions. He writes that there is scientific data to support his findings, but much of his data is based on vibrational medicine, to which a 2008 study by noted researcher Edzard Ernst found that the evidence is not fully convincing for most complementary and alternative medicine modalities.

Finally, he writes “the efficacy of homeopathy has been well-established.” That simply is not true. No large-scale study has found homeopathy any more effective than a placebo. Yet that assertion is what allows him to permit ineffectual therapies, as he believes that any phenomenon that has been validated three times is considered authentic. With enough of a sample size, it’s easy to get three cases of anything. Science would call that the placebo effect. Szmerla would call that authentic.

An Orthodox Counterculture
Looked at more broadly, this book reflects disturbing trends in subculture elements of right wing Orthodoxy to disdain modern science and certain medical developments and to engage new age therapies. One of the more disturbing examples is the rejection of vaccinations. While Rabbi Szmerla doesn’t mention vaccinations in this book, he is on record as aligning with this resistance group, a point noted not too long ago by Rabbi Natan Slifkin.

Why the opposition? For Szmerla, modern science is not God-focused. He contrasts the opinions of atheistic scientists with those of the creators of alternative therapies, who he feels realize that their healing powers originate from the Divine. Both characterizations are overly generalized, and his simplistic observation does nothing to support his claims. The author does not explain why alternative therapies, which may have their ancient roots in Krishna or Vishnu, may be more acceptable or effective than those from non-believing scientists and doctors such as Linus Pauling or François Jacob.

What Hath the New Age Movement Done to Us?

The New Age movement, with its acceptance of occult practices, pantheism, and a “spirituality without borders or confining dogmas that is inclusive and pluralistic” is anathema to halakhah. Rabbi Szmerla’s book, I fear, reflects a trend within some parts the Orthodox Right to eschew modern science and contemporary medicine.

This comes at a significant cost. The author’s weltanschauung leads him to be a promulgator of bad science while misrepresenting hazal. The danger with Alternative Medicine in Halachah is that the author oversimplifies both halakhah and the often-complex fields of science and medicine. This leads to his acquiescence to therapies that other major poskim outright forbid. Perhaps more disturbing than the poor scholarship in this book, is the underlying trend it illustrates.