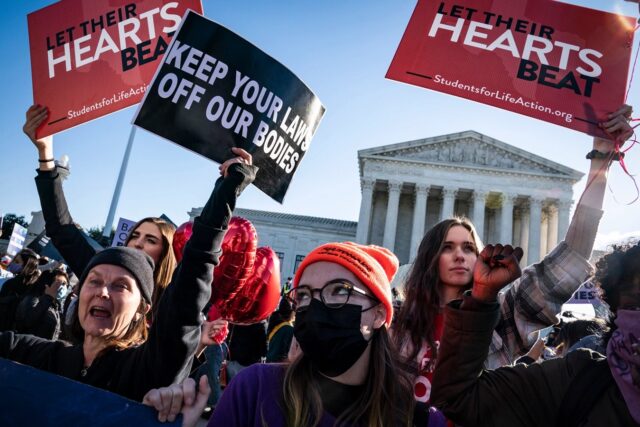 Thank you to my esteemed friend Dr. Alan Jotkowitz for his letter and to Zachary Millunchick for his thoughtful response to my essay.

Initially, I want to focus on Dr. Jotkowitz’s second observation (his first and third are not in contest), which is extremely relevant to the matter at hand. Dr. Jotkowitz writes:

This view is mistaken. Dr. Jotkowitz is correct about Rabbi Feinstein’s view of the Halakhah, but I think Rabbi Feinstein would have a different view about secular law. Abortion is typically non-capital murder in Halakhah according to Rabbi Feinstein, yet it seems to me that Rabbi Feinstein is not prepared to accept governmental regulation in these matters. As he says directly in Iggerot Moshe, Hashkafah 4 (in volume 9), “It is impossible under any circumstances for even a great Jewish law scholar to force one to deal with the matter of his body and life.” He continues, “No state or government can say that a person must accept their view.” And then he observes, “Since our country, the United States of America, does not want, God forbid, to force anyone to violate the laws of the Torah, they must enact a special clause on the law that they pass such that the patient himself and his relatives will not be forced to do anything that [their secular] law would require if they do not want to, since this touches upon one’s body and life.”

So to me the question is, “Does Rabbi Feinstein support an American law that makes it illegal to follow a view of Halakhah he thinks is wrong?” I think that Rabbi Feinstein does not want secular interference in a personal halakhic matter, since he recognizes every person’s right to pick their posek. This is true even if Rabbi Feinstein is convinced that the Tzitz Eliezer is completely wrong as a matter of Jewish law. Abortion is not the same as murdering one’s neighbor, exactly because the matter is in halakhic dispute and Rabbi Feinstein does not want secular law used to resolve a Jewish law dispute, even when it resolves such in his favor. Questions about end-of-life are also matters of non-capital murder and yet Rabbi Feinstein favors secular law accommodation of competing views – including views that he considers murder. I think the same is true for abortion.

Nor am I the first to observe this distinction in considering the view of R. Feinstein. In an 1989 interview with the Jewish Review, when asked whether it is better if we as Jews strive to have American law coincide with Halakhah on matters such as abortion, R. Moshe Tendler (R. Feinstein’s son-in-law) replied as follows:

Rabbi Tendler: As you most likely know, the Lubavitcher Rebbe took an approach based on the idea that the seven Noahidic laws are so universal and so categorically imperative on every human being that we, as Jews, have a mitzvah to, so to speak, “push” them and hence, to foster a legal system that would, for example, prevent a Gentile from committing an abortion (italics mine). My father-in-law, the late Rabbi Moshe Feinstein, felt very strongly that allowing government to legislate in any area of morals and ethics gives them a toe-hold in religion, and if you let them in a little bit, the government will begin to expand its role in this area and start legislating what is proper to teach and what is proper to do in a religious context.

It is reasonable to infer from Rabbi Tendler’s statement that Rabbi Feinstein does not want secular abortion law to mimic Halakhah but instead favors more freedom, in contrast to Rabbi Schneerson. It is the use of secular law to resolve halakhic disputes that is the issue here, and not the underlying Jewish law.

I disagree. There is a constitutional right to worship avodah zarah found in the first Amendment. Surely Rabbi Feinstein greatly preferred individual religious freedom under the First Amendment to a legal system mandating a non-idolatrous form of Christianity for all. Rabbi Feinstein’s deep religious opposition to avodah zarah is not undermined by a deep political support of the right for all to worship freely, even idol worshipers. The analogy is clear for all to see.

Thank you as well to Zachary Millunchick for his thoughtful response, which essentially includes three ideas: first, Shakh’s permissive ruling should not practically be followed; second, there is distinction between the religious freedom to do what Jewish law requires and what Jewish law permits to us; and third, Jewish law prohibits abortions for Noahides after 40 days of pregnancy. Based on these three ideas, he contends we should support restricting abortions to before 40 days of pregnancy in America.

I think he is wrong on two of these three matters and incomplete in the third.

Concerning his first point, I show in this article (available at https://www.lif.ac.il/obligation-jews-seek-observance-noachide-laws-gentiles-theoretical-review/) that most aharonim follow the combined view of Shakh and Noda be-Yehudah, who aver that there is no prohibition to assist a knowing Jewish or non-Jewish sinner. While I am aware of Rabbi Rabinovitch ztz”l’s stature, his view has not tipped the scales in favor of being strict against Shakh, either numerically or analytically – a newly discovered Rabbenu Hananel notwithstanding. As Rabbi David Hertzberg and I noted in an article entitled “Enabling a Jew to Sin: The Parameters,” Journal of Halakhah and Contemporary Society 19 (1990): 5–36, I think this is the halakhic consensus. I agree with Mr. Millunchick that “the aharonim almost universally agreed” with the Shakh and think they still do.

As a matter of First Amendment jurisprudence, secular law need not allow everything Jewish law permits. But, as we formulate a public policy, we should advocate for policies that give us the discretion to act as our faith permits. Rabbi Yona Reiss expresses this idea well. He notes:

I think that our main concern as Jews must be that we be able to practice our religion freely. There is no right to abortion in Jewish law, but there are cases, such as when a mother’s life is in danger, when an abortion is unfortunately necessary, and there are other cases, depending upon the stage of pregnancy and the medical or psychological issue in question, when a rabbinic authority might rule that an abortion is permissible. We would want to maintain our religious liberty to implement any such lenient rulings when applicable, and of course to adopt a stringent stand against abortion in cases when it is prohibited according to Jewish law, such as by declining to participate in a procedure that we believe is forbidden. I also believe that it is desirable from our perspective for non-Jews to take seriously the prohibition against abortion that exists for them as well according to Torah law, but that is true regardless of the Supreme Court decision. (quoted in https://www.jewishpress.com/indepth/front-page/orthodox-jews-react-to-overturning-of-roe-v-wade/2022/06/30/)

Mr. Millunchick then endorses a narrow read of the Noahide code and avers that we should prohibit all abortions as a matter of secular law that are prohibited to Noahides, which he thinks is forty days from conception. To reach this view, he has to ignore two views. First, many halakhic decisors – including both Rabbi Aharon Lichtenstein and Rabbi Ovadia Yosef, to name just a few of many – do not think abortion is murder for Noahides until much later than forty days in the pregnancy, even according to Maimonides. Second, he must determine that the religious freedom issue – the right of halakhic Jews to follow the view of Tzitz Eliezer to have abortions for reasons other than danger to the life of the mother – is not important. Neither of these conclusions is persuasive to me.

Allow me to summarize my criticism of this approach: Twice it proposes adopting halakhic views that are far from obviously correct and it completely discounts the policy claim that we ought to support a law that allows women to have abortions when their poskim permit.

These letters also provide an important opportunity to reflect on what risks lie before us in this arena. One letter asserts that “all the relevant [abortion] laws make exceptions for cases of danger to the mother’s life – the only case of a halakhic obligation to abort a fetus” (italics mine), as if that is enough. Two policy ideas cause me to reject this view. First, American abortion law is a moving target within a highly dynamic political environment. While exceptions to literally save a mother’s life are present right now, they are sharply contested and limited. We can’t predict confidently what abortion law will be in each of the fifty states in five years.

Second, and more importantly, there is a tradeoff here. Many prominent poskim (see my original article in note 16) believe that it is permissible to perform abortions in cases of serious psychological trauma for the mother, yet far short of danger to her life. To place this, at most, in the category of that which is “permissible” (reshut) (like the choice of a flavor of ice cream?) and assert that nobody “seriously thinks that the law must allow everything Jewish law… merely permits” trivializes this issue. I think that the serious psychological health of Jewish women is more important to Jewish law than encouraging stricter observance of Noahide law. Thus, I favor secular laws permitting Jewish women to choose to protect their health even if it increases improper abortions. Let others disagree.

Let me conclude this wonderful exchange by repeating my original proposal. If I were asked to propose an abortion law for America that is consistent with Jewish values, I would propose one that allows people to have abortions in the first two trimesters after a mandatory consultation with their own chosen religious, ethical, or moral authorities and, after that, only in situations of significant medical need.

Thank you to both letter writers for their thoughtful comments. I welcome other comments from readers. I can be reached at mbroyde@emory.edu.

A Time to Mourn: Aveilut as Minor Holiday