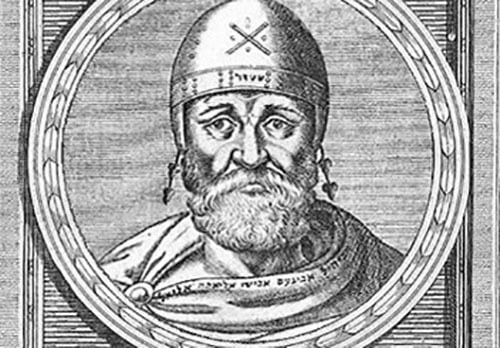 I met Professor Louis Feldman on my first day as a College freshman at Yeshiva University in my very first college class, Latin 01. That was 61 years ago. I decided to register for the Latin class in order to demonstrate to my more secular mother that, although I had given up a Harvard scholarship in favor of YU, I still planned to become a lawyer and not an Orthodox rabbi (which was her great fear ever since I had become religious). After all, Latin was the language of Roman law, the progenitor of our modern legal system.

I had also checked out Prof. Feldman’s academic credentials, and was excited to find that he had been graduated from Trinity Phi Beta Kappa and valedictorian, had been awarded a Ford Foundation scholarship to Harvard, and had received his PhD from there at the age of 24; he was also the editor of the prestigious Classical World. I was convinced that he could successfully compete against any faculty member at Harvard, and that my mother would be duly impressed.

But even so, I got from Prof. Feldman much more than I had bargained for. Yes, he was slight in stature, barely my own height, not that he would have easily been mistaken for one of the students; but when, in our very first encounter, he explained with a fiery gleam in his eyes that the very foundation of Western Civilization lies in the Judeo-Christian Greco-Roman Cultures, and that without understanding these literatures you cannot understand the world in which you are living, he won my heart as well as my mind.

Indeed, I very soon decided to major in Prof. Feldman’s courses: Greek, Latin and Intellectual History. And since our Greek class consisted of three students—with one of the “students” being Prof. David Fleisher, the head of the English department at Yeshiva, who faithfully audited the class—I really majored in Prof. Feldman. And he became much more than my rebbe in secular studies. Since he was a punctiliously devout Jew, studied Talmud every day, and was truly one of the leading scholars in the writings of Josephus—the great Jewish historian of the Second Commonwealth, a critical period for the ascendancy of the Oral Law—he also became my rebbe for the interface between Athens and Jerusalem in a most profound way.

He described himself as a slave-driver, but we accepted his very high standards with love—since we knew that he drove himself with even more intensity than he drove us. He would gladly answer a question in Greek Philosophy or review a difficult passage of a Latin or Greek text any time of day or night, and we appreciated the fact that for Prof. Feldman (no less than for Rabbi Joseph B. Soloveitchik) proper understanding in the search for existential truth was an act of divine service!

And indeed, we became inspired by the Professor’s genuine love for each of his students and his sincere devotion to teaching us. That—and his characteristic laugh (heh-heh-heh) and good-natured sense of humor—spurred us on to meet his very exacting demands. Case in point : one day in the Greek class I was the only student. I began speaking to the professor informally at his desk, but he soon directed me to a seat, insisting that the the “class” begin on time. We were then reading Plato’s dialogues in the original Greek, the Phaedo as it happened to be. He looked over the basically empty class-room as though it was filled with students, and then said: “Riskin, why don’t you begin to read.” I read and interpreted a few lines, accepted his corrections and emendations, and then the professor, after silently perusing the empty room once again, declared, “Why don’t you continue now, you, Riskin,” I continued to read and interpret. After about twenty minutes, the professor turned his attention to the empty part of the room, and asked, “Any questions?” Since no one responded, he again turned to the largely empty room, and again said, “this time you continue to read, you, Riskin.”

I was barely able to suppress my inner laughter. Not wishing to be rude, I left the room presumably to go to the men’s room. I returned fairly quickly, but by this time it was almost the end of the period. The Professor looked up at me , his eyes twinkling: “In your absence, Riskin, the class read the next two hundred lines. You will be tested on them tomorrow.” And I was … and I learned, in addition to the Phaedo, that for Prof. Feldman each student was a class unto himself.

In the following year, my sophomore year at Yeshiva, I entered Rabbi Soloveitchik’s Talmud class, and for the rest of my University stay, the Rav and the Professor were my beloved and revered intellectual guides. Rabbi Soloveitchik made me realize that I would never be fulfilled as a lawyer, that I must enter the rabbinate and dedicate my life to studying and teaching Torah. But I became plagued by my promise to my mother that I would be a lawyer, not an Orthodox rabbi. Professor Feldman always placed his personal telephone number on the blackboard the first class of each semester, inviting us to call him at anytime, day or night. Finding it impossible to sleep or concentrate on study, I called the Professor at 10:30 p.m. to request an appointment for the following day. “You sound upset,” he responded. “Why not come over right now.”

The Professor lived in an apartment in the Bronx, about 30 minutes from my Washington Heights dormitory. When I arrived after 11 p.m., coffee and cake awaited me. I quickly explained my dilemma concerning my promise to my mother, and received the best advice I ever received before or after: “One of the most important decisions you will ever make is the profession you enter. Since you will spend a great part of your life preparing for it and working within it, that decision is a crucial and existential one, a decision which can only be made by you and not by anyone else for you. Moreover, if your vocation and avocation will be one and the same, you will live a blessed life, and if you are truly happy in your profession, chances are that you will succeed. Then your mother will be happy, as well”

And so it has been, until this very day.