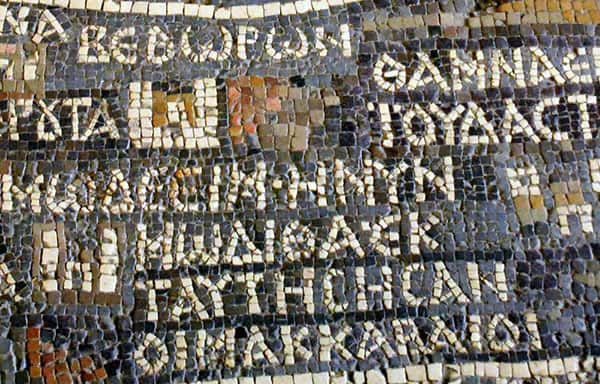 In December 1907, on the eve of Hanukkah, 18 students of the Herzliya Hebrew Gymnasium departed … from Jaffa toward Modi’im. …
In the late afternoon, just before sunset, we reached Modi’im, where we met an Arab shepherd. We asked him, “Where are the tombs of the Maccabees?” He answered with a question: “Are you looking for the tombs of the Jews?” We responded in the affirmative. He directed us to a group of tombs carved from the stone, with covers atop them, and told us that this is the place we were seeking. We became very excited. We lit the first Hanukkah candle at the site and danced there. It started getting dark quickly, so we turned back …

— From the oral history of Zerubavel Haviv, cited by Dr. Muli Brog

The Zionist movement, in its secularist forms, produced a number of practices and rituals that, on the one hand, are unquestionably bound to Jewish tradition, and, on the other hand, openly rebel against that very tradition. The holiday of Hanukkah provides numerous examples of this phenomenon, as those who advocated for a new type of Jew—muscular, soil-bound, independent—viewed the Maccabees (minus their religious fervor) as a powerful historical precedent and symbol. A glance at the number of sports teams and athletic competitions named for the Maccabees drives the point home easily. The transformation of Hanukkah into a nationalist celebration of military prowess was not subtle in the least, though it is often glossed over nowadays.[1] Note, for example, how the last line of the original Yiddish version of the song “Oy, Khanike”—“Say ‘Al Ha-nisim,’ praise God for the miracles, and we will all dance together in a circle”—becomes, in its Hebrew rendering, “For the miracles and wonders that the Maccabees wrought.” And if that were not enough, the Hebrew version adds a second stanza, all about Jewish victory and return to Jerusalem, with no mention of God.[2] Another song paraphrases the verse “Who can utter the mighty acts of the Lord?” (Psalms 106:2) with, “Who can utter the mighty acts of Israel?” Not subtle at all.

It is in this context that the new movement created its own pilgrimage sites to compete with traditional sites like Mt. Meron, Rachel’s Tomb, the Cave of the Patriarchs, and the Tomb of Samuel the Prophet. The site (mis)identified[3] as the “Tombs of the Maccabees,” became, along with Masada, one of the foremost shrines of the new movement, and it is in this context that the annual Hanukkah pilgrimage[4] to the graves identified by an Arab shepherd one winter evening in 1907 developed.

In §349 ofResponsa Si’ah Yitzhak, Rabbi Yitzhak Weiss, who perished in the Holocaust in 1942, records various Hanukkah customs from different communities. After describing a custom from Salonika and another that originated among Sephardic Kabbalists, he adds the following:

In the land of Israel, they travel to the village of Modi’im, for there is the resting place of the righteous priests who fell in the war waged against the wicked Antiochus. This village is inhabited only by Arabs, and the Arabs have a tradition that when this place is inhabited by Jews, the redemption will come.[5]

In the writing of this Hungarian Hasidic rabbi in interwar Czechoslovakia, who was not a Zionist, though he was very much enamored of the land of Israel, the ritual pilgrimage to a shrine that had been invented barely a generation earlier within an avowedly anti-traditional matrix had itself been absorbed into the discourse of halakhah and equated with mystical practices and timeless traditions.

Perhaps this cycle of ideological appropriation and repurposing of symbols can itself tell us something about Hanukkah. Perhaps the latkes or sufganiyot can still taste as good even if we know how, and how recently, they became traditions. The accreted rituals of the holiday are more than the detritus of obsolete ideologies and failed metanarratives. They remain solid and will continue, in one form or another, long after whatever produced them has melted into air. The holy can be profaned, but the profane can be resacralized.[6] As R. Nahman of Breslov (Sihot §40) explained regarding yet another much-maligned Hanukkah custom:

For in truth, the entire universe is a spinning top, a dreidl. Everything moves in a circle … All things in the world are part of this circular motion, reborn and transformed into one another.

[1] Likely because Hanukkah is experienced so differently by so many Jewish groups that it has become something of an ideological Rorschach test. I contend that it is possible to celebrate a different “Hanukkah” on each of the eight days. Perhaps the Talmudic Sages were on to something when they introduced their discussion of this holiday with the words “My (Mai) Hanukkah.”

[2] The English version, it should be noted, remains decidedly ideologically neutral. We are simply reminded of “days long ago.” It’s quite a trick to rhyme night, light, and bright without even noting that there was a fight.

[3] The Book of the Maccabees and Josephus describe the tombs as monumental structures. The site is mentioned by Eusebius in the 4th century, on the 6th century Medaba Map, and in the travelogues of Crusader-era Christian pilgrims. However, despite numerous attempts over the course of 150 years, the tombs have not yet been definitively identified. It has, however, been conclusively demonstrated that the “Tombs of the Maccabees” are not the tombs of the Maccabees.

[4] One of our editors, Shlomo Zuckier, will have us know that Hanukkah is not a “hag” and not a pilgrimage festival. Of course, neither is Rosh Hashana, but try telling that to the thousands who travel to Uman.

[5] I thank Rabbi Daniel Yolkut for bringing this source to my attention.

[6] Contra Karl Marx’s Communist Manifesto (“All that is solid melts into air, all that is holy is profaned…”).