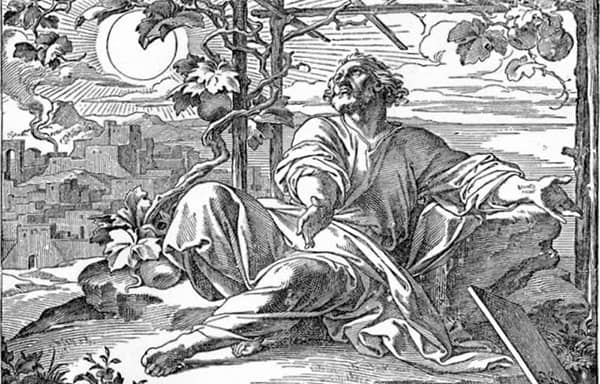 The primary connection between the book of Jonah that we read on the afternoon of Yom Kippur and the holiday that comes next, Sukkot, is the “sukkah”( Jonah 4:5) that the prophet builds for himself. This serves as a reminder that we need to start building our own sukkot once the fast ends. However, there is another connection between Jonah and the Sukkot holiday: happiness. The Torah requires us to be happy on the hagim; and as Rabbi Jonathan Sacks points out, Parshat Re’eh contains more concentrated mentions of “same’ah” and “simha” than anywhere else in the Torah (Deut. 12: 7, 12, 18; 14:26; 16:11,14 15). Of the 12 times “same’ah” is used in the Torah, seven are in Re’eh, the portion about the holidays, read on the second day of each of the pilgrimage festivals. What is the essence of the joy prescribed for the holidays? Communal joy, experienced as a group. True joy, these verses teach, is that which is not personal but shared by all as the command to include “son, daughter, manservant, maidservant and Levite within your gates” (Deut. 12:18, 16:11) in the rejoicing makes us aware.

Yet Jonah’s happiness is completely different from that in Re’eh. In the verse after he builds himself a sukkah as he waits to see what will happen with the city and the forty day warning he has proclaimed about its destruction, we read that Jonah is, of all things, happy. Sitting alone with the shade of the kikayon plant “Jonah is happy about the plant, a great happiness” (Jonah 4:6).

For readers used to associating happiness with festivals and communal times and even making others happy, the thought of Jonah sitting alone with his happiness is quite odd. Yet having Jonah experience his own happiness seems to be another link to Sukkot, the time when we are told to be “akh same’ah” “completely happy” (Deut. 16:15). Kohelet which is read on Shabbat Hol Ha’moed Sukkot mentions happiness no fewer than 16 times.

Of course, Jonah’s happiness, like many of his other behaviors, is something we may best learn from as a way not to live. Jonah is not happy when doing something for others, but rather when focused on himself and his own comfort. God is genuinely surprised that Jonah is unable to have empathy for the animals and residents of Nineveh, unable to comprehend Jonah’s lack of concern for anything beyond the reach of his own needs. It is a bit odd to think of this prophet as happy; after all, he spends most of the book either in the depths of a ship, sea or fish and then on reluctant mission to a city of an alien empire. He takes no joy in anything he does and he never connects with those around him. Beginning with fleeing from God, Jonah avoids connecting to anyone.

One might think that he would apologize to the sailors on the ship for causing them difficulties or try to compensate them for their efforts on his behalf in some way. He does not. Though the sailors try valiantly to assist and connect with him, waking him from his anesthetic slumber, Jonah shows no awareness of their needs and what the storm is putting them through. When he does deliver his message in Nineveh, a city that is a three day walk across (Jonah 3:3), he applies minimal effort, walking only one day, not even halfway into the city, and uttering five words in Hebrew “Forty more days, Nineveh overturned!” (Jonah 3: 4). He doesn’t stay to see what happens, or meet with the king to console him for his fate, but departs.

Sukkot is a time of year when we open our booths and try to invite guests in, from the ushpizin to human guests. This entails a great deal of work and preparation, shopping and cooking. In many of our households the burden of all this is on the females, and it can be overwhelming, with many meals to plan. And yet, in order to be happy, unlike Jonah, we need to connect with others and invite them in. Beyond reaching out to those in our own community, Sukkot is likely Judaism’s most universalistic holiday—we are to offer 70 sacrifices for the 70 nations of the world and are told of a vision of the end of days in Zekhariah, the chosen Haftarah for the first day of Sukkot that “all the families of the earth” (Zekhariah 14:17) shall “celebrate the holiday of Sukkot” (14:16).

Though there is labor involved in Sukkot preparations, I have learned from Jonah’s example that I prefer the happiness of connecting with others on holidays to sitting under my kikayon. Since this plant appears nowhere else in Tanakh, no one is entirely sure what it is. One suggestion is a castor bean plant which is possibly toxic. Jack Sasson in his Anchor Bible Commentary on Jonah writes that Aquila and Theodotion, early Greek translations, saw kika-yon as being a play on Jonah’s name, Yonah. This suggestion, that Jonah is happy only in the projection of his own shade with the “kika” possibly being connected to the verb “k-ih” to vomit out, as the fish did to him in Jonah 2:11, makes sense for an isolated Jonah. Jonah is never able to extrapolate his own experiences of salvation and redemption to empathize with others and be concerned about their plight, at least in what we are told of him in these four chapters.

The example Jonah provides of solo happiness is one that is taken away easily—as soon as the kikayon withers, Jonah wishes to die once again. A sense of joy as being rooted in connections to others and the empathy generated from those connections provides us a wonderful transition from Yom Kippur to Sukkot.

Psalm 121: Of Pilgrims, Perils, and a Personal God 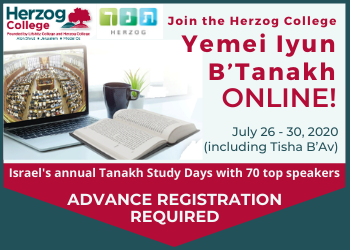 Psalm 121: Of Pilgrims, Perils, and a Personal God