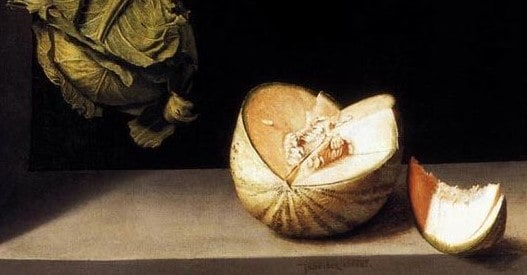 Humor me as I begin with a question: Off the cuff, what’s your educated guess as to how many weekly Torah portions contain mentions of food? I’m looking for a concrete number here, no vague burblings in the vein of “quite a few” or “most.” Do you have your number? Good. Hold that thought, we’ll come back to it.

Of all the brilliant ideas generated by the rabbis, Jewish authors and publishers alike ought to be most grateful for the notion of dividing the Torah into portions. New books organized by parasha come to print constantly; and yet (as with haggadahs) people continue to buy and buy in this genre—and, even more importantly, to read, a few pages at a time until they have completed the entire thing. I know that when seeking enlightenment on the week’s Torah reading, I have my 5-10 “go to” books on the shelf. I pull them down into a messy pile and presto, a wealth of different ideas appear at my fingertips.

Parashah books either emerge from the pen of one author or have some thematic connection binding essays by various writers. Recent years have seen interesting departures from more classic formats, for example into volumes of poetry on the parashah (such as that of Yaakov Azriel) and also a few cookbooks, bearing names such as Eating the Bible, Melting Pot, and A Taste of Torah. In these, the connection between the parashah and the recipes ranges from the convincing (lentil soup for Toldot) to amusing and downright tenuous (Babel Vegetable Towers?).

Diana Lipton’s book From Forbidden Fruit to Milk and Honey: A Commentary on Food in the Torah is not a cookbook, however. It contains no recipes or mouth-watering photographs of prepared dishes (though the original format, at Leket Project Online, does indeed bring a recipe alongside each essay, and those may still be accessed).

What it does do is to delve into the references to food and drink in each parasha, analyzing the role played by these and using them as a springboard for an interesting discussion. The contributors hail from various walks of life, including writers, rabbis, educators, scholars, and more.

Diana Lipton not only collected these essays but also added her own insights to each essay, and authored one herself. Though certainly an academic, with a doctoral thesis on dreams in the book of Genesis, and a career at Cambridge and King’s College London prior to her aliyah, what is most compelling is that for Lipton the book was born out of deep fascination. Food has shaped different periods in her life, as she became a vegetarian in the footsteps of her first husband and then returned to preparing animal-based dishes for her second husband, for whom meat eating is, she testifies, “something akin to a religious obligation.” The laws of kashrut, the role of food in the land of Israel, the need for foods that can survive the heating time-lags of Shabbat—all of these gradually pushed the intersection between food and religion into the center of her life, capturing her interest and imagination and driving her to seek further insight into this area.

It is this passion and attention that feeds (pun intended) and fuels this volume. Each week, as you are about to open the book, you know you are about to engage not only with the Torah but with the dimension of life we call eating. This is a significant dimension, demanding hefty amounts of our time, energy, and resources; and yet how much time do we spend actually thinking about it reflectively; through a spiritual, philosophical, anthropological, historical, psychological, or ethical lens? Certainly not enough; and this, despite the fact that a number of Jewish rituals around food are precisely intended to create reflection, most notably the blessings and the laws of kashrut.

This mindfulness that the book brings to my life is what I most appreciate about From Forbidden Fruit to Milk and Honey. I also enjoy the thrill of curiosity, in the moment before opening any essay, that frames itself as the question: “Now what food are they going to focus on in this week’s parasha?” One’s knee-jerk assumption is that food only appears in some, or at best many, of the parshiot—go back to the number you came up with earlier, I imagine most of you did not pass the forty mark.

But interesting food angles are found on almost every single weekly Torah portion, and there is only very occasional recourse to the haftarah. It certainly helps that the offerings in the Temple were edible. There are many surprises and the very specificity of the topic helps give the collection a fresh-baked (rather than stale-toast) feel.

I liked the fact that, the heavy-hitting credentials of the authors notwithstanding, the book is not afraid to adopt a delightfully playful tone at times. In the preface Lipton introduces herself as our “waitress” and brings her biography to explain the origins of the book, and in Hukkat she ends with A.A. Milne’s poem “What’s the Matter with Mary Jane?” Al Baumgarten consults with Rashi on grape growing in his piece on VaYehi, and Stefan Reif wonders in his essay on Vayeshev whether the Israelites of Jeremiah’s day, by speaking of “their fill of bread” were referring to a tuna sandwich?!

I did find the formatting of the book confusing. After the main essay, framed in grey shading, we have Lipton’s comments on several different verses and topics, and they are insufficiently differentiated from each other for my taste. Numbering, would have helped here, or a different kind of indentation. Moreover, the mix of somewhat unrelated ideas (except inasmuch as they connect to food) brought together in each essay gives a somewhat fragmented feeling.

I’ll end with an apt quote from Joel Hecker, in his essay on Beha’alotekha: “While it is commonly thought that our experience of taste begins at the tongue’s taste buds, what the premodern approaches demonstrate is that our most powerful organ of taste resides in the mind.”

This book, in bringing our mind to bear on the topic of food, hones it to taste the Torah as sweeter, richer, and even more filling.

Finding Meaning in Determinism: How Jewish Thinkers Reconcile the Contradiction between...