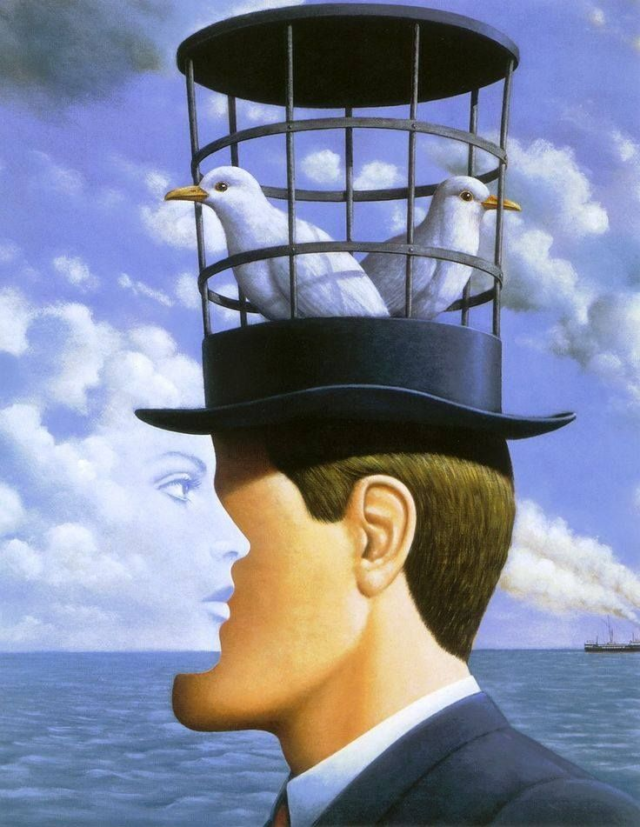 The poet sips her water; carries on.
Of course, in my work, God is always a metaphor.

A student interrupts.
For what?

A metaphor for what?

The poet leans forward
as if to spit.
For God. What else?

The student does not know. The poet carries on.

I am an anatomy of false gods and if you ask how anyone can be so stupid, I will ask back—what worship isn’t the worship of what can be made from dust and from flames, from muscling thoughts and long pleas? I will tell you every conception of god is a false god made in the image of god. Which is to say every conception of god is a conception of self. And every self the mirage of a god posing as a false god and so—you do the math. I am tired of this logic and its aesthetic. Please god, let me be rid of you.

The student explains to his cat that what makes a poem good is its necessity.

It must rid silence of what needs to be said.

The student explains to his poem that it is saying too much.

What makes a poem good is how closely it mouths what cannot be said.

The student explains to the poet that he could not complete the assignment.

I’m not any good.

The poet had asked the students
to write a prayer.

The poet had asked the students to name the prayer
after themselves.

Shakespeare never read Hamlet either, until he wrote it.

Is that a metaphor?

A metaphor for God?

Monday, your poem on my desk.

I want to touch the damp earth and become of it. I want to weep an indecipherable language. I want with precise kisses for you to taste this language and speak of it. I want to bind our longing into sheaves and call it prayer and call it poetry and call god to give testimony on our behalves and together half listen.

On Tuesday the student leaves his poem on the poet’s desk.
The poem is a blank sheet of paper; blank, that is, except for the title:
Go Figure

I liked your poem.

Did you get it?

But did you get it?

I don’t think you understand how poetry works.

You didn’t get it?

I need to fail you. I said Monday.

But you liked it?

Yes. It’s a terrible poem. But I liked it.

The poet shows Stu the student’s poem.
He laughs and likes it.
The poet asks him if he gets it.
He doesn’t think there’s anything to get.
The poet folds the page and puts it away.

Don’t let him get away with that,
he’ll start thinking everything’s profound.

Does it matter? I don’t know his name.

His name is his work.

Did you mean to leave us your delicate peels, spiraled figures
on a tile floor, a film of sweet flesh barely left by the knife
to line each curl? Traces rich with what they are not; the fruit
grows in the air. Did you mean to leave us your likeness in yearning?
Prints of it line the kitchen drawers, lie tucked below uneven table legs,
wrap like fat around thighs around and around and around. I have a name for you
my mouth does not know. It is like four fingers resting on the down of an arm
they do not touch.