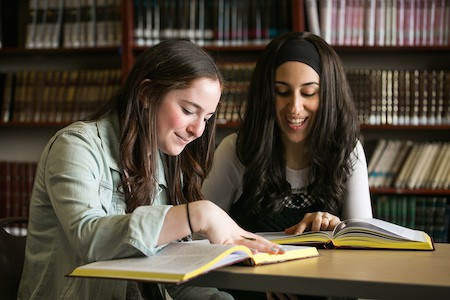 Editors’ Note: This article is part of a series on advanced Talmud study for women. See earlier responses by Chaim Saiman and Sharona Margolin Halickman as well as the original article by Judah Goldberg.

I am humbled by my dear friend Professor Chaim Saiman’s response to my recent article on women’s higher learning and his generosity of spirit towards my wife and me. More, I believe that his response elegantly models what online discourse can and ought to look like, and I am grateful for having been accorded that respect.

I appreciate and accept his insightful sociological analysis as to why Modern Orthodox communities might be reluctant to push women to pursue expertise in Torah, which echoes and crystallizes critiques of my essay that I have received elsewhere. Given genuine hesitation about how to relate to a theoretical female “expert,” the sociological barriers to her earning respectability commensurate to her training, and the uncertain ends of the entire endeavor, it is understandable why our community might not be enthusiastic about pushing women higher and higher in practice, despite its endorsement of their advanced Torah learning in theory. I can also understand reluctance to invest heavily in a largely speculative project, especially when community resources are finite. And if I am guilty of blurring the line between ambivalence and apathy, I accept Saiman’s cogent defense of our community’s earnestness and apologize for any insinuation to the contrary.

If he and I differ in our perspectives and emphases, it may be a function of the different roles that we play. Saiman writes, I imagine, as a supportive but realistic community member, equally embracive of our shared mesorah from Moreinu Rav Lichtenstein but also sensitive to the complexities of Jewish communal life. I write as a faculty member of a women’s beit midrash, where I have encountered earnest, aspiring young women, American and Israeli, who are familiar, I think, with Saiman’s points, yet respond: “Af al pi kein” (“nonetheless”). They hear the world’s sympathetic warnings not to set themselves up for disappointment or risk their reputations; but I am not sure that the world hears them in return. It is merely their voices (see one heartfelt example here) that I seek to amplify.

Very few of these women dream of being world-class experts. More, they and I know that even the most successful among them are unlikely to grow into “primary elites” in present circumstances, and so at least some of the sociological concerns, I think, can be sidelined for now. Still, they want to be able to excel, mainly within the frameworks that already exist for them, and that request, to various degrees, is currently being denied.

I reiterate that my primary target for change is the period during which most female students are not yet worried about tending to the needs of a household. Why can’t American college students participate in an organized, yeshiva-style morning seder, as some of them did during a year of study in Israel? Why are students in established, elite Israeli institutions generally limited to three or four mornings of Gemara study a week, instead of five or six? And why is an intensive night seder track for women, on par with the standard fare in men’s yeshivot, so hard to come by on either side of the Atlantic? These are low-lying fruit that can be picked at relatively low cost and with little effort. Broader reflections about women and Orthodoxy should not distract us from these straightforward tasks.

As for those who indeed move on to higher levels, I trust them to negotiate their own paths and to make smart, informed decisions that take into account the realities of the Orthodox world and their personal place within it. Many may intentionally pull up short of their full potential for the sake of family life, just as Orthodox female (and male) professionals do in other fields, but I don’t see that as problematic. To the contrary, I believe that our needs in education are diverse and will be well served by women of varying levels of achievement.

At higher levels still, while I acknowledge the sociological barriers that Saiman enumerates, I am not sure that it is either necessary or wise to confront them directly. Deliberately, as he observes, I advocate for focusing on principle – more access to intensive Talmud Torah for an underserved population – and trust that this essential good will organically nudge forward positive social processes on its own.

While this approach may sound naive, I think it is, in a sense, shrewdly practical and actually underlies the successes that established advanced learning programs for women in Gemara and Halakhah have seen to date. My impression is that communal norms have shifted in response to the appearance of ever better educated women (such as Yoatzot Halakhah), rather than in anticipation of them, and a concerted effort to lay extensive groundwork ahead of time may have been counterproductive. Yet, over time, these women have gradually found their places within their community – as the Orthodox Union’s recent statement attests to – and I am optimistic that future scholars can be similarly absorbed and appreciated.

Furthermore, I sometimes wonder: What is the alternative? To those who see changing roles for learned women in the Orthodox community as an unnecessary headache, I point out that this train has already left the station. The issues, fundamentally, have probably been lurking since the founding of the Beit Yaakov movement and were propelled forward significantly by the launch of advanced programs. Perpetuating mediocrity may buy some extra time, but it does nothing to settle the core issues, and it comes at a steep moral and spiritual price.

And that, I think, is what is really at stake. After all the sociological angst has dissipated, I remain haunted by a simple moral question: Could it be that in 2018, when we already ask Orthodox women to exercise such restraint in the ritual realm, that our community will dictate to them, if only through conscious passivity, to what they may aspire intellectually? Will we tell them that Talmud study is permissible, but excellence in Torah she-ba’al peh is inadvisable and therefore unattainable? That expertise is available to them in any academic or professional field, but not in Torah? That they might be able to earn equal access, but only if they first prove their numbers? That for now we will paternalistically handicap their best intellectual efforts, not out of ideology, but for all sorts of well-meaning sociological considerations? I trust that Professor Saiman is no more comfortable with this reality than I am, even as he carefully articulates its unspoken logic.

Let us listen to our young women. Carefully. They are telling us what they seek. Ideology is on their side, even if circumstance is not. Will we deny them? 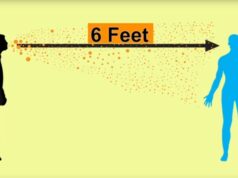 Social Distancing in the Rabbinic Tradition 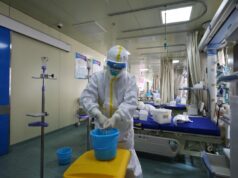 Incensed by Coronavirus: Prayer and Ketoret in Times of Epidemic

Who Knows? Jewish Leadership in Times of Uncertainty