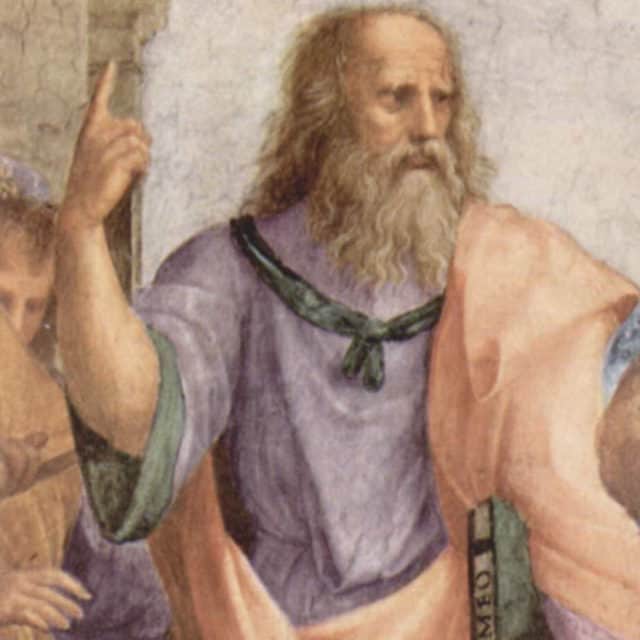 I read with interest Dr. Lawrence Kaplan’s insightful essay concerning the key role oral instruction plays in the thought of Moses Mendelssohn. I appreciate his complimentary words regarding my earlier piece concerning Mendelssohn’s notion of the Oral Law as living script, and find myself in agreement with key elements of his argument. Still, since I perceive significant daylight between my reading of Mendelssohn and that of Kaplan, I’d like to continue the conversation.

Drawing on Dr. Haym Soloveitchik’s notion of a mimetic tradition and Professor Moshe Koppel’s fruitful comparison of Judaism to a first language, Kaplan suggests that in addition to helping the student “avoid loneliness,” such instruction also helps to fashion a mimetic community in whose language members are fluent from youth. This, Kaplan contends, is also the key to understanding Mendelssohn’s enigmatic position regarding the purpose of mitzvot:

When people speak in their first language, that language in which they are at home, that language which they speak so fluently and intuitively, then, precisely because they are so at home and so comfortable in it, it is easy and natural for them to use that language for higher purposes, to exploit its possibilities, capabilities, and resources to explore the most abstract, the most imaginative, most demanding, the richest intellectual, cultural, political, literary, scientific, philosophical, and religious issues.

On the other hand, when people speak in their second language, that language which they “speak haltingly and stiltedly, [since] a part of the mind is occupied with retrieving the relevant rule,” then, precisely because they are so ill at ease and so uncomfortable in it, so afraid of making mistakes, they will tend to use that language more functionally and practically, will play it safe and seek to avoid any discussion which might make untoward demands on their still limited and fragile linguistic capabilities.

If this is so, continues Kaplan, we may be able to account for Mendelssohn’s position regarding matters of dogma. Eli Sacks has argued that for Mendelssohn, while the mitzvot remain stable, there is great flexibility concerning the core conceptual principles that underlie those halakhic commitments. Kaplan submits that “this flexibility derives, at least in part, from the mimetic nature of the halakhic society established by that constitution.” Knowing halakhah as a first language, “its practitioners shift conceptual and philosophical registers in the course of their discussion, while continuing to adhere to the same fundamental religious truths and principles.”

The Dessau of Mendelssohn’s youth, Kaplan suggests, while intellectually relatively unenlightened, likely carried more of a mimetic flavor than the Berlin in which he raised his children. Kaplan concludes by wondering whether (or not) it might be conceivable in our world to craft a culture in which halakhah is intuitive to even the youngest of its practitioners.

Kaplan is correct that for Mendelssohn, the purpose of mitzvot is not just to avoid loneliness, but also to ensure an immersive education especially for fledgling members of the halakhic community. I would contend, however, that a consideration of the primary aim of that immersion is critical to a full appreciation of the “living script.”

For Mendelssohn, the ceremonial laws are primarily aimed at inspiring reflection regarding broader metaphysical and ethical truths. In his words, “All laws refer to, or are based upon, eternal truths of reason, or remind us of them, and rouse us to ponder them” (Jerusalem, 90). On this view, ritual observance is not primarily intended to instill within the student fealty to a particularist tradition, but to inspire him to reflect on universal truths.

This also helps to account for another point. Kaplan writes that for Mendelssohn, “we may have here, though Mendelssohn does not say so, a chronological mimetic progression. In one’s childhood, one absorbs, by osmosis, as it were, the practices prescribed by the ceremonial law from family, friends, and more broadly society at large and its institutions. It is at a later stage of mimesis that the youth ‘follow[s] an older and wiser man at his every step.’” In this telling, Mendelssohn stresses not just exposure to sages but also a pervasive halakhic milieu that that merely culminates in the exposure to the scholar.

Yet, a close reading of the passage in Jerusalem suggests that Mendelssohn lays far greater stress on the importance of “the occasion to follow an older and wiser man at his every step, to observe his minutest actions and doings with childlike attentiveness and to imitate them with childlike docility.” If anything, Mendelssohn de-emphasizes the role of the family and thick cultural environment in permeating the child’s spirit, accentuating instead the scholar’s model and the child’s “inquir[y] after the spirit and purpose of these doings.”

Mendelssohn is less interested in embeddedness in a halakhic culture per say than in the reflection and growth that such immersion inspires. True, the young man must first be embedded in a thick halakhic milieu to become habituated to observance of the ritual. Still, since the ultimate aim is to inspire deeper understanding of the metaphysical and moral truths embodied in the Torah, it is the exposure to the scholar that is, far and away, most crucial.

Further, for Mendelssohn the conclusions one is intended to draw from that introspection, at least regarding matters of dogma, are not truly open-ended. Mendelssohn is firmly committed to the Leibnizian triad of belief in God, divine providence, and the immortality of the soul: “one calls eternal truths those propositions which are not subject to time and remain the same in all eternity” (Jerusalem, 90). What is more, precisely because his interest is less in acculturation to halakhic observance per say and more in the reflection the mimetic culture inspires, it is difficult to argue that the living script accounts for the peculiarities of Mendelssohn’s relative leniency in matters of dogma.

A final piece of evidence buttresses our reading of Mendelssohn’s living script. The source for his predilection toward teaching over writing, as Peter Fenyes has noted, is almost certainly the Platonic Dialogue Phaedrus.[i] As a general matter, Mendelssohn is intellectually indebted to Plato on multiple counts. Mendelssohn’s Phaedon is modeled on Plato’s Phaedo in offering a philosophical defense for the immortality of the soul. In Jerusalem, he cites the Platonic doctrine of anamnesis, that all learning is relearning: “The instructions which we may give others is, in Socrates’ apt phrase, but a kind of midwifery. We cannot put anything into their minds which is not actually contained there already” (91-92).

It is similarly evident that Mendelssohn again draws on Plato in the doctrine of the living script. For in Plato’s Phaedrus, Socrates recounts a myth in which the Egyptian god Theuth presents the Egyptian ruler Thamus with a new invention: written script. After Theuth recounts the potential benefits writing can afford the people of Thebes, the king retorts:

O most ingenious Theuth, the parent or inventor of an art is not always the best judge of the utility or inutility of his own inventions to the users of them. And in this instance, you who are the father of letters, from a paternal love of your own children have been led to attribute to them a quality which they cannot have; for this discovery of yours will create forgetfulness in the learners’ souls, because they will not use their memories; they will trust to the external written characters and not remember of themselves. The specific which you have discovered is an aid not to memory, but to reminiscence, and you give your disciples not truth, but only the semblance of truth; they will be hearers of many things and will have learned nothing; they will appear to be omniscient and will generally know nothing; they will be tiresome company, having the show of wisdom without the reality.

Oral discourse, Plato suggests through the mouthpiece of Socrates, ensures both comprehension and retention; writing fails on both counts. Of course, we ought not assume that Mendelssohn, known as the Jewish Socrates, slavishly parrots the ideas of his distinguished predecessor as put forward by Plato. Still, the obvious resemblance between the two presentations reinforces our reading: the primary purpose of the doctrine of oral study is more for the sake of spurring the student to fuller comprehension and reflection, than to inculcate lived practices per say.

The Birthplace of Infertility

The Iniquity of Inequity