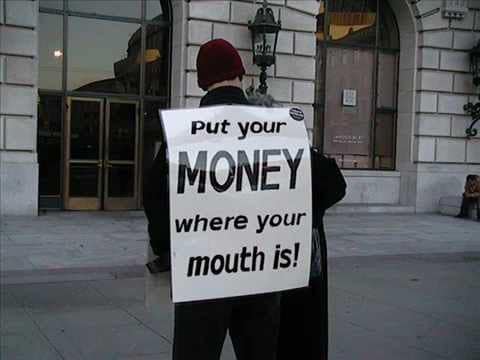 Much that is worth saying (and a fair amount that isn’t) has been said about the statement by the OU poskim and the accompanying statement from the OU itself. Rehashing that would be of little communal value, even if we were to continue the pretense that my husband wasn’t one of the signatories. And so I do not want to respond to this by addressing the statement’s premises, or its conclusions. Instead, I want to ask: if we take seriously the call for women to fully submit themselves to the authority of the mesorah and its transmitters—to understand that even outside the realm of halakhah women and men must accept Torah authorities’ views of what is consonant with halakhic ethos or values—what steps should we as a community take to help make that happen?

This question first presented itself to me in particularly stark fashion on the occasion of Rabbi Aharon Lichtenstein’s first yahrtzeit. All over my Facebook feed, I saw young rabbis talking about what their connection with Rav Aharon had meant to them personally—that they saw this Torah giant on a daily basis for a year or three, that he came to their weddings, answered their phone calls, and generally made himself available to them in an ongoing way as a religious mentor and guide.

And I was struck, profoundly, by the fact that no woman outside of his family recounted the same experience. Rav Aharon delivered a weekly shi’ur to the women who were students at Migdal Oz, and there were women who described his availability to speak with them and answer their questions if they approached him with a particular need. (One such story was deposited in my box at Frisch by someone who clearly had heard me discussing these ideas. I never was able to ascertain who shared it with me, but I am grateful all the same.)

I should be explicit that no criticism of Rabbi Aharon Lichtenstein is intended here. But the facts under discussion are not in dispute: a great many young men, of varying levels of scholarship and worthiness, saw him as their Rebbe. They were shaped not only by the Torah they learned from him, but by the Torah they saw him live, by their close proximity to his personal example. But few, if any, women, however learned or sincere, had the same access, depriving them of the experience of having their religious personalities, or their understanding of and relationship to Torah leadership, shaped in the same way.

In a recent conversation with a senior Torah figure in our community I raised the problem of the profound disconnect that exists—even on a human level—between the religious leadership of the community and the Modern Orthodox laity it is putatively leading. This Rosh Yeshiva responded that that lack of familiarity and empathy goes both ways—that the laity accept seeing the Torah leadership caricatured in certain ways because they do not know them, and don’t realize how little those caricatures capture the actual character of the men in question. I readily acknowledge the point. The same solution would serve to address both. If we want women to fully appreciate the status of the hakhmei ha-mesorah, to see themselves as subordinated to those hakhamim’s words not only when they pasken halakhah but also when they issue rulings based on meta-halakhic considerations, halakhic values, or halakhic ethos, one way to help that happen is to create opportunities for women to have the kind of exposure to and relationships with those figures that men have taken for granted.

Some of the responses to this suggestion offered by my interlocutors within the Centrist or Modern Orthodox community are deeply revealing. One is the claim that prominent Torah figures have limited resources of time, and have to spend it where it would do the most good: training the Torah leaders of the next generation. Let us, in the Simpsons’ deathless phrase, make the quiet part of that argument loud: women (who, it has been established and reestablished, cannot be rabbinic figures) are not worth Torah leaders spending their time on.

A corollary is that these are men of great tzniut, and having close mentoring relationships with women would be a violation of that tzniut. In a world in which women seek religious guidance from men, are mentored and taught Torah in high schools and seminaries led by men–indeed, in a world some of whose precincts still strongly prefer that a woman take her nidah questions to her male rabbi rather than a female yo’etzet halacha—that reluctance is hard to understand. How can we genuinely believe that men cannot have teaching or mentoring relationships with women that maintain halakhic and traditional boundaries of appropriateness, and also maintain that women cannot serve as clergy? If the former is true, how can the latter be?

A second argument makes the first one seem benign. It is that women are not part of the chain of the transmission of the mesorah, and as such, this whole conversation need not involve us. (“Do not worry your pretty little heads” is a formulation that has not been used, but might as well have been.)

A couple of years ago, a niece of mine graduated from a prominent high school in a haredi Torah community. My mother afterwards told me that she was grateful that I was not in attendance at the graduation when the father of one of the graduates, speaking on behalf of the parents, addressed himself to the verse “banim atem La-Shem Elokeikhem” (“You are sons to the Lord your God,” Devarim 14:1) and explained that it literally meant banim—male children—and why women were not included in this pasuk. (My mother anticipated that I might not have responded well.) Before you start tut-tutting about the haredi world: I spoke at an RCA convention in the summer of 2015 about the future of leadership roles for women in Orthodoxy. An RCA member, in talking about what leadership roles would or would not be appropriate for women, made functionally the same argument: women are not entrusted, he said, with being custodians of the mesorah. Only men are. As such, it would not be appropriate to put women into any roles in which they were assuming responsibility for safeguarding and passing on the mesorah.

I do not claim to have the Torah knowledge or authority to argue these from a text standpoint. I will argue them from a life-on-planet-Earth standpoint. If you are seriously arguing that women aren’t worth the community’s Torah leadership investing its time in, or that women are not entrusted with the transmission of the mesorah, then you will get exactly what you are paying for. Women educators and educators of women in our community, some of whom offered their thoughts, orally and in writing, to the poskim panel convened by the OU, say the same thing, over and over again: our daughters are checking out. Somewhere between the ages of 12 and 18, we lose a lot of them, if not physically then in the fullness of the engagement of their hearts and minds. Telling them that specific halakhic or meta-halakhic considerations preclude their serving as clergy is one thing. Telling them that they are outsiders to the core mission of our community is another thing entirely, one that will accelerate, rather than reverse, their disengagement.

What would it look like to have a community that understands that if it wants its women to act as insiders, it must treat them as insiders? What would it look like for the Centrist Orthodox world to try to ensure that its most capable young women are acculturated to see themselves as talmidot, subordinate to the authority of the Torah leaders, as its most capable young men are? My friend Avi Helfand has suggested that I end my essays with practical suggestions, and so I will be as practical as I can: the YU Roshei Yeshiva, from whose ranks most of the signatories of the OU statement were drawn and who stand as the preeminent Torah leadership of the American Centrist/Modern Orthodox community, must have relationships with the young (and not-so-young) learned and learning and teaching women of our community.

But the need here goes beyond the YU Beit Midrash, and its Roshei Yeshiva. In every OU community in which we are asking women to follow the guidance of the rabbinic leadership in matters beyond “which-spoon-in-which-pot,” we have to examine whether the conditions that make that followership more likely are being met. Does the shul rabbi meet with every bar mitzvah boy before his bar mitzvah? Does he meet with every bat mitzvah girl, as well? If we want a young woman to have a relationship with a rabbi, to see herself as part of his flock, he will have to find a way, within the boundaries of tzniut and contemporary sensibilities, to sit and speak with her.

Does the shul have teen programming with a rabbi? Is that programming, explicitly or implicitly, geared towards teenage boys? Is there any opportunity for the teenage girls to meet, talk, learn with the rabbi? (Not seudah shlishit or challah-baking with the Rebbetzin. Those are wonderful opportunities for connection, and I write this as a proud Rebbetzin, but they are something else entirely.) What opportunities are we providing for women and girls, who are, after all, fifty percent of Orthodoxy, to forge meaningful, personal, and lifelong connections with their rabbinic leaders?

Underlying the OU poskim’s statement is the assumption that the rabbinic leadership of our shul communities and our larger Centrist/Modern Orthodox community speaks not only to narrow halakhic matters, but to the broader halakhically-inflected policy questions that shape our communal life. The OU statement encountered opposition precisely in part because so many in our community have not been invited into the sort of relationship with its Torah leadership that naturally inclines them to follow its dictates. What are we doing to change that?