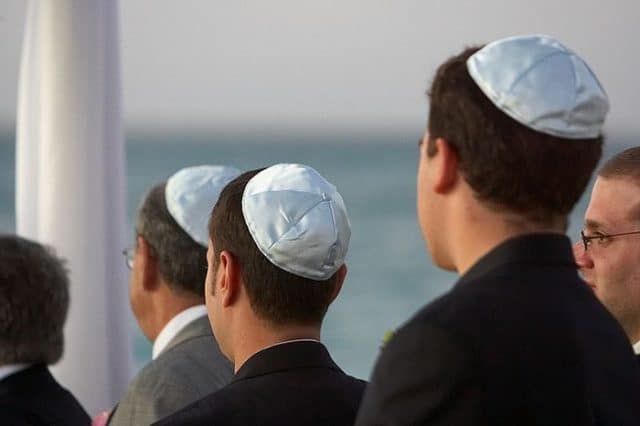 I thank Elli Fischer and Matt Williams for their thoughtful responses to my “Vanishing Non-Observant Orthodox Jew.” Their points are very well taken and altogether agreeable. Fischer is no doubt correct that there are a “great many Jews who were raised Orthodox and who are no longer observant.” Williams is also correct that social scientists have much to teach about the complicated relationship between religious observance and religious identity. In fact, I do not believe that we disagree on the current condition of America’s Orthodox Jewish community.

I submit, however, that both friends have misunderstood the thrust of my essay. I did not write on patterns of religious observance within the Orthodox fold. That would require mining population surveys and tackling near-unanswerable questions about the types of people who fill out these questionnaires. Instead, mine was a short study of a social-religious label known to many as the “Non-Observant Orthodox Jew.”

I did not coin the term, nor does the historian have the right to decide who may be associated with it. The historical actors performed this task in the 1950s and 1960s. The religious designation emerged, as the sociologist Marshall Sklare posited, due to economic and social concerns that forced many Jews to compromise on certain halakhic precepts and traditions. There was no precise halakhic checklist to gain admission into this club. Nonetheless, the category flourished in Orthodox life for many decades. It found its way into rabbinic sermons, the editorials of religious pundits and the researches of social scientists. Most of all, it stood for a substantial subgroup that forced others within this camp to reconsider and negotiate the contours of America’s Orthodox community.

The Non-Observant Orthodox Jew is still woven into the fabric of some communities. It is a sizable bloc in “small-town” communities like Albany and Charleston. It thrives in trendy hubs like the Lakeview neighborhood of Chicago. The so-called NOOJ is a term still very much in vogue in Canada and England. In these locales, the Non-Observant Jew is an “insider.” In most medium- and large-sized communities, I contend, however, the term is no longer in use, as Orthodox Judaism is tied very closely to religious observance, whatever that might mean.

Fischer and Williams point out that nonobservance remains a challenge within Orthodox life. I am not convinced of its connection with “Social Orthodoxy,” the continued recognition of Sabbath-violators as Jewish (I am unaware of a time when in American Jewish life when this was truly called into question) and reaffirm—based on common sense and experiences teaching at two major Orthodox day schools and assuming an administrative position at another—that enrollment has a role in tuition increase. On the whole, though, I agree with the trouble and the “trickiness” of nonobservance—I don’t agree that we can simply resurrect a dormant religious category, fill it with new meaning, and claim historical continuity from one epoch to another.

Actually, nonobservance never vanished, unlike the aforementioned moniker. In the 1970s and 1980s, Orthodox rabbis and lay people engaged in robust outreach initiatives to reclaim Jews outside—or beyond—the Orthodox enclave. For instance, NCSY in this period transitioned from an organization principally meant to serve as a social network for Orthodox young people to an organization that actively sought out unaffiliated or somewhat-affiliated Jewish teenagers. The very term “outreach” implies that Orthodox Jews viewed those less punctilious than they as “outsiders,” apart from the mainstream.

Of course, nonobservance is also derived from within. In June 2011, a New York Jewish weekly alerted readers to “Half Shabbos,” a religious malady afflicting the Modern Orthodox home:

The practice has become so widespread—some say half of Modern Orthodox teens text on Shabbat—that it has developed its own nomenclature – keeping “half Shabbos,” for those who observe all the Shabbat regulations except for texting; “gd Shbs,” is the shorthand text greeting that means good Shabbos.

Since then, concerns over adolescent nonobservance—or “half”-observance—has increased. In educator and pulpit circles, the phenomenon has amounted to a downright contagion. It is even more frustrating because the condition cannot be explained by the straightforward socio-economic factors that weighed so heavily upon an earlier generation of halakhic miscreants. They fear that Orthodox teens are transforming into bona fide outsiders, the future charges of Chabad rabbis on college campuses and “singles communities.”

My point is that the contemporary handling and categorizing of nonobservance in the Orthodox community is different from the era of the Non-Observant Orthodox Jew. Fischer’s and William’s essays betoken the reemergence of a rightful concern over religious observance within Orthodox Jewish life. It deserves our continued attention and discussion in light of new religious challenges and social forces.