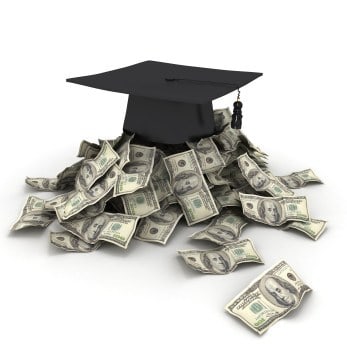 I read with great interest Chavie Kahn’s recent article suggesting that endowments are the primary solution to the day school affordability crisis. She has presented a cogent argument for the need for our community to adopt long-term thinking in dealing with the tuition crisis that threatens the viability of our day school system. In theory, I could not agree more. However, in practice, the current use of endowments is actually part of the problem, not the solution.

Endowments are an investment in the future, but we must first deal with the present. Thus, it behooves us to use monies raised to pay for our educational needs of today as opposed to investing them and using the income—some 5% (or less)—to fund Jewish education. By using only the income generated, 95% of the monies raised are effectively left unused, when they are so desperately needed. For the income from endowments to be significant in the present, the funds necessary to endow day school education are so staggering as to render such an approach almost impossible to achieve—which is exactly why it has not yet happened.

For instance, in Toronto, where I live, there are approximately 8,000 children enrolled in (Federation-funded) day schools and yeshivot. The cost to run these schools is just about $110,000,000. To make day school education free—as NYU is doing for its medical students, and which is the model we would all love to see—would require an endowment of at least $2,000,000,000. This would be possible if we had visionaries like Bill Gates and Warren Buffet to initiate a Giving Pledge in which Jewish billionaires would donate generously to Jewish education. But alas, they have not done so.

I teach at a large community school which had an enrollment of 1,538 students for the 2008-9 school year. Over the succeeding years, however, enrollment steadily declined as tuition steadily increased, such that this past year, the school enrolled just 872 students. (Lest one thinks this reflects a drop in the quality of education, the school’s retention rate is some 97%, the highest of any private school in Canada.)

Seeking to reverse this trend, last year, two visionary philanthropists donated a total of $14,000,000 over five years, on condition that tuition be lowered by $10,000 for every student. As a result, last year, 199 students entered ninth grade, down from over 400 a year nine years ago. This year, we are welcoming 296 grade nine students—a growth rate of 50% in one year! And this with tuition still at $18,500. Imagine the increased enrollment if tuition were to be $8,500! Had that money been given as an endowment, there would have been no impact on enrollment in the day school.

What will happen in five years when the donated money runs out? No one knows, but you can be sure that the school will do all it can to raise another $3,000,000 a year to ensure that the lowered tuition can continue.

Which brings us to another problem with endowments: laziness. Once an endowment is set up, there is little incentive to try to raise more funding, and complacency sets in—with potentially devastating consequences. Lowering tuition for some 872 students by $10,000 costs more than the $3,000,000 donated (though given the students already receiving a tuition subsidy, the cost is significantly less than $8.72 million). But this was the point. The school was forced to find additional savings to cover the initiative, which it did successfully.

There are billions of dollars in charitable foundations in Canada, and even more in the United States, all controlled by leading Jewish philanthropists. Each year only a small percentage is distributed and the rest sits invested for some future date. If just a small fraction of that money was invested in students, the tuition crisis would be solved overnight.

Each generation has the responsibility to fund its own charitable needs. With so many current needs and limited resources, the funding of today should be spent on the needs of today, not on some unidentified need fifty years hence. The community needs of the future should be met by our children and grandchildren’s generations. To put it in halakhic terminology, we have a holeh le-faneinu, a day school system that is very sick and needs CPR now. The Halakha requires that when faced with a holeh le-faneinu, we do all we can to save the patient, regardless of the future impact.

Using Toronto as an example, let me very briefly suggest one approach that I believe can help solve this crisis once and for all. In line with family income, tuition would be capped at between 10-15% of family income, regardless of the number of children in a family. Such a plan would cause an annual shortfall of approximately $45,000,000 a year. To fund the shortfall, we would need bridge financing, ideally a gift or an interest-free loan, a “one-generation” endowment, if you will, of $1,000,000,000. We would turn to the philanthropists for these monies.

To take an example, under this model, annual tuition for a family with four children (two in elementary school and two in high school) and earning $250,000 would be lowered from $85,000 to $30,000 (12% of their income), yielding a savings of over $50,000. In return,the  family would purchase a $750,000 life insurance policy payable on the death of the second spouse and donate the policy to the school or central communal fund set up for this purpose. If each member of a couple is thirty years old, such a policy would cost $5,100 a year for 15 years, at which point no more premiums would be due. As this is a form of charity to the school, each family would receive a tax receipt. In essence, the premiums would take the place of a large part of tuition and would need to be fully paid over the course of time when one’s children are enrolled. (If each spouse was forty when they started, the premiums would be $7,200 a year for 15 years; and, at age 50, $11,900 a year for 15 years, much less than the cost of tuition of a child.[1]) With approximately 300 new families enrolling in the Toronto day school system each year, once the policies start paying out, $225,000,000 will be available every year to help fund Jewish education (and repay the loan if need be). At that point we would have a large enough and growing fund to support Jewish education for all.

Not only would the above plan bring in new money year after year, it enables the middle class to fund Jewish education for their children and those of the community without constantly relying on handouts from wealthy philanthropists. While they cannot afford the tuitions of today, they can offer the world a gift after leaving it.

The tuition crisis is perhaps the greatest threat to the future strength of our community. By working together and managing our money properly, we can solve this challenge and take a step in the direction of Yehoshua ben Gamla, who instituted free education for all Jewish children (Bava Batra 21a).

[1] These figures were provided by Al G. Brown and Associates, a large insurance agency in Toronto. While U.S. figures will vary slightly, both the saving to a family today and the long-term benefit to the community are most significant.