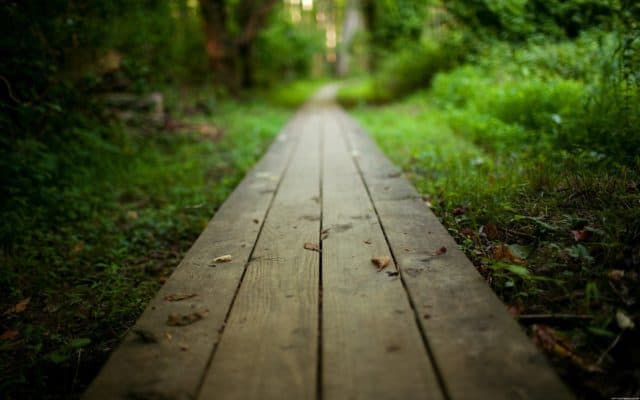 September is nearly upon us. As the school year begins anew, the “tuition crisis” is front and center. Shabbat table talk is dominated once again by exasperated adults bemoaning the economic burden of day school tuition. Over the course of those conversation, some may refer to the September 2016 massive Google public spreadsheet sharing JDS tuitions, and others to the September 2017 blog posting “I can ‘do Jewish’ on just $40,000 a year.” Some parents have even felt compelled to educate their children in other venues.

Why is day school so expensive? I am grateful to my colleague Rabbi Rafi Eis for surveying the various cost factors that impact JDS tuition, and his Lehrhaus piece provides a starting point for the discussion of what we can do to effect change on the ground. Broadly speaking, the overarching challenge to the educational ecosystem, which it shares with the independent school landscape, is the fundamental fragility of the JDS business model. Costs have risen steadily over the last decade. This upturn is largely related to increased compensation costs due to the uptick in total educator and administrative compensation and benefits. What is more, given heightened academic expectations and regulatory requirements, there are more adults in the school building today relative to the number of students than ever before. Our senior administrative leadership is asked to achieve the near impossible: maintain excellent faculties, administrative staff, and facilities and oversee a spectrum of extracurricular programming, while at the same time deliver a flat budget. Heads of School often are forced to fundraise for “special projects” such as needed capital improvements, all while financial aid as a percentage of the annual budget has continued to increase year after year since 2008. To be sustainable, the JDS ecosystem requires a rejiggering.

And while some might suggest abandoning the JDS model, I very much agree with Eis’ premise that day school education is invaluable, and is the premier immersive environment for ensuring connectivity to the Jewish community and to Jewish values for the next generation. While other immersive experiences such as Birthright trips, overnight summer camps, and youth programming also play a critical role in enhancing the connectivity of Jewish youth, research underscores that day schools and yeshiva educations provide the strongest incubators for continued attachment to the Jewish community and preparing the next generation of Jewish leaders.

We return, then, to the seemingly interminable question of how to proceed. We may begin with the assertion that many of the classical proposed solutions simply do not suffice. For example, to the extent that Eis notes that one tactic for an “affordable” JDS tuition might be to go “back in time” to a “parochial education,” this tactic is not viable for many communities. Too many in our community will not settle for anything less than an academically excellent education. The lightning speed of technological advances also increases the pressure on school leadership to respond to pressure on the academic excellence front. Far from going back in time, the JDS system must keep apace by effectively utilizing social media, hosting attractive websites, and disseminating regular digital newsletter updates.

As for other suggested strategies noted by Eis, while the integration of technology into education may be a net positive from an educational perspective, the jury is still out on its impact on the bottom line. Numerous schools jumped on the “blended learning bandwagon,” which promised to save schools money and keep costs down, and indeed many of these schools do feature a lower-cost tuition sticker price. The cost savings achieved by schools featuring blended learning, however, do not come solely from that learning model, but are also a result of cutting costs in other areas, such as administrative and educational staff (including on-site mental health professionals and nurses) and sophisticated extra-curricular programming (such as night seder, advanced tech programming, and varsity sports teams). Additionally, the blended learning model may not be cheaper in the long run. The most important aspect of innovative education is having not physical space, hardware, or software but educators who are trained and knowledgeable enough to teach advanced learning methods, such as problem solving and computational thinking. Adding administrative costs, I have seen schools that started with “every sixth grader gets an Ipad” five years ago, which now are hiring chief technology officers to manage the ever-increasing pressure to ramp up educational technology integration.

Government funding as a vehicle to meaningfully reduce tuition, another oft-proposed solution, may be unrealistic at this time. While several states have adopted initiatives that offer tax credits for contributions to scholarship funds for non-public schools, other states such as New York have not adopted such legislation. Leaving the church-state argument aside, targeted government funding is helping non-public schools in important areas such as security and, in New York, Mandated Services Reimbursement dollars. In the current climate, government funding to significantly reduce a family’s tuition bill remains largely aspirational. Similarly, whole community or “kehillah” dues present a plethora of challenges, and to date have not succeeded in significantly reducing tuition bills.

These successes notwithstanding, we need a systemic response to this national communal challenge. While day school funding is currently hyper-local, the future of our community depends on moving away from the “I donate to my school” model. Cross-denominational funding initiatives leverage more dollars to secure broader and deeper results. In the endowment arena, matching incentive programs which leverage funds from large donors increase total dollars flowing back to schools. Communities with a defined number of schools can start with a regional perspective, bringing together local funders to build the future of our joint communities. Of course, any collective regional funding initiative comes with inherent challenges, including the recruitment of initial stage funders, second stage funding, implementing a governance model in which philanthropic leaders can discuss and exchange ideas, metrics to track progress, and the scaffolding to distribute the funds on an equitable basis. Yet we can – and must – do it if we want to ensure the Jewish future for our children, grandchildren, and beyond.

What else can we do to impact the high cost of day school tuition? The most viable solution is evidenced by New York University’s recent unexpected announcement of free tuition for all current and future medical students, “regardless of need or merit.” NYU said that the rationale for the impressive initiative was the recognition of “a moral imperative that must be addressed” given the crippling debt burdening today’s medical school graduates. Yet a closer examination of NYU’s strategic initiative also reveals lessons that can be fruitfully applied to day school tuition.

How did NYU do it? In one word: endowment. NYU is planning to raise $600 million to endow the affordability initiative, and has already raised more than $450 million towards its goal. To the extent that NYU’s goal is to encourage more students to enter primary care, there is some pushback on whether this is the best means to achieve that goal. And while NYU’s initiative is expensive and a mere aspiration for many graduate schools, let alone undergraduate programs, we can nonetheless identify three critical takeaways for JDS:

Many universities and independent schools have long understood that endowments are a critical feature of a business model that helps ensure the sustainability of an academic institution. Beyond the potential to lower tuition, endowment funds at day schools ensure a third stream of revenue in addition to tuition and annual fundraising. They also allow schools to better weather difficult economic times.

What is more, beyond the dollars that flow back to schools from their endowment funds on an annual basis, endowment funds offer value in other ways. Donors tend to invest in schools with endowment funds, which convey the messages of financial viability, long-term vision, and stability. We can educate school leadership as to the importance of endowment fundraising: what it means, how to do it, and what success looks like. To use a sports analogy, in whitewater rafting, the paddlers on each side of the raft not only need to look at the current immediately in front of them, but also to read the current ahead to adequately prepare a tactical response to upcoming rocks or churning water. Schools with endowment funds, planned giving opportunities, and strategic plans convey that they seek to tackle not only the challenges of today but also those of tomorrow.

Some challenge the viability of the endowment solution, arguing that raising endowment dollars might cannibalize annual fundraising dollars. Others say that their communities don’t have the donors with sufficient resources to give endowment gifts. At least in many cases, these responses remind me of the year we were gearing up for a day school’s annual dinner, and we pushed for the board to offer a $100K donation in that year’s fundraising. “No one has given at that level,” we were told. “The top donation to date has been $50K!” We added the $100K level, engaged in a messaging strategy communicating the increased needs of the school, sat in a number of donors’ living rooms, and received a $100K gift the following year. Endowments are built over time, and are based on relationships that are cultivated over years. It’s hard work, and well worth the effort in the long term.

There is no magic bullet to “solve” the affordability crisis. But since it is our collective responsibility to ensure that we transmit our tradition and values from generation to generation (Mishneh Torah, Laws of Torah Study, Ch. 1), we must strategize, plan, and attract new investors to the day school system, all with the objective of yielding sustainable day schools and yeshivot for years to come. We cannot simply focus on this year and next year’s budget; we need to play the long game. The long-term sustainability of day schools and yeshivot should be on the communal agenda as a key component of a solution to a core communal challenge. And the best players are playing the endowment game.