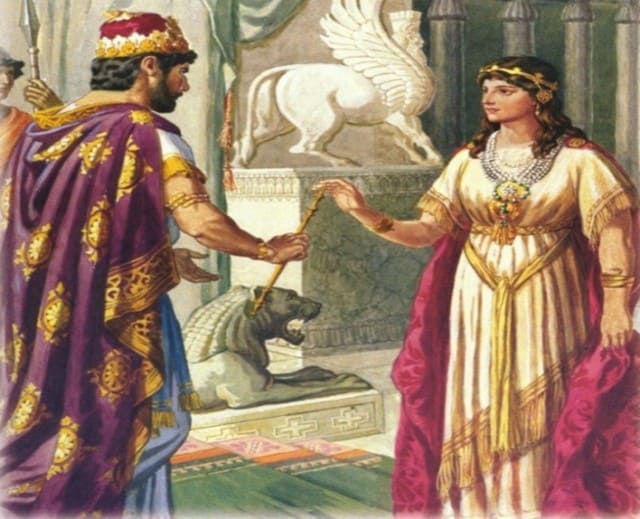 God told Abraham, “All that Sarah says to you, listen to her voice” (Genesis 21:12). My friends made a poster with those words for my husband at our wedding; I always claimed it was my favorite pasuk. Lately, though, this verse from Scripture is becoming increasingly important to me in very serious ways.

There is much frustration today about “those misogynistic rabbis,” of ancient times and through our own day, who, it is said, have oppressed Jewish women and stifled female voices. On the other side, there are many who claim that women belong behind the scenes: in the home, without a public voice. This latter viewpoint maintains that it is immodest—and not in keeping with our traditions—for a woman to be too visible or too audible. Like our matriarch, Sarah, who according to Rashi was venerated for her modesty, as exemplified by her remaining “in the tent” (Genesis 18:9).

Recently, the debate was renewed. Unintentional though it may have been, Sruli Besser’s Mishpacha article set off a flurry of conversations, social media comments, and letters to the editor. While the specific topics have ranged from cookies and air conditioning to breast cancer and agunot, the underlying question seems to be this: does Jewish tradition indeed mandate placing women quietly in the background? Do the halakhot requiring a mehitzah for prayer indicate that women are less important, and should be neither seen nor heard? If a Jewish woman is committed to halakhah but resists being shunted and silenced, shall we label her as “immodest” and tell her she must choose between her voice and her frumkeit?

Apparently, there are some who answer “yes,” and I wonder how we could all be reading the same texts and hailing from the same tradition. What I read is very different: “All that Sarah says to you, listen to her voice.” That same Sarah who was so modest—she had a voice, she used that voice when she saw reason to do so, and God Himself instructed Abraham that her voice was worth listening to.

Certainly, precedent can be found in our tradition for a belief that women’s voices should not be heard. But all too often, the sources putting women in the background seem to get the most attention, both by those who venerate an ideal of feminine modesty above all else, and by those who reject it as outdated and misogynistic. Perhaps both sides, and many of us in between, could benefit from a reminder that “those sources” do not provide the full picture of Jewish tradition in all its beautiful complexity.

As a brief start to that endeavor, I offer just a few—out of many—examples from Tanakh, especially as viewed through the lens of our midrashic traditions, that demonstrate a very different picture of women. Women who are active at the forefront, who step out of the metaphorical (or literal) tent to speak up and act—and who deserve to be heard.

Let’s begin at the beginning. The very first man in the world listened to the very first woman, figuratively if not literally (there are no words recorded along with her giving him the fruit). Of course, that instance of listening to a woman didn’t go so well, but the sages make an important point about it which is both obvious and, apparently, revolutionary. The Midrash Rabbah (Deuteronomy 4:5) points out that some men, such as Adam, listen to their wives and lose out because of it, while others, such as Abraham, listen to their wives and gain from it. In other words, sometimes a person might be right, and sometimes they might be wrong, and you can’t predict which one based on gender. Sure, Eve was wrong and her husband shouldn’t have listened to her. But that was her, not her gender—as we see from the fact that Sarah, also female, was right, and her husband was told to listen to her.

For our next example, consider Miriam. She took charge of her brother, Moses, and ensured he received what he needed, physically and perhaps spiritually as well (Exodus 2:4-8). Miriam stepped up and spoke out of turn to the princess, and our tradition celebrates her for it. In fact, the sages expanded on these qualities of hers in midrashic interpretations. For instance, the Talmud relates (Sotah 12a) that Miriam’s father divorced his wife to avoid bringing further children into the dismal world of slavery and infanticide, and that Miriam told him off for it: “Your decree is worse than Pharaoh’s!” Was Miriam criticized for her hutzpah? On the contrary: Amram listened to his daughter’s counsel—because she was right.

This, of course, was the same Miriam who later led the Israelite women in song (Exodus 15:20-21), honoring God and her people after their departure from Egypt. Apparently, her leadership was not too loud or too public.

The book of Joshua (chapter 2) provides a surprising illustration. Rahav is described outright as a zonah, typically translated as “prostitute,” and she is certainly not viewed as a model of modest femininity. In fact, according to the Talmud (Zevahim 116b), Rahav worked as a prostitute for forty years and “there was no prince or leader who had not been with Rahav.” When visited by two spies dispatched by Joshua to Jericho, Rahav demonstrated quick thinking and action: she hid the spies, sold an outright lie to the authorities, and succeeded in securing safety for herself and her family. She was, for her efforts, characterized by the Yerushalmi as a “righteous Gentile” (Berakhot 2:8). Rahav saved lives by stepping up and speaking up, and in the merit of her actions, the midrash (Ruth Rabbah 2:1) states that “even if her family had been 200 people, and they went and attached themselves to 200 other families—all of them would have been saved.” Another celebration of feminine initiative, speech, and action.

A much more widely discussed heroine of female empowerment appears in the book of Judges. The introduction to Deborah describes her as “judge” and “prophetess” (4:4). Both roles require public visibility and speech – but that did not make her “immodest.” The text goes on to tell us she “sat under a palm tree” (v. 5); according to one understanding, Deborah held court out in the open specifically out of a sense of modesty and propriety (Megillah 14a). Sometimes visibility—even for a woman—is the exact opposite of immodesty.

While it was certainly rare for a woman to serve in such public positions, it is clear that Deborah’s leadership was accepted and respected. For instance, the text goes on to highlight that “the children of Israel went up to her for judgment”; they actively sought her guidance, as the Malbim explains. Apparently, Jewish society in ancient times wasn’t as averse to hearing a woman’s perspective, even in public, as some are today.

And, perhaps one of the reasons she was so widely respected and accepted as a leader was because of one more quality mentioned in 4:4, “eshet lapidot,” which some explain as “a fiery woman.” Metzudat David, for instance, elaborates on this phrase by calling her an “eshet hayil,” a woman of valor, “zealous in her actions, like a flame.”

When people today venerate the ideal of an “eshet hayil,” are they thinking of someone like Deborah, who may or may not have had a family, who served in a public, outspoken capacity? Or have they built some image of the ideal Jewish women that would actually exclude this fiery prophetess? God Himself chose her as His messenger; would we, today, reject her?

Much more of Deborah’s voice is found in chapter 5. There, she “sings” about the war against Sisera. Note that her song is canonized as part of the Bible; this vocal expression from a woman is as legitimate and valued as they come.

Indeed, the Zohar (Leviticus 19:2) names two women who were able to praise God better than any man before them. The first was Deborah, and the other is Hannah, the mother of the prophet, Samuel. These two female personalities both trumpeted their voices, though in very different ways.

When Hannah opened her mouth to pray for a child, she spoke “to her heart”; “only her lips moved, but her voice was not heard” (I Samuel 1:13).  Did she curb her voice out of feminine modesty? No. If that were the case, Eli should have recognized and commended her modesty, rather than being confused by it and mistaking her for a drunk. Apparently, stifling one’s voice was not any kind of societal norm. It was simply odd.

Hannah then explained her odd behavior: “I was pouring out my soul to God.” It is God who hears us when we whisper. To the extent that Hannah’s quiet prayer did reflect a sense of modesty, that modesty became the paradigm for all supplication—women’s and men’s (Berakhot 30b-31b). If she was demonstrating a new, quieter kind of prayer than had been the norm, then this implies that prayer should be quiet. That men, and women, should exhibit a sense of modesty in their prayers.

But in speaking to fellow humans? The rabbis of the Talmud suggest that Hannah was quite open in sharing her viewpoint with Eli, criticizing him in the sharpest terms for having misjudged her. “You are not a master in this matter … for you suspect me” (Berakhot 31b). It is based on this exchange, in fact, that the Talmud teaches us to be wary of judging others, and to make amends when we do. For our final example, we turn to Esther.

Esther who took charge and, after a lifetime of simple obedience to Mordechai, told him how to proceed and ultimately was the agent of Haman’s defeat. Esther who, according to the Talmud (Megillah 7a), wrote to the sages to plead the case for her story to be established as a holiday for all time. Who, when they responded in the negative, persisted and ultimately won them over with her clear logic. A woman spoke up, and a woman was heard.

Our tradition is clear: God gave women a voice, and He gave us talents, and He gave us a Torah and a tradition that celebrates women who use those capabilities. How would our world, our heritage, have lost out if the above women had been silenced, if they had been told it was immodest to step out and speak up? Of course, no one should indiscriminately listen to anyone, man or woman. But no one should assume that the speaker’s gender determines the value of what he or she has to say. No one should ever be made to feel like they can never be heard.

The Iniquity of Inequity