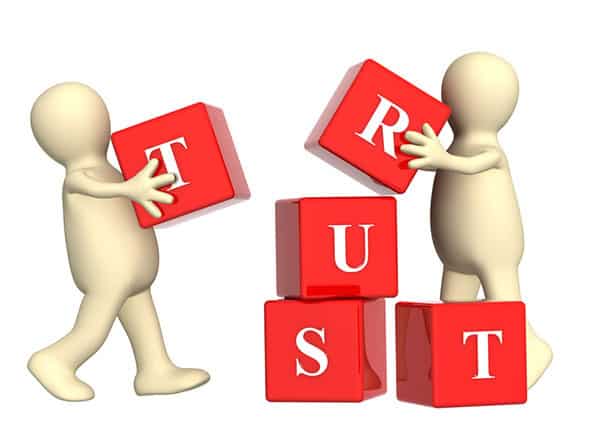 “I have a confession-brag: I have basically zero interest in reading this OU statement that everyone’s talking about.” Thus ran one fairly typical response to the rabbinic panel’s recent position paper on female clergy. Others, instead of ignoring the statement, have lashed out against it.

Whence all the vitriol and eye-rolling amongst a substantial segment of our community? Many have posed questions on the decision’s halakhic claims. Some have decried the ad hoc nature of the panel—the seven rabbis are not standing decisors of the OU—which, they claim, proves that the outcome was predetermined. Yet others have taken umbrage to the statement’s ambivalence toward yoatzot halachah.

But none of these suffices to account for the venomous reception of the statement in many quarters. In truth, it has been obvious for some time that there has been a breakdown in trust between Centrist Orthodoxy’s rabbinic establishment and too many adherents of American Modern Orthodoxy. Of course, there are many in our ranks who revere such rabbis as mentors and gedolim; undeniably, though, there is another substantial group who feel profoundly alienated. This insight, in turn, begs additional questions: without casting blame on one side or the other, what are the causes of this breakdown, and how can we move forward?

Many contributing factors have led us to this point. The structure of the American rabbinate, in which a rabbi serves as halakhic authority of the community that writes his paycheck, can engender conflict. The American ethos of autonomy complicates any attempt at establishing positive rabbinic-lay relationships. In recent years, Americans’ faith in their political institutions has reached a nadir, further eroding the public’s respect for authority. Rabbis who have loudly polemicized against Open Orthodoxy have inadvertently branded themselves and their centrist rabbinic colleagues as reactionaries. The pitched political battles of the past year have left a divided Modern Orthodoxy in their wake, making for a testy readership on any subject. And the parade of headlines announcing rabbinic malfeasance has cast a dark shadow over all rabbinic-lay interactions.

Moreover, the outflanking of the more traditional arm of the Modern Orthodox establishment by their left-leaning colleagues has exacerbated matters. Many community members have been instructed by a new generation of rabbis that Halakhah permits far more flexibility than has been traditionally understood. Increasingly, rabbis’ objections to halakhic innovations have been understood to be driven by public policy considerations, not strict Halakhah. As a result, many have expressed skepticism as to whether rabbis are being fully forthcoming when they outlaw certain practices. This charge of rabbinic dishonesty, right or wrong, should not be underestimated as a factor that has chipped away at the already-shaky foundations of lay-rabbinic relations.

But all this omits what is arguably the greatest contributing factor to the divide. To appreciate this final element, it’s worth calling attention to the basic dynamic at play in the OU’s request: the agency solicited a ruling from the rabbinic panel. The lay organization is pushing forward the community agenda, while the rabbis, despite a valiant attempt to propose a positive path forward, are cast primarily in the role of respondents.

This, I believe, is indicative of the current landscape. While many individual rabbis are rightly beloved by their communities, on the whole, the centrist rabbinic establishment is not perceived as championing a positive community agenda. Granted, ORA is an excellent example of an organization that features a proactive agenda. Moreover, it turns to Rabbi Hershel Schachter as its halakhic decisor and touts Rabbi Mordechai Willig’s achievement as author of the Beit Din of America’s prenuptial agreement. Still, ORA is a lay organization.

And so institutional rabbinic Orthodoxy has come to be viewed as more interested in drawing red lines than in promoting an affirmative vision of Judaism. Of course, much of this perception is a result of the push from Modern Orthodox liberals, who have left the traditional flank feeling compelled to come to the defense of traditional practice. But whatever the causes, the consequent perception, at least for a substantial segment of our community, remains the same.

The Rabbis and the OU

Against the backdrop of this rocky lay-rabbinic terrain, it was inevitable that many would view the panel’s statement with jaundiced eyes. Never mind that the statement went out of its way to urge a number of proactive steps, or that as part of its research, the rabbis received input from a wide range of pulpit rabbis, educators, yoatzot halachah, communal professionals, and lay leaders. Due to the fractured relationship, many community members disqualified the rabbis out of the gate.

Wise to the importance of adopting a proactive stance, the OU, in its accompanying remarks and beyond, has looked to position itself as pressing forward with an ambitious community agenda:

On the professional side of the organization, the OU’s recruitment, training, mentoring and promotion of talented women within our professional ranks has been a key organizational priority for the past several years. We have significantly enhanced our maternity/parental leave policy, as well as our part-time and telecommuting work options, to create a more family-friendly work environment. We established the OU Women’s Affinity Group as a forum for professional women within our organization, where women can gather on a regular basis for seminars, networking and brainstorming on issues of common concern. We instituted a new compensation system whereby each program position within the OU is assigned a grade and corresponding salary range, thereby ensuring pay equity across the board. And while there remains much work ahead, our management ranks are now beginning to reflect the totality of the talent pool within our community, both male and female…

But there is much more that the OU can—and should—seek to achieve. The OU is, therefore, in the process of forming a new Department of Women’s Initiatives. This Department will be led by a senior professional, and will allow us to coordinate all of our programming for women, whether serving our community’s schools, shuls or individuals directly. The objective of this initiative is to advance the spiritual, religious and communal engagement of women at all stages of life, in all segments of the Orthodox community, in areas of personal and professional growth, including Torah study and community leadership.

I think, in many respects, this statement really changes the dynamics of the conversation with regard to women’s roles in the synagogue structure, by trying to focus not just on the areas where it is halakhically impermissible for women to function, but on focusing on the areas where it is perfectly appropriate for women to function… I think it is an innovation of the rabbis and the statement that we are focused as much on ‘the can’ as ‘the cannot.’

This is the right way to go, but there is just one difficulty. Because of past history, and given the nature of the question posed to them, the rabbis’ ruling was widely viewed as reverting to boundary-marking rather than offering a positive vision. At present, it is only the lay organization that can plausibly be seen as claiming the mantle of setting a positive agenda for Modern Orthodoxy.

Has the lay-rabbinic relationship been damaged beyond repair? While many are pessimistic, I believe there is a path forward.

On the lay side, and from some of the left-leaning religious leadership of our community, we need fewer knee-jerk reactions. I firmly believe that the rabbinic respondents genuinely sought to present their findings in a balanced, nuanced, transparent, and positive fashion. Individuals are entitled to agree or disagree, but if the community continues to greet good-will statements with derision, we will never be able to move forward.

From the rabbinic side, two steps are in order. First, rabbis ought resist the temptation to focus their energies on declaring individuals and institutions as outside the pale. On the whole, this tactic has backfired. Second, as the RCA has sought to achieve with its recent series of resolutions, including its “proud platform for the 21st century,” it would go a long way for the rabbinic establishment to redouble its efforts to set a positive community agenda and widely publicize those efforts. This will require creative vision and bold action, and I firmly believe it can be done.

Rav Aharon Lichtenstein zt”l concluded his uncharacteristically scathing lecture, “If There Is No Intelligence, Whence Leadership?” with the following exhortation:

As ‘dwellers’ of the beit hamidrash, and as people for whom a Godly reality is close to our hearts, with spiritual and Torah-based experiences ingrained in ourselves, we understand well the requirement to make the Torah and Hashem’s kingship loved by others. We must begin with the society within which we live—specifically in those sectors that are close to Torah and mitzvot. Those who involve themselves in Torah study are supposed to demonstrate through their actions and to clarify that its values … bring love and completion to both the individual and the nation.

Rabbinic leadership, of course, is about so much more than public relations. But for the rabbinate to succeed, earning and maintaining the community’s trust is essential. To achieve this, significant effort is required on both sides.

The range of responses to the ruling on female clergy shines a harsh light on the present divisions in our community. Clearly, we have our work cut out for us. But if we can find ways to collaborate in good faith, we may yet pave a healthier and brighter future for American Modern Orthodoxy.