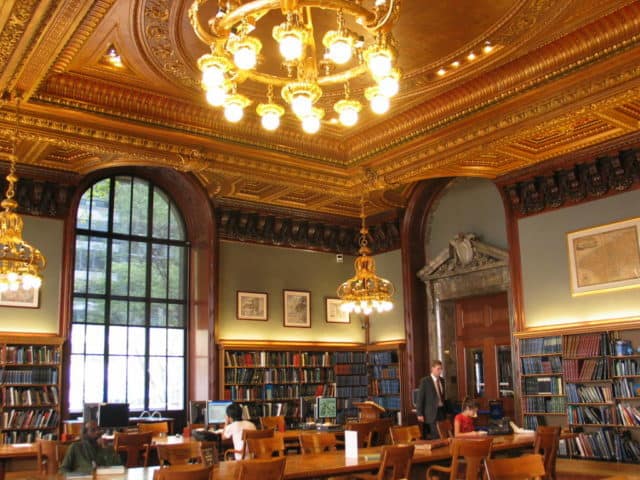 I loved Simchat Torah as a little girl. The adults were so distracted by the singing and dancing (and quite possibly the refreshments) that we children had unique freedom to gallivant around shul, hoisting our apple-crowned flags like kings and queens with their scepters. If that wasn’t exciting enough, the holiday also gave me the chance to meet up with G-d.

This was before I really understood who or what G-d was. At that point, I knew only that He was a constant yet hidden presence in my life. I talked to Him almost every day, but He came into view just the one time each year. Not that I could see His form or features. It was more a trick of the eyes. When we amassed beneath the tallit for the children’s aliyah, we stood so close to the aron I could peer inside, and it was there I caught sight of Him, filling the space with His holiness.

As I got a bit older and more philosophical, I came to believe G-d’s intention was not to show Himself to us, but rather, to get a close-up look at our faces. Such nachat for Him to see them aglow with the light of His Torah! Later, I broadened my perspective, convinced His visit had instructional purposes. Surely He’d come to remind us that we were created in His image and that we carry around the tiniest bit of His sacred light – something we should never hide from view, something that should inspire us to comport ourselves accordingly.

It struck me as curious that these particular memories came to mind during a visit to the New York Public Library this past winter. I had stopped in to see a display of illustrated New York City maps in the Map Room, though I was also in search of sanctuary for my chilled bones on a bitter cold day.

Anchoring the room were several expansive wooden tables, all worn and loved, teeming with memories of their own. I couldn’t resist the tug to take a seat and write. As the chair legs scraped across the floor, my eyes caught the elegance of the high Beaux-Arts ceiling. The gilding. The rich, deep hues. The ornate plaster designs – cherubs, fruit, and dragons – and the sculptural molding from which the walls began their descent.

Perhaps it was because I was in the New York Public Library, drunk with the reverent scent of books and absorbed in the elegance of the building itself. Whatever the reason, the Map Room seduced me. It was a beautiful box I never wanted to leave. The word splendor popped into my head. Right on its heels came divine.

Why divine? I wondered, when what impressed me about the space was precisely its human provenance. In my imagination, I flipped over the many pairs of hands that had done the work, from the room’s original construction through its restoration in the mid-2000s. I traced the lines etched by mastery and experience deep into their palms, their skills honed long before they applied the first drops of paint or gold leaf to the ceiling.

It is rapturous to stand before natural wonders like the Dead Sea, Niagara Falls, and the Grand Canyon, where the holiness is so tangible it leaves you breathless. Visiting them at sunset, when fiery oranges and reds and pinks ignite the horizon, only confirms the truth of it. But no team of craftspeople could ever have conjured any of them up. Their majesty lies beyond human reach.

And yet, G-d appears in the manmade as well. I have been moved to tears by the divine presence at the Hoover Dam, in the Tate with Millais’ Ophelia, during the opening bars of Rhapsody in Blue. These experiences also heightened my sensitivity to the godliness in other places I never thought to look – in a display at a patisserie, in the beadwork of a wedding gown, in a hand-knit sweater. After all, G-d created us from the dust of the earth so that we might create, too, partnering with Him to complete His world.

This is the thought that ran through my head as I sat in the Map Room on that cold winter day. While artisans had carved, painted, and gilded the space into existence, it was G-d who imbued it with a soul. His presence felt so tangible to me in that moment, I experienced a sense of déjà vu that returned me to my little girl self, the one who gazed into the aron and saw G-d looking right at her. Of course, what I took for a visual encounter in my youth was a kind of spiritual intuition, a concept I did not yet have the words for. The certainty of our Simchat Torah meetings was based on my faith alone, and it was that feeling that washed over me in the library.

Epiphany or not, it was time to go. I packed up my journal and glanced around one last time, catching a sudden glimpse of myself in a glass display case. I spotted the dark circles beneath my eyes, the bump of a curve in my nose, the wrinkles above my brow, all in sharp contrast to the unblemished ceiling. I shrugged. Such cosmetic details were already old news, insecurities accepted long ago. My imperfections are as much a part of who I am as my fingerprint, and I’ve come, over time, to embrace them.

Outside, I paused at the top of the steps to take in the bundled-and-gloved crowd on the sidewalk below. We’d all become a cache of peering eyes, the divine presence in our differences obscured by the hats, hoods, and scarves defending us against the bitter cold. It was eerie, this near-absence of identity, an unintentional, temporary erasure that struck me hard.

For nowhere is our collaboration with G-d more profound than it is on our faces. When a man and a woman engage in procreation, they become artists of a sort, partnering with G-d to bring His master design to life – in infinite calculations of shape, color, angle, groove, curve, and size, in the beauty of our imperfections, in both male and female form. Considered together, our countenances are a patchwork quilt, the pixels that create the full picture of humanity as G-d envisioned it at the beginning of time. Therein lies our obligation to honor the holy spark of godliness in one another – and in ourselves. To do otherwise is to deny G-d’s presence among us. In a way, it is to deny that G-d exists at all.

I hugged my coat to my chest as I began my descent from the library to the street, past Patience and Fortitude, the twin lions flanking the steps, and took my place among the throngs moving along Fifth Avenue. I lifted my face above my scarf, exposing it for a brief moment to the cold.

When I found my stride, I called out to G-d.

“Are You looking down at us right now? If so, what do You see?”

I shivered, the chill gripping my bones. I pushed forward while the whoosh of icy wind drowned out most of His answer, leaving behind only a trace of yes and good.