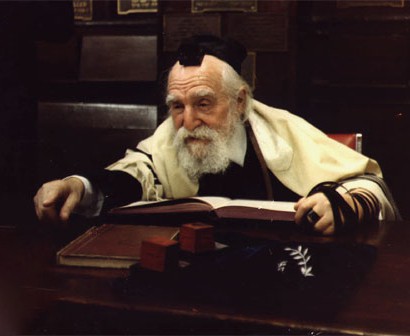 On Wednesday, March 4, 1939, the United States celebrated the 150th anniversary of the Constitution becoming the law of the land. Back in 1789, the first Congress and the first President took office on that date. On the Shabbat after the sesquicentennial, which happened to be Shabbat Zakhor, Rabbi Moshe Feinstein noted the occasion in a sermon and took the opportunity to contrast the American form of government with the fascist and communist regimes of Europe, specifically Nazi Germany and Soviet Russia. In time-honored rabbinic tradition, he identified those regimes with Amalek, Israel’s mortal enemy, who we remember to blot out on Shabbat Zakhor (and on Shabbat Ki Tetze).

In his new work on Rav Moshe [Ha-Rav Moshe Feinstein: Hanhagah Hilkhatit Be-olan Mishtaneh (Alon Shvut, 2017)], Rabbi Dr. Harel Gordin points out that these regimes were not mere metaphors in 1939. The Feinstein family had fled the Soviet Union only two years prior; Rav Moshe experienced the horrors of Stalinism firsthand. Likewise, in 1939, the scourge of Nazism was well known to Jews, even if the magnitude of its evil could not yet be imagined.

Of course, fascism and communism had their adherents in America, as well. In March 1939, millions of Americans were still tuning in each week to hear Father Charles Coughlin and his angry, antisemitic, fascist-sympathizing rants. Philip Roth’s The Plot Against America is no doubt a work of fiction, but the nativist, isolationist, paranoid mood he describes was significant during those years. Perhaps paradoxically, American sympathy for Bolshevism also peaked during this era, as the “Red Decade” reached its crescendo. No one living in the United States in 1939, certainly no one who, like Rav Moshe, read the newspaper daily, could be unaware of fascist and communist sympathies in the United States. Yet, in this sermon, Rav Moshe does not praise the United States for not having fascists and communists, but for having a system of government that is particularly resistant to what came to be known as totalitarianism.

Every superstition and every nonsensical opinion in the world claims to bring light to the world and creates beautiful things to deceive and win over adherents. However, since many do not espouse them, they compel anyone they can, with sword and spear, to adopt their views. This is true in all times, with respect to both matters of faith and matters of ideology, past and present, and especially in Russia and Germany … Ultimately, all that is left is wickedness, not the ideology it was fashioned to support; what need do they have for it once they have swords and spears? … In the end, only the sword and spear remain, while the light is completely extinguished, as we see in the extremes of Germany and Russia.

Therefore, no sovereign power should accept one single faith or one single ideology, because ultimately only the power will remain, without an ideology, and this leads to destruction, as we see with our very eyes …

This is likewise the case with the attack by Amalek, which had a mistaken view they wished to express: that [the redemption of Israel] was not miraculous and that there was no reason to fear them. Yet they should have first engaged in discussion, to prove their point if they could, or to concede the point if they could not. They did not do so, instead opting for war straightaway, and thus showing that their primary motive was not [to illuminate, but to exercise power]. We therefore memorialize them in our hearts and with our mouths, so that we know that any religion or system of beliefs that wields power and sovereignty and does not rely only on its inherent light is hollow, false, and misleading. In truth, there is no light in them. This is why we continue to remember Amalek.

It thus emerges that no national regime may espouse a single system of beliefs. Rather, it must only serve its function, which is to see that no one perpetrates injustice against another, steals, or murders, for if not for the fear of the regime, people would swallow one another alive. However, with regard to opinion, religion, and speech, everyone shall be free to do as he wishes.

Therefore, the United States, which established in its Constitution 150 years ago that it will not uphold any faith or any ideology, rather, that each person shall do as he desires, and the regime will see that people do not molest one another, is carrying out God’s will. It is for that reason that they have succeeded and become great in our times.

Nearly eighty years later, we see that the views that brought the world to war in 1939 are still alive and well in the United States, and respect for basic freedoms has eroded in some quarters. Yet if someone as wise and astute as Rav Moshe Feinstein could think, even in in the age of “Uncle Joe” Stalin and the America First Committee, that as long as the government continues to safeguard the freedoms of religion, opinion, and speech, the country will not slide into totalitarianism, then perhaps we can be somewhat optimistic as well.