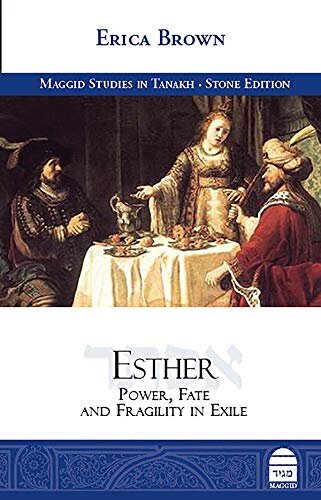 When reading the Book of Esther, we tend to focus on the beginning, on the oy rather than the joy. We drink along with the guests at Ahasuerus’ party and watch the king humiliate his wife. We observe with disgust the king’s ministers jump to assert male dominance throughout the kingdom. We imagine the horrors of the King’s grotesque beauty contest and feel the despair of the women not selected who are shunted away in a second harem. We mourn with Mordecai at the loss of his niece and then later when he thwarts an assassination plot against the king that goes unrecognized and unrewarded. We cower at Haman’s evil and the injustice of his plan to exterminate the Jews. We walk with Mordecai on Shushan’s streets in sackcloth and ashes to protest Haman’s decree. We struggle with Esther as she musters the courage to confront Ahasuerus. The scroll invites us to travel with its characters and immerse ourselves in a range of negative sentiments. Jews know this emotional tableau all too well, so well that we often don’t make room for happiness even when it arrives. And in the Megillah, it arrives.

Happiness is precipitated not when Mordecai is paraded in the public square. This was no reward for our hero, who preferred and returned to the king’s gate, the liminal space most existentially suited for an exile. Riding on a horse with a crown (either on his head or the horse’s – depending on the commentary[1]) when your life is in peril provided no solace, and may have brought even greater indignity. Even Jewish self-defense was no occasion to rejoice. Killing first rather than having no one be killed only provides a tense and uncertain reprieve.

Instead, the joy in the Megillah is textually linked to Mordecai’s eventual political ascension and the optic it created in the eyes of his co-religionists. Many readers fail to notice the overt connection:

Mordecai left the king’s presence in royal robes of blue and white, with a magnificent crown of gold and a mantle of fine linen and purple wool. And the city of Shushan rang with joyous cries. The Jews had light and gladness, and joy and honor. (Esther 8:15-17)

One short verse enables the reader to experience the relief felt by the Jews of Persia. Mordecai’s garments of power meant that the Jews in the King’s empire had an internal advocate. His luminescence was theirs.

Relief, in this sense, is its own type of temporal happiness that should never be mistaken for joy. It is significant. It neutralizes the difficulties of the past, but cannot, in and of itself, create the sensations of total bliss, safety, love, and serenity. And because Ahasuerus was so unpredictable, the happiness the Jews experienced at this moment could not sweep away all the heartache and terror of the past months. Happiness could not be achieved without security. After safety, Jewish happiness came through community-wide observance of a holiday, economic relief, and sharing food with others – because happiness shared is happiness doubled – but mostly, by having a faithful representative in the palace.

A group of Talmudic sages picked apart each expression of joy in these verses to yield a reading both playful and serious. Each of the four emotions in the verse was related to specific commandments: Torah study, Jewish holidays, circumcision, and phylacteries. To paraphrase: Rav Yehuda said: “Light” [ohr] refers to the Torah that they once again studied.[2] “Gladness” [simha] refers to the festivals that they once again observed. “Joy” [sasson] refers to circumcision, as they once again circumcised their sons. “Honor”[yekar] refers to phylacteries, which they once again donned.”[3] This is a far cry from a literal reading of the words, yet to these Talmudic sages, authentic joy was about spiritual happiness. Nowhere in the Scroll are we told that Jews were forbidden to practice their faith, but the ancient Rabbis had their own Hamans, and may have been relating the experience of the Jews of Persia to the Roman prohibitions they suffered. The autonomy to practice one’s faith unobstructed was above any other happiness.

The 15th-century Italian interpreter Joseph ibn Yahya, like the Sages of the Talmud, examines each of the four expressions of happiness in his comments on 8:16 for their distinct nuances: “ohr” is relief, “sim ha” removal of worry, “sasson” spiritual delight, and “yekar” material satisfaction. Readers sensitive to the linguistic parallels and repetitions of the text understand the potency of the word “yekar,” which appears four other times in the Scroll.[4] This word is linked specifically to “the happiness that comes with the abundance of material wealth and honor that replaced their mourning over being sold as oxen to the slaughter.” Material joy, on this reading, contrasts with Esther’s plea not to sell the Jews into slavery. Jews were objectified. To reverse fortunes required that they suddenly have objects rather than be objects.

Not everyone reads this verse as joy experienced exclusively by the Jewish community either. For example, Moses Alshikh, a 16th-century exegete from Turkey, extends the joy that Shushan experienced beyond the Jews in Persia in his reading of 8:16. The joy for the gentile community was not about Mordecai’s ascension but about Haman’s hanging. Justice would finally return to the capital city, and a just world is a happier world. The French 14th-century scholar Gersonides considers both options – that it was the happiness of the Jews or the happiness of all – and concludes that “it is more correct” to read the verse as a statement of universal joy.

Because happiness is multi-valenced, Jon Levenson, in his commentary on Esther, describes the threshold of intensity expressed by the happiness in this verse. With each small victory, the Jews experienced an expression of validation from God; they were a people worthy of salvation. This added greater weight and volume to their joy:

A city bursting with joy seems like a good place to stop our story; it’s the happy ending everyone wanted and needed. Professor David Clines goes as far as to suggest that this did, in fact, represent the end of the Book of Esther. Chapters nine and ten were, in his reading, subsequent additions.[6] He also suggests, along with medieval commentators, that the four verbs that communicate joy and relief are a tonic for the four verbs used earlier to signal the destruction of the Jews: mourning, fasting, weeping, and wailing (Esther 4:3).

Even though the narrative did not stop there, we hold on to one of these verses as the happy ending to every Shabbat in the call-and-response of havdalah. With the parting of Shabbat, Jews open a new week with the hope that the darkness that has brought Shabbat to a close will only be literal and not metaphorical for the week ahead, hearkening back to a dark time in Jewish history that resolved itself in abundant light. That this is the verse we take with us from the Book of Esther to recite every week is a necessary reminder that although Jewish history is pockmarked with tragedy, we are adjured to observe the joy, whenever it comes, and carry it with us.

[1] See, for example, the comments of Abraham ibn Ezra and Gersonides to Esther 6:8.