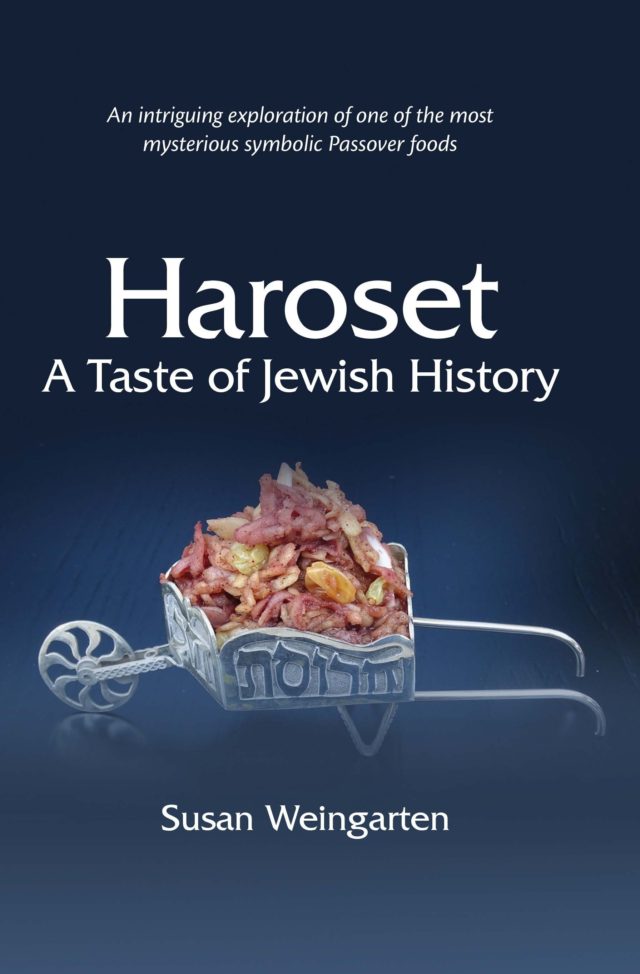 The Seder is one of the most recognizable rituals in the Jewish liturgical calendar. This yearly celebration of the Exodus from Egypt serves as a touchstone of Jewish religion and culture, with many of its features recognizable to participants regardless of their personal background. Like few other rituals, the Seder, a night when practitioners are urged to invite strangers into their homes, binds Jews of disparate backgrounds by recalling their joint history and experiences. Of course, this night of recollection has a history of its own. Numerous scholars have written about the evolution of the Seder night, from its earliest sources of Jewish law,[1] its transformations in medieval Europe,[2] and to its more modern iterations.[3]

Yet, for many participants, the most memorable part of the Seder night is not found in the text of the Magid—the recollection of the Exodus—one of the two Biblically mandated mitzvot that we undertake at the Seder, along with eating matzah. Instead, many Seder goers are drawn to the unique foods eaten at the Seder, and the interactive ways in which they are consumed, whether they are repeatedly covered and uncovered , dipped, or made into sandwiches. While these foods may not be the primary commandments of the night, this does not mean that they are without meaning.

Food generally carries larger significance with it, and can be seen as “an expression of culture, a sign of identity, and an index of social as well as technological change.”[4] The cultural importance of food is on full display when it comes to Passover, most obviously as the normal rules of Kashrut are heightened with restrictions on hametz (leaven) taking effect for the eight days of the festival. Other types of food take on a heightened importance as well. As the Haggadah reminds us, Rabban Gamliel rules that one does not fulfill their obligations of the day unless they recall the paschal sacrifice, the matzah that replaces bread, and the maror that symbolizes the bitterness of Egyptian oppression.

However, the food that Susan Weingarten chooses to focus on in her book Haroset: A Taste of Jewish History is not one of these three staples. Rather, Weingarten’s subject, as her title implies, is haroset. Weingarten’s book is full of texts that discuss haroset, and her book is replete with descriptions of the food, and its preparation and consumption from Mishnaic times through the modern era.

Perhaps the greatest strength of Weingarten’s work, beyond serving as a collection of disparate sources about haroset in one place, is her ability to contextualize the food beyond the strict boundaries of the Rabbinic works in which it appears, a feature that also ties her book to larger trends in food history. From examining the origins of haroset as an acidic condiment similar to dips that are present in Greco-Roman culinary literature, to explaining the changes in haroset ingredients based on locale (Middle Eastern haroset is largely made from dates, whereas Northern European versions include apples and pears, and Italian and Provencal haroset features widely available chestnuts), the reader begins to see haroset as a contextualizing substance, reflecting the culture and food trends in which it was eaten.

The contingency of haroset is not simply based on geographical factors. Weingarten makes the interesting argument that, as time went on, haroset was a minor flash point for tension between laity and rabbinic authorities. With the onset of modernity, “alternative local traditions” for the preparation of haroset “were growing and proliferating,” perhaps most memorably when some Middle Eastern communities added ground up bricks into their haroset, against rabbinic norms.[5] Even more scandalously, in recent years not only were the traditional ingredients of haroset replaced with others, but haroset itself could be removed from the Seder table altogether. This was often done in Israeli Kibbutzim, which rejected the traditional stress on food in an effort to create new rituals in a new land.

Thus, for Weingarten, haroset should be seen not only in its geographical context, but in its temporal context as well. Its changes are not only dependent on the place where it was being prepared, which could be explained as simply a function of what produce was available. Rather, haroset was subject to the same cultural currents that affected many aspects of Jewish ritual life, and examining its features at any given time serves to provide further insight into cultural trends.

The distinction between the practices of the laity and the rabbinic leadership highlights an important point of Weingarten’s study. Haroset treats its subject as part of a larger religious context. Clearly, this is necessary, as the food itself only appears in the religious context of the Seder, but religion does not always feature prominently in other works of food history, and its role can occasionally be glossed over in historical treatments.[6] For Weingarten, however, religious discussions are of primary importance, shaping the food and our understandings of its symbolism.

Indeed, Weingarten maintains a discussion throughout her work of various interpretations of haroset, citing the classical understandings of haroset that have their roots in Talmudic sources. Thus, throughout the work haroset is presented as a substance that recalls the bricks used by Jewish slaves in Egypt,[7] and the spices added to it stand for the straw necessary to make bricks,[8] while other classical interpretations of the food are present as well, including the Jerusalem Talmud’s line of interpretation that identifies haroset with blood (although whose blood is not specified).[9]

One of the primary symbolic themes that emerges time and again throughout the work is the inclusion of apples in haroset in some cultural settings, a practice that has its roots in the opinion of the Amora R. Levi, that haroset is in memory of the apple.[10] Weingarten compellingly argues that this elusive phrase should be connected to midrashic understandings of apples as symbols of God’s care for the Jewish people, especially during their enslavement in Egypt.[11] This interpretive stream, that haroset serves as a representation of God’s favor, extends through the medieval period into the early modern, although without referring to the same midrashic symbolism. Both Lurianic Kabbalah and Hasidic authors argue that haroset should be seen as a sign of God’s protection now and in the messianic future.

Finally, in a particularly interesting section Weingarten argues that haroset was an important symbol not only in an internal Jewish context, but in Jewish-Christian interactions as well. Jews were accused of using Christian blood in their haroset, providing another layer of meaning to the opinions maintaining that it was meant to symbolize blood in the first place.

The historical changes of haroset and of the cultures surrounding it, as well as its various symbolic interpretations, are only one part of Weingarten’s work. What makes this book special is its concern for modern haroset, bringing the historical into the present. Weingarten often notes when historical recipes match or differ from contemporary recipes she has found. These recipes are given a full treatment in the final chapter of the book which is dedicated to different haroset recipes that the author has gathered, most often from first-person interviews. While this goes outside the normal bounds of food history, which attempts to place food within a specific context rather than note its journey throughout time, it appears to me that this is an extremely fitting method through which to approach the Passover foods.

The Seder, while universal for all Jews on some level, is also a personal journey. We are all required to see ourselves as if we were taken out of Egypt. The tastes and smells we experience throughout the night are themselves memories—of the bricks we laid in Egypt and to the Matzah we carried out in our haste, but also of the Sedarim that our ancestors had before us. Weingarten’s work makes us think not only about what haroset means to us, but what it meant to the generations of Jews who have eaten it before us, and how we have kept their traditions alive through our preparation, consumption and discussions of haroset.

[2] Israel Jacob Yuval, Two Nations in Your Womb: Perceptions of Jews and Christians in Late Antiquity and the Middle Ages. (Univ of California Press, 2008), 205-256.

[3] See, for example, Yosef Hayim Yerushalmi, Haggadah and History: A Panorama in Facsimile of Five Centuries of the Printed Haggadah from the Collections of Harvard University and the Jewish Theological Seminary of America (Jewish Publication Society, 1975), as well as Carole B. Balin, “The Modern Transformation of the Ancient Passover Haggadah.” Passover and Easter: Origin and History to Modern Times. Two Liturgical Traditions, 1999, 189–212.

[6] This is true throughout much literature on food history, but to cite two notable examples, two reference works of food history, the American Historical Association’s Food in Time and Place as well as The Cambridge World History of Food, do not have articles dedicated to food’s place in religious contexts, and religion comes up on a more ad hoc basis.

No Milk, No Trust

Coping under Corona: A Review of Halakhic Approaches to Mental Health...