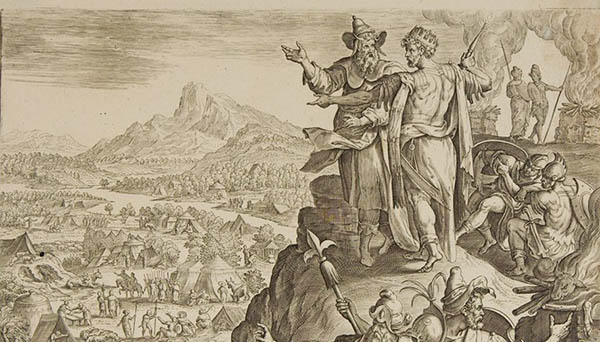 In every great story, there is another one underneath. For instance, the literary critic Helena Kelly argues that Jane Austen’s Pride and Prejudice is a parable of the French Revolution. Darcy is understood as a member of the out-of-touch nobility. Lizzie a radical “constructed to be a conservative’s nightmare.” In poetry, this notion of hidden messages flickering under the surface is even richer than it is in prose work. Poetry has the benefit of musical language, rhythms not found in prose, line-breaks, and other poetic strategies to communicate its under-stories.

Poetry, it has been said, “likes to show the truth by allowing it to be seen hiding.” This is how poetry works. It’s how the Torah seems to work, too.

At the very least, it’s how the Neziv, Rabbi Naftali Zevi Yehudah Berlin, understood it. In the third section of his Kidmat Ha-Emek, the Neziv wrote that the Bible, with a few exceptions, is not poetry. But, he wrote that its inner character is poetic because of its allusive and metaphoric quality. The implicit meaning is the heart of poetry. Similarly, the so-called hidden implications of the biblical text are its real message. Parshat Balak is fertile ground to search for the stories underneath the story, for “the truths seen hiding.” It also begs another question: why doesn’t the Torah communicate its messages more directly?

The Torah doesn’t offer much about Bilam. Messengers approach Bilam at the behest of King Balak of Moav. The King felt threatened by the Israelites. Bilam, a prophet, was asked to curse the Jewish people. In the end, he couldn’t. He didn’t.

We have to reach into the midrash and commentaries to gain a foothold into his thoughts and motivations. Even then, it’s not all that straightforward. The Midrash Rabbah (Bamidbar 20:6) inform us that his prophecy rivaled Moshe’s. On the other hand, Bilam was, according to our sages, evil; he was one of the three people who God “examined and found to be a vessel full of urine.” From where do the sages get this? We may have our suspicions about Bilam. Yet, it is not immediately apparent why the rabbis view him as arrogant, gross, and evil.

In fact, on the surface anyway, Bilam appears honest and straightforward. He says, “I cannot do anything that will transgress the word of Hashem.” So why do the sages intuit something so vile about Bilam? The answers must be derived from the implicit messaging of the Torah. Not much about the text offers so much as an inkling about this side of Bilam.

Bilam did not answer Balak’s agents right away. Instead, he asked them to stay the night, that he will report back to them after he converses with God in the morning. If he is granted permission, Bilam will do Moav’s bidding.

That night, God made three short, simple statements to Bilam. He says: “You will not go with them; you will not curse the people; for they are blessed.” God’s opinion on the matter seems clear enough.

But, if you listen carefully to the nuances, you can hear another story peeking out from under the surface.

This “hidden story” might be derived from a question, one that Rashi seems to have centuries ago: why wasn’t one comment enough? After all, each of the three comments are more or less the same. Or, at least each accomplishes the same. “Don’t go with them” ends the plot. “Don’t curse them” would foil it, too. “They are blessed,” a statement of God, should be more than enough for Bilam to recuse himself from Balak’s scheme.

For Hazal, the spaces before and after each of these three statement ring louder than the statements themselves. Hazal direct us to listen to the silences in the text, to what is not said. The meaning—the mindset of Bilam—resides in those moments of silence.

Rashi quotes the Midrash Rabbah. After God directs Bilam not to follow the king’s messengers, Bilam responded: “So I will curse the children of Israel from here then.”

God, therefore, replied: “You will not curse them.” Bilam retorted: “So I will bless them then.” God confirmed that the Jewish people were already blessed. They do not need your blessing. Bilam is not necessary. At best, his services are redundant.

So Bilam’s initial response to Balak’s agents was something less than truthful. His is not the word of God. His back-and-forth with Hashem implies to us, as readers, that Bilam thought that, sometimes anyway, that he could get away with cursing—or blessing—on his own.

The exchange also suggests that Bilam is driven by a desire to raise his personal stature and wealth by impressing the king with his powers.

So then why didn’t the Torah inform us from the outset that Bilam was a mercenary, fixated on wealth and personal status? That this meant much to him, even at the expense of cursing God’s people? Why is the Torah’s literary style, if you will, so oblique?

The Torah was written “Slant” to use Emily Dickinson’s word describing how truth must be communicated. She wrote: “Tell all the Truth but tell it Slant / Success in Circuit lies.” Dickinson’s “Slant” was a recommendation that a meaningful message must be transmitted in a roundabout, circuitous way. God, too, spoke to us in “Slant.”

It has been said that when Moshe wrote down the Torah, he was taking notes on a lecture—he did not include all of the information he had heard. Perhaps this is why the silences in the text seem to hold messages that were left out; the notes only hint at what those messages might be.

Those messages are hidden among the “lacunae of the Hebrew text” as Erich Auerbach writes in “Odysseus’ Scar.” We rarely know what the people in the Torah look like, what they are feeling or wearing. So much information (narrative and descriptive) and most of the messages are replaced by silences. The “suggestive influence of the unexpressed,” Auerbach writes, creates “a multiplicity of meanings and the need for interpretation.”

This need for interpretation comes out of the Torah’s “Slant” style. Perhaps the Torah had to be written “Slant” because our lives are also written like this. If we met a Bilam-type character would we be able to tell what he was all about? No, or at least not likely. Instead, we see fragments like notes written down with much left out. In “Revelation and Jewish Tradition,” Emmanuel Levinas wrote that the gaps in the Bible are an invitation to the reader to become actively involved in the production of meaning. Perhaps we need to learn how to be aware that meaning can sometimes be found hiding. The Torah, then, is teaching us how to read our lives. 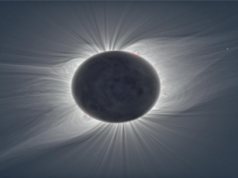 The Corona Haggadah: Reflections and Discussions to Accompany the Haggadah for Pesah 5780