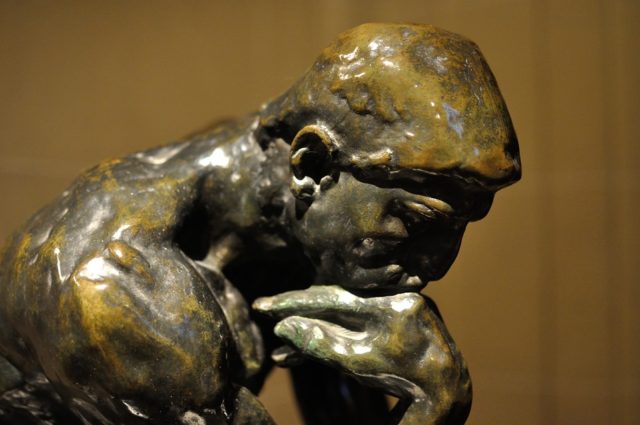 I regularly remind my talmidim and talmidot that learning, for yeshivah day school students, often requires unlearning what we first encountered while less mature. While I most commonly urge this unlearning regarding Tanakh and midrashim (think Vashti’s tail), for yeshivah students, this reminder is particularly apt in regard to “reid,” dominant analytical explanations of particular Talmudic sugyot which have been popularized in many Lithuanian-style yeshivot. While there is certainly value in becoming familiar with well-trodden “lamdanut,” which creates a common discourse and identity among those who study in and identify with lamdanut-oriented yeshivot, the flipside is that we run the risk of uncritically receiving learning without delving deeper.

The classic opinions of Behag (Ba’al Halakhot Gedolot, R. Shimon Keyara, circa 8th century Babylonia) regarding Sefirat ha-Omer exemplify precisely this pitfall. Behag is typically presented as having maintained two independent shitot: 1) One who omits the count at night may still count the next day; and 2) One who misses an entire twenty-four hour period may no longer count with a berakhah. Tosafot (Menahot 66a s.v. zekher) present Behag in this fashion, cite Rabbeinu Tam as having rejected Behag’s first view, and dismiss the second position as a “bewildering, implausible” position. (See also Tosafot Megillah 20b s.v. kol.) Tosafot and other rishonim (such as Rosh Pesahim 10:41) thus set forward Behag’s two positions entirely independently of one another.

Accordingly, Tosafot explains the logical basis for Behag’s two rulings differently: the former, concerning counting at night, is rooted in the comparison to the cutting of the omer barley, which was performed at night (Menahot 71a); and the latter, regarding missing a day, is based on Behag’s innovative invocation of temimot (Leviticus 23:15), the requirement that one’s count must be comprehensive.

This presentation of Behag’s positions has generated a tremendous amount of well-trodden discourse among rishonim and aharonim, particularly his view regarding one who misses an entire day. According to Behag, for example, if each day is dependent on all others, shouldn’t we only recite a berakhah on the first night? And, as Hida (Moreh be-Etzba 7:207) points out, why aren’t we concerned that one might forget to count at night, thus retroactively rendering all the previous nights’ blessings in vain? More fundamentally, does Behag view all forty-nine as a single mitzvah (Sefer ha-Hinnukh 306 as explained by Minhat Hinnukh ad loc.), or does he merely think that one cannot be considered to have “counted” if he skips an entire day (Rav Joseph B. Soloveitchik, summarized here)? Finally, what are the practical implications of this conceptual question for a host of situations, including one who remembers to count during bein ha-shemashot at the very end of that day, becomes bar mitzvah in the middle of Sefirah, or had been unable to perform the mitzvah due to illness or aninut (burying a relative)?

Yet when we set aside the way Behag’s view is commonly cited, and instead examine the text in its original, we arrive at a different understanding of Behag’s position.[1] Behag first addresses the laws of Sefirat ha-Omer in Hilkhot Atzeret (12), writing that “where one forgot and did not recite the blessing over the counting of the Omer at night, he should recite the blessing by day.” This seems to be the basis for the first view of Behag as cited in Tosafot and other rishonim: it is ideal to count at night, yet one who forgot may count the next day.

The ruling of Rav Yehudai Gaon is cited by Behag without comment, indicating that Behag endorses this view. If so, rather than issuing a general ruling concerning one who omits a night of the count, he is discussing the first night of Sefirah in particular. And, apparently, his comments in Hilkhot Atzeret regarding one who omits Sefirah at night were made in reference to any night but the first.

What of Behag’s position regarding one who omits an entire day of counting? While not explicit, his language suggests that, consistent with Tosafot’s presentation of Behag’s opinion, one “loses the count” if he omits an entire day of the Omer. This emerges from a close reading. It seems odd that Behag concludes by writing that “regarding the other nights, where one did not count at night, he counts by day, and it is fine.” Since his point in the first section concerns one’s ability to count future nights, we would have expected him to conclude by stating that regarding other nights, one may count future nights if he omits an earlier night. Instead, he writes that one who omits another night may count the next day. This suggests that Behag takes for granted that one who omits an entire twenty-four hour period may no longer continue to count.

A close examination of Behag’s words, then, suggests a view that is similar to but not identical with the presentation of Tosafot and subsequent rishonim. In general, consistent with Tosafot’s presentation, Behag holds that one who omits the night may count the next day, yet one who misses an entire day may no longer count with a berakhah. Yet he adds one crucial point: one who neglects to count on the first night can no longer recover the count; counting on the first day does not work.

What is the logic for Behag’s distinction? Yet again, a close reading suggests an explanation: he writes that “we require seven complete weeks and nights.” This formulation indicates that Behag utilizes a dual application of the temimot principle. First, one who misses an entire day lacks the complete counting required for the mitzvah. Second, one must draw a direct link between the date of the korban ha-omer and the count. Accordingly, one who neglects to count the first night loses the entire count.[2] In the words of Rav Sa’adiah Gaon, who holds the same position as Behag regarding the first night, “If he forgot to recite the blessing on the first night he can no longer recite the blessing on the omer this year, for they are not complete [temimot], due to what they lack at their beginning, and they no longer begin [immediately] following the holiday” (Siddur Rav Sa’adiah Gaon, pg. 155).

This view of Behag was even known to some rishonim, if not to Tosafot. R. Nissim (Pesahim 28a, s.v. u-mehayevin), for instance, cites the view of Behag that we distinguish between the first and subsequent nights, and then quotes Rav Hai Gaon as having rejected this distinction. Tur (Orah Hayyim 493), while invoking Behag in the same way he is cited by Tosafot, quotes the aforementioned Rav Sa’adiah Gaon as having drawn this distinction. Bayyit Hadash (s.v. ve-khatav) explains the reasoning for Rav Sa’adiah along the same lines we outlined above.

Yet, to the best of my knowledge, this position, apparently not uncommon among the Geonim and cited in a classic rishon, is rarely noted in contemporary discussions of Behag’s (or other Geonim’s) view. My point is not that we should set aside Tosafot’s presentation – it too is surely worthy of halakhic analysis. I am also not advocating for a reexamination of the practical halakhah; we can safely assume that no contemporary authority would entertain following Behag and Rav Sa’adiah Gaon’s stringency regarding the night of 16 Nissan. Nevertheless, an overreliance on the “reid” impoverishes our understanding of Behag in particular, and the range of viewpoints in this sugya in general.

And it is not just that we neglect to look up Behag inside. Even those who do so, informed by the “reid” on the sugya, can all-too-easily misread the text. Take the following image of the text of Behag I once found online:

Presumably seeking to underscore the classic explication of Behag’s view on the basis of temimot, the image cuts short the first underline immediately before the word “kamma,” a reference to the first night! This radically alters the meaning of Behag’s position, bringing it in line with the classic explanation with which we are generally familiar, and missing an opportunity to “discover” an alternative viewpoint.

There is a world of difference between learning the “reid” and learning Behag. By being overly reliant on summarized quotations and canned sugyot, we impoverish our ability to more fully appreciate the words of Behag – and, ultimately, the word of God.

[1] I will set aside the question of the various recensions of Halakhot Gedolot (see here for a brief summary). My interest is not in whether or not Tosafot “got Behag right” but whether we should satisfy ourselves with relying on received digests.

[2] In principle one might have accepted one of these hiddushim without the other. Tosafot’s presentation of Behag, of course, accepts the point regarding the importance of each day without granting unique status to the first night. On the flipside, R. Sa’adiah Gaon holds like Rav Yehudai and Behag that one who misses the first night fails to fulfill one’s obligation, but simultaneously maintains that “one who forgot to bless one of the nights of the Omer may bless the coming nights.”