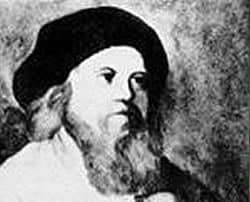 I enjoyed Rabbi Bezalel Naor’s essay on Rambam’s and Rabbi Nahman of Breslov’s respective views on poetry, but I wish he had a gone a step further. Naor tells us what Rambam and Rabbi Nahman (and Hazal, in the aggadah in Sanhedrin about King Hezekiah) thought about poetry, but he doesn’t tell us why they thought it. I want to try to address that question, in the hope that Naor and others will critique this and propose their own answers.

No reader of Rambam could miss the point that he disparaged poetry. But as Naor points out—and Rambam being Rambam, we shouldn’t be surprised at this—Rambam also wrote poetry, and used it, albeit sparingly, in all of his major works, including the Guide. That’s so even though the Guide is the work (he admonishes us not to call it a book, because that would make it sound more straightforward than it is) in which he is most explicit in his hostility to shirah.

Naor rightly cites Rambam’s statement that poetry is bad because it is filled with parables and riddles. But we have to think twice about that statement, and ask: is this really Rambam’s basis for rejecting poetry? Rambam, whose Guide is a model of opacity and twisting paths? Rambam, who tells us frankly in the Guide’s introduction that there are seven kinds of contradictions in a written work, and that his work—by explicit and careful design—contains two of those seven types? Rambam, whose Guide begins and ends with poetry? Rambam, who not only criticizes metaphors and figurative terms, but also unpacks and explains some of them, sometimes extols them, and uses them himself?

Clearly, the fact that a work contains nonlinear explication, and deploys the tools and medium of poetry, cannot be Rambam’s basis for rejecting it, because his work contains and does those very things.

What then, is operating here? I think Sanhedrin’s story about Hezekiah provides the necessary clue, which enables us to understand what Rambam and Rabbi Nahman were doing, and why they went about it in their different ways.

Let us begin with this assertion: the insistence that certain facts and events be responded to with song is an insistence that some things simply cannot be comprehended by (I mean the word in both ways: contained in and understood through) prose, or fully or accurately described by words. Other media, and other tools, are needed.

This could be because of the limits of human nature—no human being can fully grasp some aspects of reality (see Exodus 33:20). Or, it could be because of the limits of some people – those of us below the 99.99th percentile, who are unlike Rambam and unlike the one man in ten thousand who, he tells us in the Guide, is the only person whose opinion he cares about. It could be that is only us who can’t get it.

So we need help. We need art, music, and metaphor, which can convey things to us that words cannot; we need what elementary and secondary teachers call “scaffolding”—steps up toward the truth that will help us get there, or help us get as close as we can get, given the limitations of our intellects and the limits imposed by our work habits and our desire for things other than accurate apprehension of God and the world and the relationship between the two. These tools will enable us to have a relationship with a Truth that is, in its essence, beyond us, and that will enable us to live our lives more or less consistently with the dictates of a Truth that we do not and cannot fully understand.

If these are the factors at work, then I think it’s possible to understand why Rambam and Rabbi Nahman spoke about shirah differently. Both men acknowledged the limitations of the population of real human beings—the limitation of the bottom 99.99%—and of the human species as a whole. The question is what to do about it, and on this they differed.

Rambam, I think, not only in the Guide but everywhere in his work—in the Yad, in his Commentary on the Mishnah, his epistles, and even in his responsa, which mark his path as the real world leader of a community of real world Jews—pushed always and as hard as he could for as much clarity and precision as he could get and as his audience could bear, about everything, including God’s relationship to the world. He was under no illusion that most of his audience would, or could, or even wanted to see as much he saw; but he cared about them enough to want them to see as much as they could and as accurately as they could. That is the reason for his patience with people, even people who he knew would never so much as say the word “Aristotle,” much less grapple with the Philosopher’s metaphysics.

To see this, one need only read Rambam’s famous and compassionate responsum to Obadiah convert, encouraging him to feel that he is a full member of the Jewish people, who can pray with the same words as all other Jews to the God of “our fathers, Abraham, Isaac and Jacob.” If Rambam really only cared about the one man in ten thousand who can reach God with his intellect, he wouldn’t have written this responsum—in fact, he wouldn’t have bothered answering she’elot with teshuvot at all.

Nor would he have invested fourteen years of his life in writing the Yad.

Rabbi Nahman’s approach to the great mass of humanity, by contrast, seems to be to push less and to encourage more. Perhaps that’s so because he believed that no human mind could reach the greatest truths without resort to metaphor and imprecision. But certainly for the benefit of rest of us, Rabbi Nahman is quicker than Rambam to use shirah, to embrace shirah, and to champion its value as a tool for allowing humanity to relate to things that are beyond them.

Rabbi Nahman, I suggest, doesn’t particularly care whether shirah is needed because the subjects being addressed are beyond all of humanity or only the bottom 99.99%, and he is more interested in helping more people see, or at least relate to, some part of the truth than in helping a much smaller fraction of the community get as close as those, fewer and more cerebral people, can. So for Rabbi Nahman, shirah is needed, now, to enable people to have a relationship, now, with these important things that are otherwise beyond them.

And this is what is expected of a political leader of people—a leader, it goes without saying, of all the people, of an entire nation. That’s why Hazal say Hezekiah failed the test: he might have accurately understood the immense significance of Sennacherib’s defeat, but he wasn’t thinking about how to convey that idea to the entire people in a way that would enable them to understand it as best they can, to be interested in it, to be connected to it, precisely in spite of the fact that indeed they could not accurately understand it. A leader who isn’t trying to do that can’t be the Messiah.