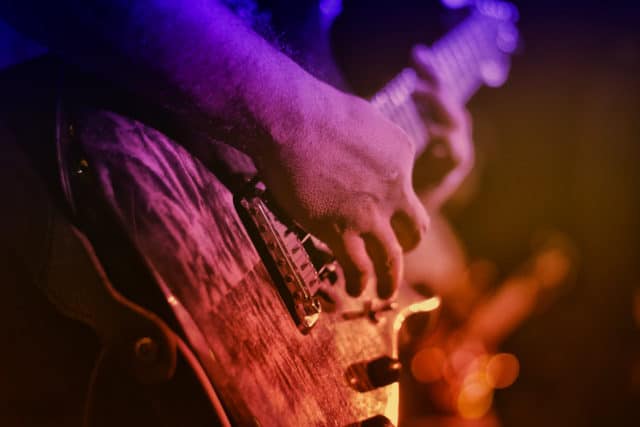 Rosh Hashanah is supposed to be The Day of Judgment.

It’s hard to feel that way after Elul.

Sure, we spend Rosh Hashanah in repentance before God, shofar blasts – we hope – escorting our prayers up to Heaven. But if Judgement Day is supposed to conjure up overawed inspiration at God’s immanence, well, the odds are good that no one who has attended davening during Elul will feel it. By the time Rosh Hashanah arrives, we’ll all have been reciting selihot for days, at least – many communities for an entire month – and blowing the shofar daily to boot; we’ll all have begged pardon from our friends and loved ones, and repented to the extent we can.

In other words, by the time we gather into shul for the first time on Rosh Hashanah, we’ll all have been numbed to its majesty by the month of Elul. It all seems so anticlimactic.

If you’ll permit the digression, a few weeks ago I was listening to Bruce Springsteen’s Darkness on the Edge of Town. This album marked the beginning of Bruce’s melancholy turn. Gone are the lovers in Little Eden, and Scooter and the Big Man busting the city in half. They’d been replaced by the sadness on Candy’s pretty face, and drag racers trying to outrun age and loneliness. Bruce, the carefree, young gun, was by this time slowly growing into Bruce, the wistful, sad, middle-aged man.

To me, one of the most striking songs from this period is “Adam Raised a Cain.” The framework for this meditation on strained family ties is, as the title suggests, a Biblical tale. The first stanza – following a frenetic, distorted guitar solo in the introduction – reads as follows:

In the summer that I was baptized / my father held me to his side. / As they put me to the water / he said how on that day I cried. / We were prisoners of love, a love in chains. / He was standin’ in the door I was standin’ in the rain. / With the same hot blood burning in our veins. / Adam raised a Cain

This is a fascinating take on the Cain and Abel narrative. In Bruce’s imagination, Cain’s behavior might be put down to a challenging relationship with his father, Adam. Right out of the womb, Adam plunged Cain right into the baptismal waters, so to speak, submerging him into a thoroughgoing value system that the latter had no time even to understand, let alone embrace. Before he could take a single emotional, intellectual or spiritual breath, Cain was already expected to have a fully-formed worldview, and act like it. And as Cain grew older, his infant tears turned to youthful resentment, then to adolescent anger, until finally father and son could no longer live under the same roof. Any wonder, then, that Cain didn’t share his parent’s ideals?

All of this reminded me of a comment I came across last year in Midrash Ha-Gadol. Commenting on Genesis 3.23, the midrash explains:

Come and see what the sin [of Adam] wrought. For once Adam committed a single sin, his stature was reduced, his countenance became faded, his diet became altered, he became a fugitive and a wanderer throughout the land, and death was inflicted upon himself and all his descendants until the end of generations.

When last I read this passage, I had underlined the bolded part. I could tell, at least, that I had before me a reference to Cain’s punishment for murdering Abel (Genesis 4.12), but for the life of me I couldn’t figure out why the midrash had gone ahead and applied it to Adam. But might we perhaps read this midrash as intimating that, one way or another, the roots of Cain’s wrongdoing should be sought with Adam, with that same hot blood burning in their veins?

Whatever the case may be, I get it. Cain had no time to adjust to, or maybe even really comprehend, his parents’ expectations for him. Not that this excuses Cain, of course – after all, was Cain his parents’ keeper? – but guilt and innocence is not what I’m after here. What I want to know is how Adam and Even could have ended up raising a Cain. And I think the answer might be that they did it by raising Cain too quickly. Cain needed a moment to breathe, and that was time he wasn’t given.

To return, then, to my first question: why have an entire Elul right before Rosh Hashanah, if the latter can only feel less radical and transformative as a result? The answer, it seems to me, is that that’s precisely the point. Approaching Rosh Hashanah with no preparation – no time for self-reflection – would be a disaster. Much like Cain railing against an overbearing father and a set of principles he was given no time to appreciate, most of us – forced to march straight from the lazy heat of summer into the Heavenly Courtroom – would feel overwhelmed, unprepared, and resentful. Surely even those who exhibit exemplary devotion to God throughout the rest of the year have difficulty adjusting to the rigors of Rosh Hashanah. How much more so the rest of us? Much better to approach Rosh Hashanah – the Day of Judgment – after becoming gradually spiritually acclimated to the demands of that day.

In other words, Cain needed an Elul. So do we.