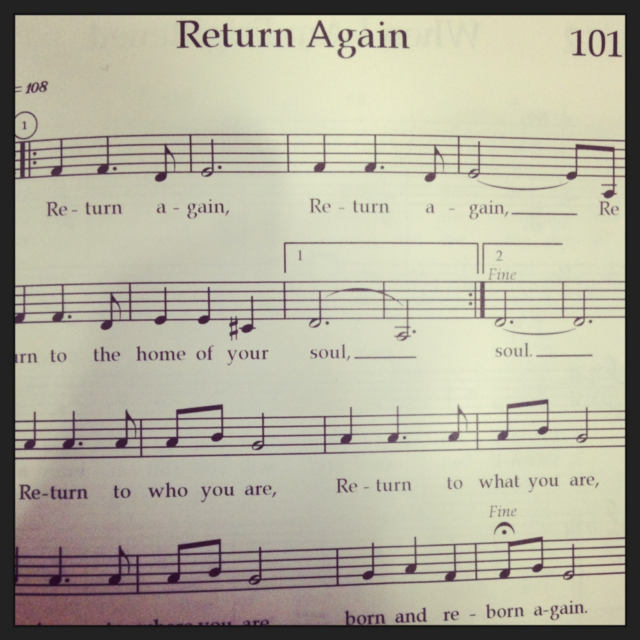 Elul and the Yamim Noraim are the primary time for increased introspection and for teshuvah, repentance from our sins and the concomitant return to God. Central to the process of teshuvah is the act of vidduy, confessing sins and seeking atonement. It would be surprising, then, to find a traditional Jewish text dissuade a sincere individual from confessing or repenting – presumably you can never go wrong with some extra vidduy! Yet there is a perplexing Talmudic passage in which at least one opinion seems to deter undertaking this process.

The Sages taught: With regard to transgressions that one confessed on this Yom Kippur, he should not confess them on another Yom Kippur. But if he repeated those same transgressions during the year, he must confess them again on another Yom Kippur. And if he did not repeat them but did confess them again, about him the verse states: “As a dog that returns to its vomit, so is a fool who repeats his folly” (Proverbs 26:11). Rabbi Eliezer ben Ya’akov says: [If one confesses in subsequent years,] all the more so is he praiseworthy, as it is stated: “For I know my transgressions; and my sin is ever before me” (Psalms 51:5). But how do I establish the meaning of the verse: “Like a dog that returns to its vomit?” It may be established in accordance with the opinion of Rav Huna, as Rav Huna said: When a person commits a transgression and repeats it, it is permitted to him. [The Gemara is surprised at this:] Can it enter your mind that it is permitted to him because he has sinned twice? Rather, say it becomes to him as if it were permitted.

There is a dispute as to whether sins atoned for a previous year should or should not be confessed and atoned for once again. The opinion of the tanna kamma, the presumed normative opinion, is that one should not confess again for the same sin, while Rabbi Eliezer ben Ya’akov argues that one should.

The issue does not clearly resolve itself if we consider the commentaries and codes. Both the Rif and Rosh codify both opinions, not offering a clear normative position. Rambam (Teshuvah 2:8) asserts that one should repeat repentance on these sins; Tur Orah Hayyim 607 quotes the Ri”tz Giat that one should not, but himself is disposed to returning to those sins when confessing. There are also some compromise positions: Meiri 86b says that one should not re-repent, but it is not so bad (ein kepeida be-kakh) if one does, and Shulhan Arukh Orah Hayyim 607:4 rules that one may (yakhol) return to those sins when repenting. It thus emerges there is no clear consensus, although the evidence does tip in the direction of at least allowing for the return to these sins.

Now that we have established that the reticence to repent a second time on prior sins has at least some standing in the authoritative halakhic literature, it is worth considering why this might be. What would be a reason to stay away from repenting once again for previously repented sins?

One answer could be that such a process would be redundant. If one has already done proper teshuvah, and also undergone the cathartic expiatory process of a previous Yom Kippur (see Yoma 85b), the sin has been fully atoned for, and there is simply no need to go back and atone once again. There are two drawbacks or limitations with this approach: First, such a strong response by the Talmud – decrying this act “as a dog who returns to its vomit” – would seem to be unwarranted. Second, not all sins can simply be atoned for with a teshuvah-and-Yom-Kippur cycle. An extra confession would not be redundant for those sins which still remain after Yom Kippur, yet the tanna kamma would still forbid it. The Minhat Hinnukh (Mitzvah 364) offers a nod in this direction – he tentatively suggests that the whole debate here is only for those sins that are too severe to have been previously forgiven; for those sins that were resolved at an earlier point, there is no dispute at all – both sides agree that the confession would not be necessary. One might offer a modified version of this point as the source of debate between the tanna kamma and Rabbi Eliezer ben Ya’akov. Maybe they are precisely disputing whether these severe cases are to be seen as completely atoned previously, in which case there is no reason to go back (the tanna kamma’s position), or whether at some level, the atonement is incomplete or at least can be enhanced (Rabbi Eliezer ben Ya’akov).

Alternatively, we might assert that all agree that the sin under discussion has previously been atoned for, but the question is whether, despite that fact, there is still reason for atonement. Is repentance in such a case praiseworthy or condemnable? Rabbenu Yonah, in his magisterial Sha’arei Teshuvah 4:21, offers two explanations for why repenting for an already atoned-for sin should be condemned, building on the version of this Talmudic passage appearing at Midrash Tehillim (Shokher Tov 32:2). He first suggests that one who feels a need to continually return to prior transgressions for which they previously repented demonstrates a lack of belief in the power of repentance. Rav Yitzhak Hutner (Pahad Yitzhak, Sha’ar Yerah ha-Etanim, 17:5) offers a slight variation of this teaching – even if this person does not reject the concept of repentance as a whole, he seems uncertain of his own prior repentance on this matter. Following the metaphor, he has failed to successfully ״vomit out״ the poisonous sin he had previously experienced; returning to it again, even with a repentant attitude, indicates insufficient prior transformation. Rabbenu Yonah’s other reason pertains more to the issue of having the appropriate focus. He argues that one who dwells on last year’s sins, now resolved, rather than on the more pressing, untouched sins of this year, irresponsibly ignores the more urgent work immediately in front of him. In both approaches, the repentance itself is not problematic as much as a broader attitude that it reveals, whether distrust in repentance or unwillingness to face pressing challenges.

If returning to previously repented sins runs the risk of redundancy or inappropriate focus, what are the positive ramifications of returning to these actions? Aside from the basic point that more repentance can only help, two more developed perspectives have been offered by two great thinkers of the twentieth century, Rabbi Eliyahu Dessler and the Lubavitcher Rebbe.

R. Dessler, in his Mikhtav me-Eliyahu (helek 4, p. 86), notes that just because one has repented for a previous sin, they have not necessarily removed their susceptibility to that sin entirely. The fact that one previously failed in connection with that sin means that it will be easier to sin the next time around, a theme emphasized at the end of the Talmudic passage cited above. (One might additionally suggest that previous sins reveal not just one’s established patterns but also one’s natural proclivities, which have not necessarily changed despite the prior atonement.) In order to remove all remaining traces of sin and undue behavioral patterns, it is necessary to revisit the sin and repent again, not to earn atonement (already achieved) but to continue improving one’s disposition.

Rabbi Menachem Mendel Schneerson, the Lubavitcher Rebbe, has a different suggestion as to why one might need to repent for these sins despite having previously accomplished atonement, which he explains in his Likkutei Sihot (vol. 29, pp. 208-09). First, he argues that Yom Kippur demands repentance from each person apart from the usual obligation to repent in resolving an outstanding sin. The repentance on Yom Kippur takes on a communal rather than individual nature, and applies to all prior sins, regardless of whether they were previously atoned. He then adds to this framework a theory of distinct levels of repentance, based on the Tanya: the previous repentance may suffice to yield atonement, but only relative to the spiritual level the person was inhabiting at that point; however, if one later attains greater spiritual heights, the need for repentance increases as well. (This is similar to the idea of Rabbi Nahman of Bratslav that teshuvah requires another teshuvah, relative to one’s newfound spiritual state; see also the discussion of this phenomenon by Rav Shagar.) In this context, the impetus to repeat repentance is a function not just of one’s generally more elevated spiritual state, but particularly of the temporal context of Yom Kippur. This is why the Talmud speaks of “this year” and “next year,” referring to teshuvah season, rather than simply referencing previously atoned sins. The spiritual level one reaches on Yom Kippur fosters the potential to undertake higher-order repentance on prior sins.

In addition to these various insightful views into the phenomenology of repeated repentance, I wonder if it is possible to draw in another perspective from the psychology of religion more generally. Herant Katchadourian, in his Guilt: The Bite of Conscience, notes that different religious traditions have distinct views on the value of guilt in one’s religious life. In his admittedly overly broad typology, cultures and religions of “the West” dwell on guilt, while Eastern religion and culture often deny having any experience of guilt at all, and certainly deny it any religious value. One might reconstruct a debate between these reified systems of thought as to whether one should employ guilt that “enhances empathy towards others… restraining people from engaging in risky, illegal, and immoral behavior” (p. 135), or whether it is better to “recognize some version of feelings of regret and remorse, but… not dwell on them, [simply] dealing with their consequences” (p. 237). The two sides of the debate on whether to dwell on past sins once they have already been atoned for apparently fall out along similar lines. Is the benefit of the constant awareness of one’s past foibles – “and my sin is before me always” (Psalms 51:5) – determinative? Or does that sense of guilt actually drag down the repentant individual, forcing them to dwell on their sin, to stew in their own vomit, as it were? Does this guilt prevent religious growth more than it fosters it? It could be that these various perspectives are bringing different aspects of this psycho-religious question to the fore.

As we find ourselves situated within the focal season of repentance and atonement, it is essential that we find the proper path forward, balancing between these competing values. May we all succeed in avoiding the pitfalls of twice-baked teshuvah while growing from situating our prior sins ever before us.

I would like to thank Rabbi Shalom Carmy and Rabbi Elinatan Kupferberg for their input to earlier drafts of this article.