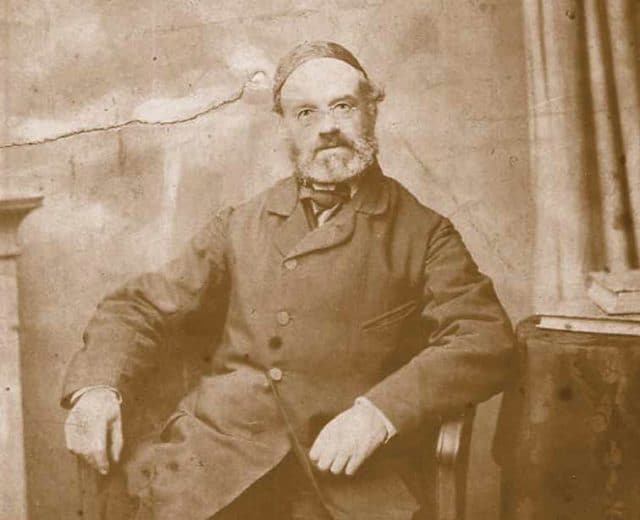 Is Orthodox Judaism compatible with biblical criticism? At first glance this question seems absurd since Bible critics generally claim that the Pentateuch is a historically inaccurate, incoherent work composed of multiple sources that changed over time. But in academic biblical studies there are lesser-known conservative scholars who question these assumptions, arguing that the Pentateuch is more unified, coherent, historically accurate, and ancient than most critics contend.

In his recent essay “The Corruption of Biblical Studies,” Joshua Berman argues that there is an endemic bias in academic Bible studies against these conservative scholars whose work is automatically dismissed as not rigorous and “agenda-driven,” no matter the evidence. In a response to Berman, Marc Brettler connects a conservative approach to Bible scholarship with Orthodoxy writing that “it is not surprising that an Orthodox Jew like Berman would resist it [source criticism].” It would seem that Orthodox Judaism is compatible with critical Bible study, if it is undertaken in a conservative manner. But looking at the roots of Orthodox and Conservative Judaism in nineteenth-century Germany, it becomes clear that matters are much more complicated.

Orthodoxy versus Conservative Judaism in Germany
In 1845, Reform rabbis held a rabbinical conference in Frankfurt. The attendees included Rabbi Zacharias Frankel, a self-described “moderate reformer.” But when Frankel saw the reforms being adopted at the conference as too radical, he walked out. Frankel’s action galvanized like-minded Jewish religious conservatives and a year later Frankel sought to organize a conference to solidify this group.

In 1859, Frankel presented the theory behind his theological approach in his book Darkhei Ha-mishnah, a methodological introduction to the Mishnah. Frankel regarded himself as propounding a conservative approach to Jewish law. While many Jewish reformers claimed that historical criticism demonstrated that the ancient rabbis invented new laws that they then read into the Bible through fanciful interpretations, Frankel used historical scholarship to argue for the antiquity of many mishnaic laws. The Mishnah was composed in the third century CE, but Frankel argued that many of its laws were substantially older going back at least six hundred years to the times of Ezra. Frankel defined his ideological orientation as “Positive-Historical” Judaism and headed the first modern rabbinical seminary in Germany, the Jüdisch-Theologisches Seminar in Breslau. Frankel’s seminary sought to serve all German Jews, training rabbis that would serve in both Orthodox and Reform communities. It is not incidental that when Conservative Judaism emerged in America it originated in a break with Reform, called its flagship institution the Jewish Theological Seminary, and sought to train rabbis that would serve in all Jewish communities.

Rabbi Samson Raphael Hirsch was the intellectual founder and leading figure of German Neo-Orthodoxy. In light of his staunch opposition to Reform Judaism, Hirsch’s contemporaries assumed that he would regard Frankel as an ally. But when Frankel published Darkhei Ha-mishnah, Hirsch harshly criticized it. At the core of Hirsch’s argument was his contention that the gap between Frankel’s conservatism and Reform was relatively minor compared to the gap between Frankel’s position and Orthodoxy. Hirsch explained that Orthodoxy was premised on the idea that God revealed the entire Oral Torah to Moses on Mount Sinai along with the Written Torah (the Bible). While Frankel had argued on historical grounds that many rabbinic laws were centuries older than the Mishnah, Hirsch argued that this position remained completely at odds with Orthodoxy.

Old was not enough. Even if rabbinic laws went back to Ezra’s time or earlier, they were still composed hundreds of years after Moses. Hirsch further showed that Frankel’s approach was grounded in the assumption that the early scribes (soferim) had created the Oral Law in a specific historical context that shaped its teachings. This opened the door to arguing that the Torah’s laws should be adjusted to fit contemporary circumstances. But for Hirsch Orthodoxy assumed that the Oral Law was revealed to Moses by a timeless God and was eternally valid.

While Hirsch attacked Frankel’s view of the Oral Law, we can easily apply his arguments to the Bible. While conservative Bible critics argue that biblical texts are much older, more coherent, and more historically accurate than scholars commonly assume, there remains an unbridgeable gap between these “conservative” claims and the Orthodox view that God dictated the entire Bible to Moses, which was preserved uncorrupted. As Hirsch never tired of pointing out, the problem for Orthodoxy is not with the specific conclusions of a historian, but with the historical method itself. The underlying assumption of the historical method is naturalism, namely the belief that texts are created by human beings in response to shifting historical circumstances. By contrast, Orthodoxy rests on the belief that the Torah is the product of supernatural revelation and eternally valid. Hirsch was not the first to recognize the chasm separating Orthodox belief about the Bible from historical criticism. Spinoza understood it nearly two centuries before him.

Spinoza’s Clarity about the Premises of Biblical Scholarship
Berman correctly identifies Spinoza as a founder of critical biblical study. But he does not give him sufficient credit when he claims that before Newton nature was presumed to be impenetrable and Newton’s discovery that nature operates according to precise laws gave a decisive impetus to biblical criticism. Spinoza clearly held a view of science similar to Newton’s in vital respects. This is evident from his posthumously published Ethics, where he describes nature as operating according to universal laws of “motion and rest” and human thoughts and emotions as arising according to a necessary, causal order that can be determined. In his 1670 Theological-Political Treatise, Spinoza compares the study of the Bible to the study of nature writing that “the method of interpreting Scripture does not differ at all from the method of interpreting nature, but agrees with it completely.” The only reason Spinoza asserted that the meaning of certain words in the Bible or the authorship of certain books could not be definitively established was because he thought there was insufficient evidence. Spinoza never doubted that historical study could be a precise science.

Standing at the boundary between the medieval and modern worlds, Spinoza understood that naturalism was the core assumption of the historical method.

For this reason, the most important chapter of the Theological-Political Treatise is chapter six which treats miracles. In this remarkable chapter, Spinoza seeks to convince the religious believer that miracles are not possible. He argues that God’s nature is incompatible with miracles and that the Bible itself deems miracles impossible. The reason Spinoza makes these astonishing claims is because he recognizes that a religious believer confronted by a scholar analyzing the Bible using a historical-critical method could simply deny that the Bible arose through natural causes pointing to the Bible itself as evidence of its miraculous origin. Spinoza understood that in this case historical criticism could not disturb the religious believer’s conviction. He therefore argues that God’s nature and the Bible itself preclude the possibility of miracles for in that case a historical approach is the only valid method for discerning the Bible’s meaning and compositional history.

For Hirsch (as for Spinoza), Orthodoxy and historical scholarship rest on mutually exclusive, utterly irreconcilable premises. Historical scholarship assumes that history unfolds according to natural processes and that all literature is generated by human actors operating within specific historical contexts. When problems such as contradictions, gaps, repetitions, etc. occur in the biblical text, the scholar explains them as the result of errors, multiple sources, competing agendas, etc. By contrast, Orthodox Judaism rests on the assumption that the Torah is a unique, perfect text miraculously dictated by God to Moses. The Bible’s contradictions, repetitions, and gaps show that it is not a straightforward text, but rather a hieroglyphic work consisting of multiple levels of meaning that must be deciphered.

Hirsch’s Assault on Orthodox Confusion
Hirsch recognized that some Orthodox scholars of his day thought that one could apply a historical method to the Torah. For Hirsch, this betrayed a lack of clarity about the theological principles upon which Orthodox Judaism depends. In 1873, Hirsch warned the scholar and staunch defender of Orthodoxy Rabbi David Zvi Hoffmann not to publish his dissertation “Mar Samuel: The Life of a Talmudic Sage.” Hirsch objected that Hoffmann’s use of academic methods had led him to positions irreconcilable with Orthodox Judaism, such as that the Mishnah and Talmud introduced new laws in response to changing historical circumstances and that certain halakhic decisions derived from Mar Samuel’s “humanitarian” personality traits. For Hirsch, Hoffmann unwittingly undermined the eternal validity of the Oral Law by historicizing it.

From the Hirschian perspective, Berman’s criticizing Bible scholars for having a liberal bias misses the point. The problem is not liberal bias, but the very fact of applying the historical method to the Torah. While conservative Bible scholarship may sound close to Orthodoxy, it operates on the basis of the same naturalistic presuppositions employed by liberal scholars and so ends up undermining the eternal validity of the Torah. The point is not whether scholars with impeccable Orthodox credentials have engaged in Biblical criticism. Clearly they have. The point is Hirsch’s contention that an Orthodox Jew engaged in biblical criticism is knotted in impossible self-contradiction.